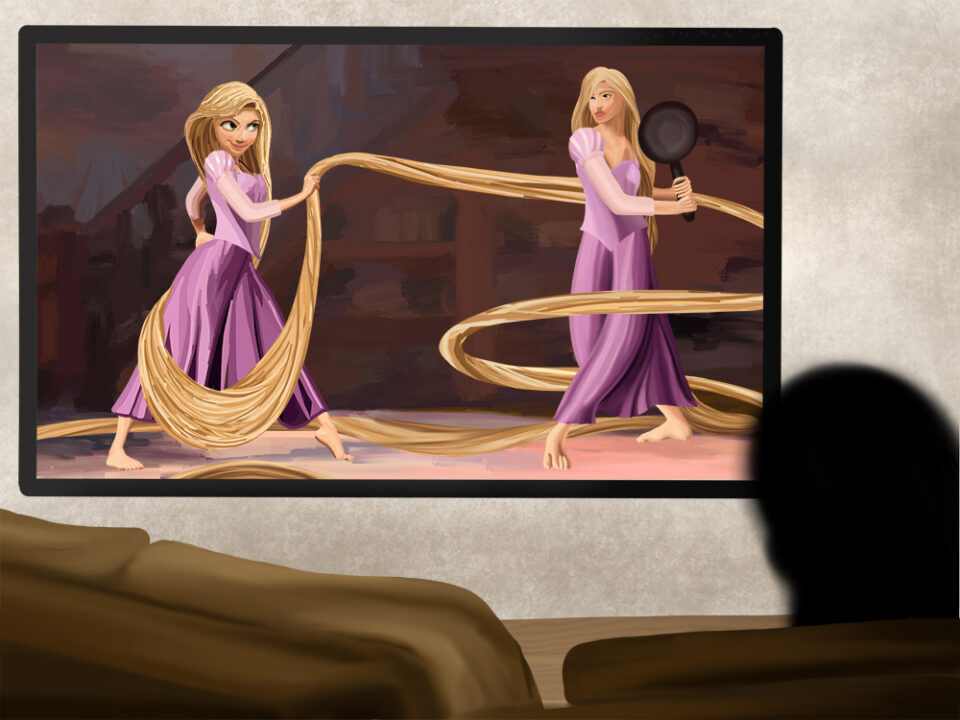 The success of animated Disney movies with kids and parents alike in the past few decades has relied on their imaginative stories with compelling characters and a healthy mix of music and humor. Although Disney adapts most of their animated works from old fairy tales, they put an inventive and enjoyable twist on the classic stories. The new live-action versions lose this luster, however, and are often simply a derivative reshooting of the original or a failed attempt at a more modern remake, sacrificing the child-like appeal for a blockbuster budget.

One of the best critically-received animated Disney movies, the 1994 “The Lion King,” was remade in 2019 with photorealistic computer effects but received a mixed critical response. The review aggregator website Rotten Tomatoes’ “Critics Consensus” calls the modern adaptation “a by-the-numbers retelling that lacks the energy and heart that made the original so beloved.” Despite having a massive budget and a star-studded cast including Emmy, Golden Globe and Grammy winner Donald Glover and Beyoncé, who needs no introduction, the movie was merely mediocre.

“The Lion King” was poised for success, but fell into a trap that will destroy any originality in future live-action Disney remakes: fear that a passionate fan-base will loathe an innovative take on a classic. Jon Favreau, director of the 2019 version of “The Lion King,” has made a long list of creative movies including “Elf” and “Chef” and has also succeeded in adapting source material such as his movie that launched the Marvel Cinematic Universe, “Iron Man.” When it was time to tell the tale of Simba, however, Favreau openly stated in an interview he was too afraid of angering fans of the movie to make any substantial changes.

Ultimately, “The Lion King” lacked all of the inventiveness that powered the original to number one at the box office in 1994.

“The Lion King” also exemplified another unavoidable problem that arises from Disney retellings. A realistic portrayal of animals rather than the typical fun-loving cartoonish style distances the audience from the characters. Critics panned “The Lion King” for the photoreal style, saying it was nearly impossible for the animals to express the human-like emotions that drove the original.

Take planned future makes like “Little Mermaid” and “Lilo and Stitch,” which heavily feature non-human creatures that are central to the story. How will it look to have Ariel talking to a lifelike crab? How can Disney make Stitch both cute and a monster, something the original animated style is able to achieve? When it comes to “Pinocchio,” a horrifying human-donkey hybrid seems inescapable. The only way Disney can avoid this issue is to cut characters, but this serves as an error in its own right such as in “Mulan,” in which dragon side-kick and comic relief Mushu — a core part of the original — is gone entirely.

With exorbitant funding, Disney remakes also trade storytelling for spectacle. In “The Lion King,” Favreau threw any creativity out the window for technological innovations. In “Aladdin,” large set design and special effects still resulted in an empty retelling that “never approaches the dazzling splendor of the animated original,” according to Rotten Tomatoes. “Dumbo,” a remake that flew under the radar compared to “Aladdin” and “The Lion King”, garnered the worst reviews of the three, shoehorning in changes for the sake of originality, which caused the movie to be “more workmanlike than wondrous,” according to Rotten Tomatoes.

The magic of Disney’s animated movies come from the world they allow viewers to escape into, driven by highly emotive characters and original stories. Live-action remakes miss out on both of these appeals, however, rehashing existing plot-lines without offering anything other than a big budget and an overcrowded affair. The point of Disney movies should be to experience an inventive and family-friendly hour and a half of entertainment, and as Disney has shown with highly enjoyable films like “Moana” and “Frozen,” there is still a wealth of new ideas to explore. Continuing to reboot classic and beloved stories robs a new generation of fans of the creativity that has resulted in the best Disney films to date.

Since the early 1950s, Disney began production of live-action copies of their original films. The revival of Walt Disney movies in this new form allows people to reminisce for classic films with a modern twist. Though the core characters in the remakes remain the same to provide a sense of familiarity to the viewer, changes in the plots allow the new movies to stay relevant with events and issues in society today.

For example, Disney’s original “Aladdin,” a 1992 film, features a street urchin, Aladdin, pursuing a woman of royalty, Jasmine. Together, they attempt to overcome the social and cultural inequalities of 18th century Agrabah, a fictional city based on the current city of Baghdad. The twists and turns in the orphan and the princess’s quest for love and social justice became the beloved feature film, ranked the ninth-best animated Disney movie by Rotten Tomatoes critics. The 2019 live-action version of “Aladdin” addresses not only on the conflict of status, but also of gender roles reflected from the 1700s to the modern-day world. The original story of “Aladdin” was most likely set in the early 18th century, according to an article in TIME magazine. In the new movie, Princess Jasmine is given a more prominent part than her previous role. While the overall plot focuses on the romantic bond between peasant and aristocrat, Jasmine’s perspective is brought to light when her voice is repressed multiple times by the male figures in her life. She is also given a song in the film, titled “Speechless,” to convey her role as a young woman who wishes for her voice to be heard in a male-dominant society. In recent years women have battled for equal rights, respect and representation.

Two years before the live-action Aladdin came out, the first-ever Women’s March in Washington D.C. fought for gender equality and human rights reform. In Afghanistan, closer to where the movie takes place, women face victimization even under protection from regulations set by the government, according to the Middle East Institute, a non-profit research center in Washington D.C.

Though these two issues are not directly addressed in the movie, Jasmine’s larger role expands in the central plot of the live-action film, increasing the focus on the role of women and their fight for freedom. In the original “Aladdin,” the laws of the kingdom prevented Jasmine from ruling on her own, presenting the need for her marriage to a prince. At the end of the new film, however, Jasmine is promoted to Sultana of Agrabah, with whole power to make decisions.

Similar to the character development in Aladdin, Disney’s live-action remake of “Beauty and the Beast” acquired a few changes, as well. The classic story focuses on Belle, an avid bookworm who tries to avoid marriage in her patriarchal society. Others featured include Maurice, her father the inventor, Gaston, Belle’s conceited, to-be husband and the Beast, a prince cursed to look like a monster because of his self-absorbed personality. While Belle is not portrayed as a damsel in the original movie, she has no job, only to serve her ailing father. The 2017 remake, however, features Belle as the inventor, rather than her father, and creates a stronger heroine, as she is the only literate woman in her town.

Much like “Aladdin,” the live-action remake takes a classic but updates it for modern times with a theme of female empowerment throughout.

Although some Disney live-action movies developed their characters to better suit the changes in modern society, a few, such as “Mulan,” eliminated and added several roles altogether, in order to peak the interest of viewers. On one hand, the older version included Li Shang, a military general and Mulan’s love interest, Mushu, a talking dragon sidekick, and multiple songs throughout. The new movie, on the other hand, will not include Mushu, Shang or any songs, but will add more antagonists to make the plot more realistic. At a footage presentation for the press, director of “Mulan” Niki Caro said she wanted to honor the realism of a story like “Mulan.” Caro said because people wouldn’t break into song before a war in the real world, it would dishonor the film to add music to a storyline about war and violence. The core of the movie is a war story about a woman in a society ruled by men, trying to find her place and defend her family. The live-action film brings out the heart and message of “Mulan” to all viewers through the new changes.

Live-action movies might seem like mimicry of their original counterparts, but in reality, they help address and adjust to the ever-shifting social norm. Based on the content created so far, the new Disney feature films stay true to the heart of the narrative, and add their own concepts to modernize the classics. When combining old stories with new ideologies, Disney’s live-action films become the peak of a family cinematic experience today.

Do you like live-action Disney remakes? Let us know in the comments below.

I say no. I never liked their live action remakes. I say they need to stop making them.