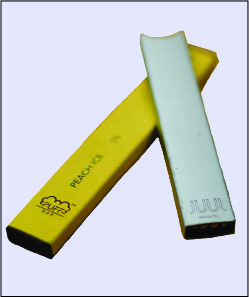 “[Starting to vape] was kind of a spontaneous thing. I was just with a friend, and I thought, ‘Why not go and buy one?’ and it just kind of progressed from there. I didn’t think that I would get hooked, but I did. I didn’t really feel any pressure. It wasn’t like, ‘Everyone’s doing it, so I’m going to do it.’ It was just kind of like, ‘Why not?’

I don’t want to condone it, but at first it was pretty good because obviously at first when you’re not used to it, the effects are much larger. When I first started it was kind of a euphoric dizziness. But after a while the effects obviously wear off, and you don’t get that buzz anymore. I wouldn’t say there’s much of a best part. I would say the best part was something to occupy myself. And then the worst part was obviously the loss of money and just, yeah.

So what it tastes like — I mean, it kind of depends on the flavor, I guess — but it’s really hard to describe. It’s very unique, and once you do it you know how the base of nicotine [tastes]. And then how it feels, like again it’s kind of a light headed, euphoric, like ‘I’m on top of the world’ buzz type feeling. I mean, it doesn’t last very long, and again once you get used to it you don’t get that same effect anymore. But when you first start, that could be about the feeling.

My parents never found out, but as for my friends it was kind of like a disappointment, but it was kind of also like, ‘It’s just normal.’ They were surprised but also so many high schoolers do it; it wasn’t really abnormal for me to start.

Nothing really influenced me [to quit], especially not the ads they run. I thought it was just time because I kept spending money, and I saw my money going down the drain. And I don’t have a very addictive personality, so I can quit things cold turkey and be OK. So that’s what I did.

Because the ads really are condescending and unconvincing because if you think of — this sounds kind of cliché, but if you think of the teenage mindset, running a couple of ads telling you not to do something is not going to stop them, and it might want you — like, it might just want to make you do it more. Because, also, the ads just weren’t very convincing in general. Like, coming from someone with mental health issues, when I saw ads that talked about how it caused anxiety and depression, I already deal with those things, so I kind of just shrugged it off. 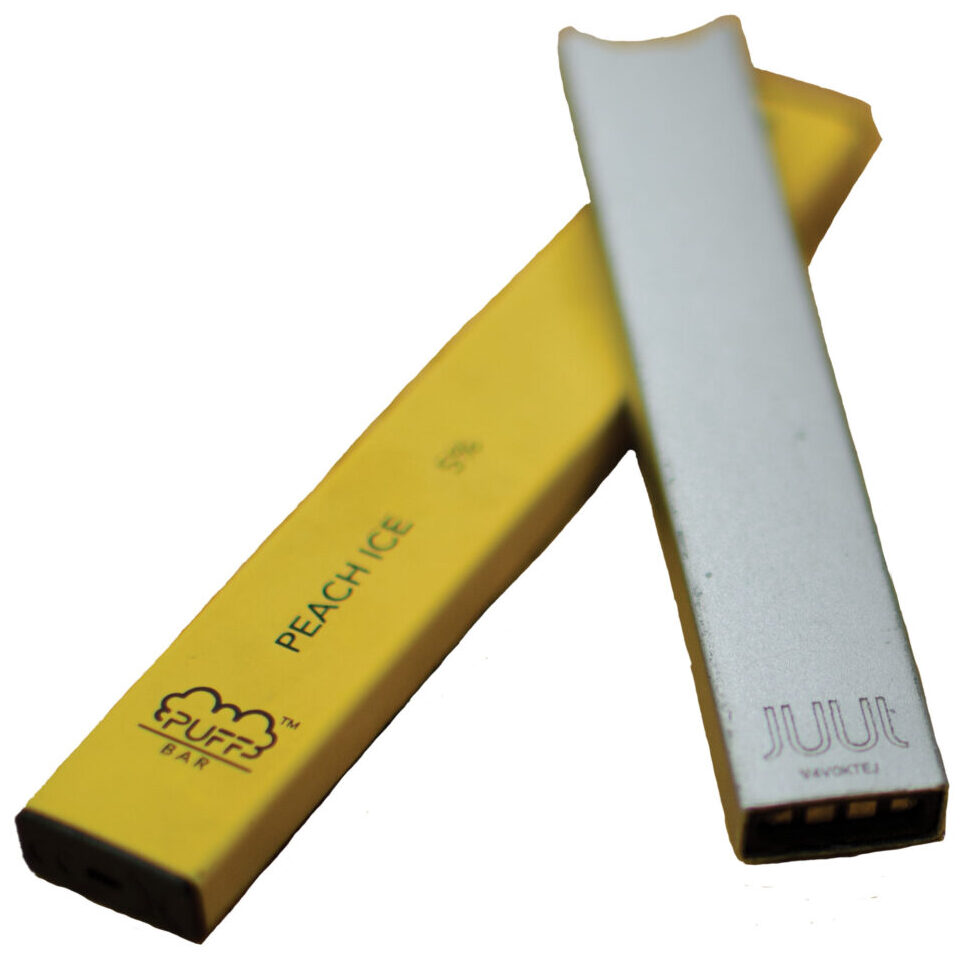 I don’t think there was an exact moment where I said, like, ‘I’m going to quit.’ I think at one point it was my last pod or something and I just said, ‘I’m going to quit.’ But it wasn’t like this moment of clarity drastic thing. It was like I had been thinking about quitting for a week, and I had like a little stuff left, so I was going to use that and then stop.

Thankfully I wasn’t vaping for very long. It was only a month or two, but in the long-run, I’m hoping that it won’t affect me very much. Like, obviously I know the damage is done, but it just kind of is what it is.

Like, I’ve accepted that that was a bad decision for me to make, and I’ve kind of accepted the impact it has had, although seemingly minimal.

I wasn’t too concerned about [the health ramifications of starting] because I didn’t plan on getting addicted and I was like, ‘Oh, oh well.’ And after, I mean when I first quit I noticed a little that it was hard to run and do stuff like that, but I didn’t notice that throughout the experience because I wasn’t very active. So I wasn’t necessarily on top of the ramifications of it, but I — after quitting I know that there are inevitably some.”