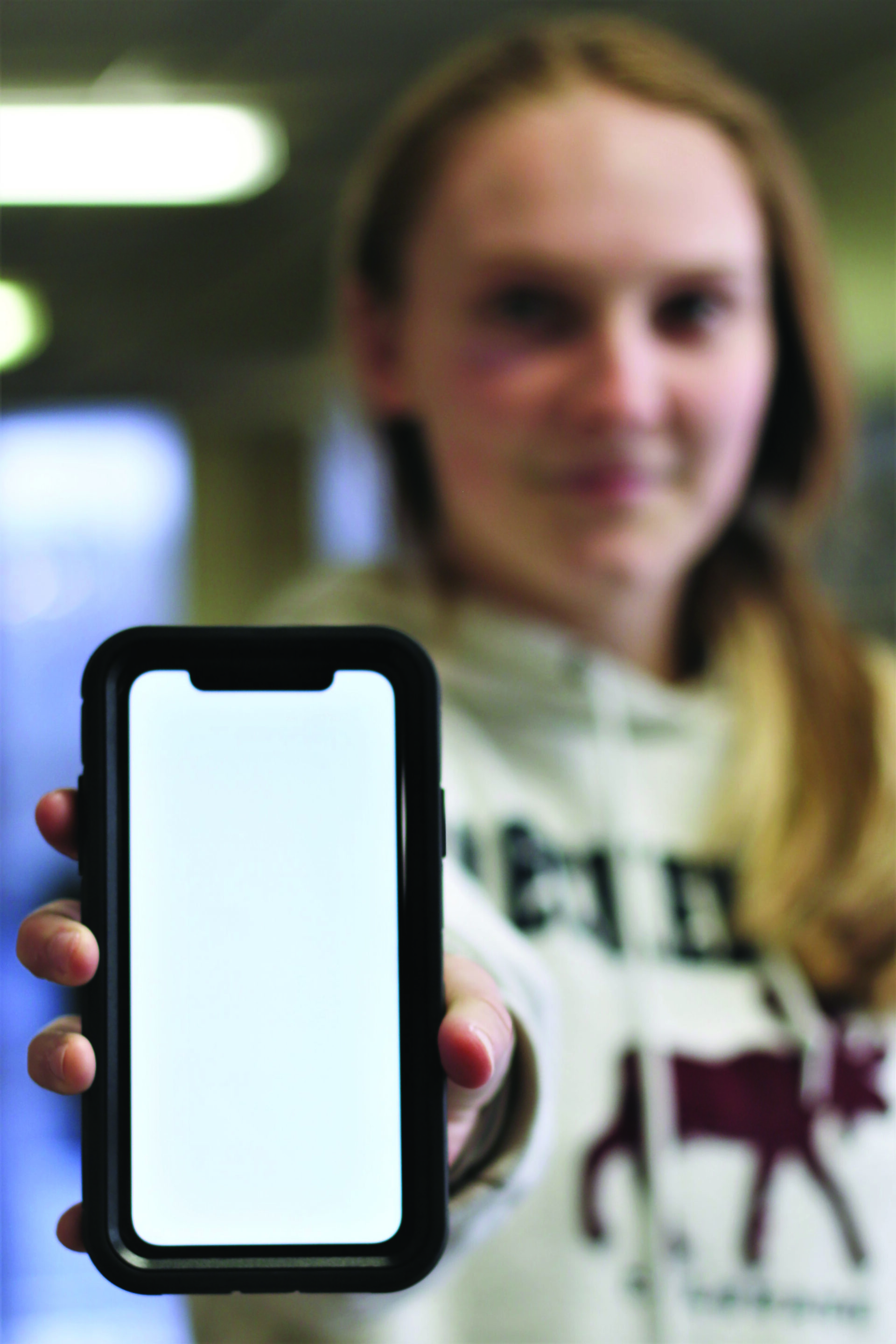 Biden carried the state with a dominating lead for the Democratic primary, winning in every county including Columbia, Mo, which favored Sanders in 2016.

While Biden received more than 60% of the popular vote in Missouri, 18-29 years old favored Sanders significantly. An exit poll by CNN showed 70% preferred Sanders while only 25% chose Biden; however, the 18-29 year old voting block only accounted for 14% of the total vote.

University of Missouri — Columbia (MU) American Politics Professor Dr. James Endersby said he encourages his students to vote, but he said election turnout for young adults is consistently very low. An analysis by Tufts University found only five to 19% of those 18-29 years old voted in Super Tuesday or March 3 election states.

A different analysis by Tufts University also said increased participation from young voters can significantly influence election outcomes. In 2018, there was a 188% spike in Senate midterm election participation from voters ages 18-29, the highest in more than 25 years. This impressive turnout was a determining factor in swing states that elected Democrats into the House, as 67% of young adults chose the Democratic candidate compared to 32% who selected the Republican member, the largest disparity between parties in the last 25 years. In the end, 10 Democrats knocked out incumbent Republican representatives.

Dr. Endersby said, however, the 2018 election was an anomaly of turnout, and the current deomcratic primary election hasn’t seen the same historical deviation. While young adults consistently favor Sen. Bernie Sanders over former Vice President Joe Biden, according to CNN exit polls, Sanders himself admits the struggle of motivating new voters to show up. At a press conference after Super Tuesday, Sanders said, “Have we been as successful as I would hope in bringing in young people in? And the answer is ‘No.’”

“I think student participation in elections and other forms of political activities are lower because young adults don’t have the same stake in the system as older adults do,” Dr. Endersby said. “When you have a home or a job, when you have a stake in the political system as it exists for you, [you care more], and when you’re young, you aren’t quite there.”

Not only do younger citizens have different voting habits than older voters, whether that’s turnout or preferred candidate, the nonpartisan American think tank Pew Research Center in 2018 found those aged 18-29 also consume news media in an unprecedented manner; the poll showed social media was the most common platform for the age group to gather information compared to traditional platforms such as T.V., radio, print and news site. In a poll collected by The Rock, sampling 203 students or roughly 10% of the population, the trend is consistent. Approximately 47.8% said social media is their primary source of information compared to any other outlet.

Biology and Contemporary Issues teacher Andrew Kinslow said social media can be helpful at times and more convenient than traditional news outlets. When he was a graduate student at MU, for example, it was Twitter, not the administration, that notified him when students lost their health care system in 2015. Still, Kinslow said there are numerous downsides to relying on social media for coverage as it can be infested with misinformation.

Now, we’ve turned into this information glut where we are bombarded with massive amounts of information, some of which is literally weaponized in order to create some kind of reaction or emotional response.”

“Now, we’ve turned into this information glut,” Kinslow said, “where we are bombarded with massive amounts of information, some of which is literally weaponized in order to create some kind of reaction or emotional response.”

Not only can social media be biased, Sinan Aral of the Massachusetts Institute of Technology wrote in 2018 in the Science Magazine Journal, that on Twitter “fake news” or untrue statements reach more users than accurate claims, and misinformation was 70% more likely to be retweeted.

Experts such as Editor in Chief of Politifact, a nonprofit fact checking website, Angie Holan said fake news, especially on social media, deterred the outcomes of the 2016 election. She said while misinformation has always existed, 2016 was unique because “most viral lies spread on Facebook,” and “were reinforced by Google searches, in which stories from dubious sites jumped to the top of your screen based on traffic. From fabricated articles claiming Hillary Clinton was running a sex ring out of a pizza shop to Donald Trump calling Republicans “the dumbest group of voters in the country,” fake news was rampant on social media.

Additionally, In CEO of Facebook Mark Zuckerberg’s opening statement before the Senate Judiciary and Commerce committee hearing, he said “It’s clear now that we didn’t do enough to prevent these tools from being used for harm as well. That goes for fake news, foreign interference in elections, and hate speech, as well as developers and data privacy.”

In Contemporary Issues, Kinslow has his students take quizzes where they try and spot fake claims. He said students are typically shocked at how difficult it is to gauge a statment’s validity.

“There’s a crisis of truth,” Kinslow said. “There are some scholars that are calling this a ‘post-truth era,’ that you use alternative facts to prop up whatever viewpoint you have. And if you say things loud enough, people begin to believe that.”

While falsified claims on social media potentially dupe users, Dr. Endersby said another issue with social media is its ability to polarize audiences. He said social media tends to perpetuate and reinforce personal political standpoints, and this echo chamber makes it harder for citizens to understand those with whom they might disagree.

Both Dr. Endersby and Kinslow said the classroom is a great place to combat the divisions of the current political environment. Dr. Endersby said the goal of his American Politics class is to provide a better civic education and dive deeper to the “complicated, below the surface” system of government. Kinslow also said he hopes to give his students in-depth learning and to foster a healthy skepticism of information. 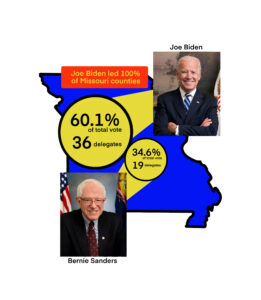 “I feel like it’s really, really important that a part of science education is to have good science literacy around the information,” Kinslow said. “We have a ‘Know Your Sources’ tool that we’ll roll out in the beginning of the year. It borrows from a bunch of different ideas. There’s basically a dozen or so different ways on how to interpret your information. Looking to see who’s behind this, author and the [intended] audience. Is this playing on your emotional cues? What’s the validity of the science? What more do we need to know?”

Senior Anna Kirby voted for the Democratic primary March 10 and said she experienced particular difficulty deciding which candidate to vote for, especially with contrasting information from news outlets, social media or otherwise. She said she gets a lot of her news on social media but made an effort to broaden her references when it came to casting her vote.

“My parents forced me to watch [the Democratic Debates], but I’m glad they did because if you read online, you don’t really get to hear them talking,” Kirby said. “ I was planning on voting for Mayor Pete [Buttigeg], but he dropped out, so [I had] to start over and figure out who I [was] going to vote for again.” 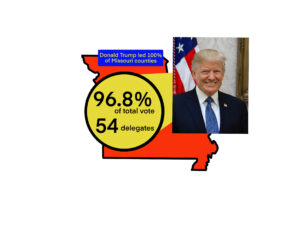 While Kirby said she didn’t particularly like any of the remaining candidates, she said it was still her duty to vote because “everyone’s opinion matters.” Dr. Endersby said it’s important for citizens to become involved in politics at a young age because it increases their likelihood to stay in touch with the affairs of the state.

“I think it’s important for all citizens to be active participants in politics and elections,” Dr. Endersby said. “Where we learn our habits to be active citizen participants in politics is when we’re young. So, one thing you see in a lot of research, as well as what I see from personal experience, is that those that are active in high school and young adults remain active throughout their lives in elections and other forms of political behavior.”

How do you receive your political news and information? Let us know in the comments below.