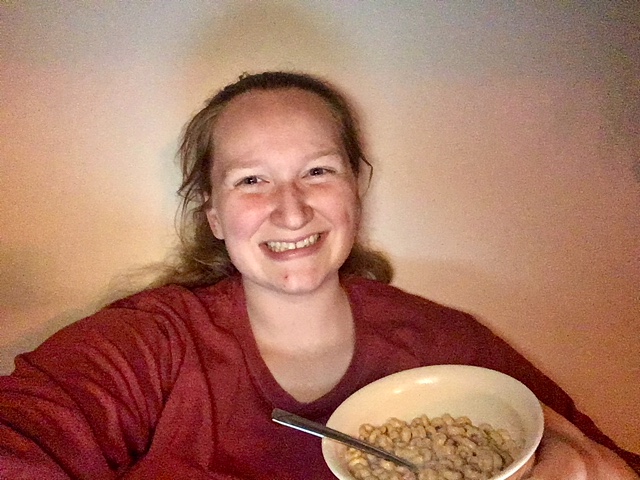 My life is officially boring me out of my own mind. Today is April 5.

As much as I hate to admit this, my dreams are now more interesting than my waking world. I am still able to keep track of what day of the week it is, but that doesn’t seem to matter much when my life looks the same regardless of whether it’s the weekend or not. While I don’t necessarily miss going to school, I am lacking the normalcy and consistency my daily routine offered me. I thrive when I have a schedule, so being in a near-constant state of summer vacation is not having the most positive effect on my productivity.

As much as I hate to admit this, my dreams are now more interesting than my waking world.”

If I were the well-organized person I want to be during this time of chaos, I would have gotten up early, exercised, had a healthy breakfast and spent my day studying for the four Advanced Placement exams I am taking. I, however, am not that girl. I ended up sleeping in until almost 10 a.m. before lazily dragging myself out of bed and migrating the 15 steps it takes me to get to the couch. There, I promptly decided to make myself comfortable watching Criminal Minds for the next two hours, only stopping for the occasional slice of banana bread.

At noon I decided to watch a live-streamed Catholic mass service. Even though in-person church isn’t currently happening, I didn’t want to miss Passion Sunday (the fifth Sunday in Lent, which begins two weeks of Passiontide). For some reason Lent has seemed longer this year than others, likely because I now have more free time than I usually do. Still, a week from today is Easter Sunday, which marks the end of the liturgical observance. Though a little more formal than I am typically used to, the mass was nice, and it only took about an hour to complete.

“In between episodes of the various TV shows I kept switching among (Criminal Minds, Batwoman, Outmatched and Roswell, New Mexico) I went to the kitchen, wandering aimlessly between the pantry and the fridge.”

After the service ended, however, I fell back into my pattern of mindlessly watching shows on Netflix and Hulu to pass the time. I even ended up re-downloading a few apps on my phone to play games (Jetpack Joyride and Temple Run). I quickly deleted them after I realized they are no more entertaining now than when I was a kid. I’ve never been one for video games, so I’m not sure why I thought playing ones from my childhood would miraculously cure my boredom.

I had planned to take a shower today, but after I realized I didn’t even have the willpower to change out of my pajamas, I gave up on that thought. In between episodes of the various TV shows I kept switching among (Criminal Minds, Batwoman, Outmatched and Roswell, New Mexico) I went to the kitchen, wandering aimlessly between the pantry and the fridge. I think I was in search of some delicious food to eat to satisfy my unnamed craving, but either we didn’t have whatever I was looking for, or I simply couldn’t eat it (I am counting down the days until Lent ends and I can have sweets again).

“The fault, dear Brutus, is not in our stars / But in ourselves, that we are underlings.”

Tomorrow I think I’ll feel more like myself (and have the energy to shower), but for now I have accepted my new reality, which apparently includes a dinner of Cheerios and milk in my bed at 9 p.m. I guess if this is the low point in my quarantine, life can only go up from here. I only hope that happens sooner rather than later for my own sanity.