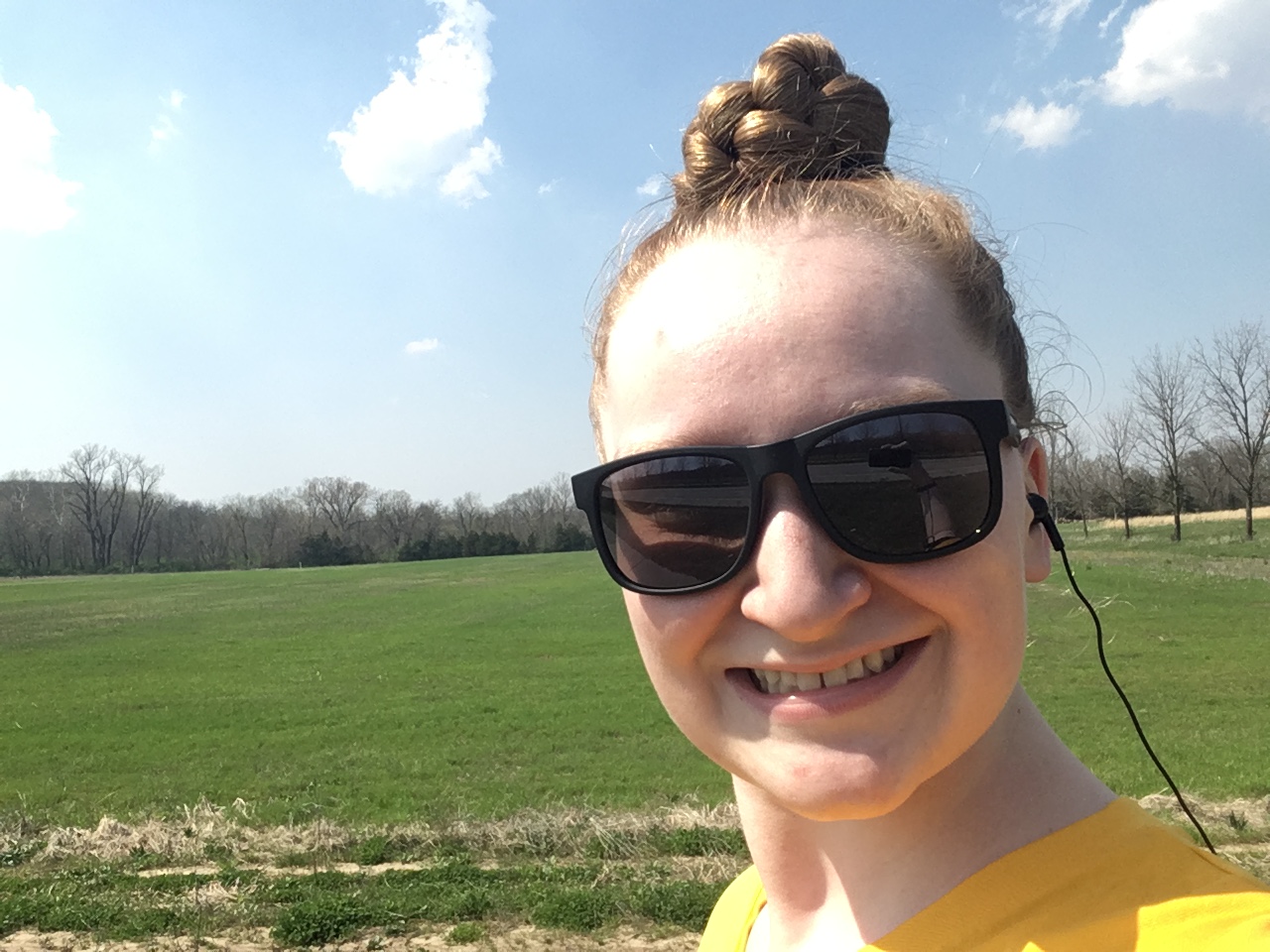 After I woke up promptly at 9 a.m., I headed out to the living room to see if anyone else was awake. A few minutes later, my dad came out of his room. I asked if we could do French toast for breakfast this morning, and he agreed. Around 10 a.m. we (more specifically he with my assistance) started cooking. I pulled out a bag of frozen fruit as he tossed sausages into a skillet on the stove. Together we whipped up French toast seasoned with cinnamon and nutmeg, nutritious smoothies and sizzling sausage. Once the food was on the table, my brother and mom joined us. We talked about our plans for the day and admired the birds and deer moving around in our backyard.

Once breakfast was over, I didn’t do much for several hours. We opened different windows around the house, so I decided to sit on the couch in our living room and enjoy the spring breeze and lovely, warm temperature. I watched episodes of several different TV shows including Chilling Adventures of Sabrina, Katy Keene, Batwoman, Criminal Minds and Roswell, New Mexico. The first three shows all have strong feminist messages, and so does Criminal Minds, though as a police procedural, feminism is not its main focus. I appreciate the efforts television and movies are making to support women and cast them in non-stereotypical or offensive lights. Seeing stories of strong, confident, determined females (both in media and real life) is important for all people, not just young adult females like myself. All too often society tells young people they must adhere to arbitrary, outdated gender roles, so having positive role-models to look up to can help children build stronger, less biased senses of self.

Because I hadn’t updated the operating system on my phone in close to a year, I noticed some of the apps I have downloaded were no longer opening or responding. To install the general system’s update, I had to delete most of the apps on my device, which was frustrating. Even more to my annoyance, however, was that the installation took nearly three hours to complete. I had wanted to go walking early in the day before the sun made being outside unpleasant, but my phone had other ideas.

At 2:30 p.m. I was finally able to leave the house and begin my walk. I started out listening to music but quickly switched over to podcasts since I was doing a longer path today. I decided on TED Talks Daily and ended up listening to four of them: “How you can use your imposter syndrome to your benefit” by Mike Cannon-Brookes, “What happens to people in solitary confinement” by Laura Rovner, “How can we support the emotional well-being of teachers?” by Sydney Jensen and “Why gender-based marketing is bad for business” by Gaby Barrios. Each talk was enlightening in a different way. The podcast episodes served as a way to keep my mind occupied while I was out and about and helped teach me about issues I hadn’t thought to consider or take an in-depth look at before.

“The price of anything is the amount of life you exchange for it.”

When I arrived home I was tired and sweaty from the afternoon heat. I drank some water and relaxed to cool off. We ate outside again for dinner tonight, though the food was largely a hodge-podge of leftovers from prior meals. After we ate, we went our separate ways for a little bit before joining up again downstairs to play two games of Spades. My dad and I beat my mom and brother each time. I think it may be time for us to find a new game, at least for a little while, so my brother doesn’t become a sore loser. Whatever we decide on, I’m sure it will be a blast. I’m still trying to figure out what exactly my daily schedule should look like, but for now at least I’m exercising and spending time with family. That doesn’t seem too bad to me.

“The price of anything is the amount of life you exchange for it.” ― Henry David Thoreau, essayist

How did you spend your 22nd day of social distancing? Let us know in the comments below.