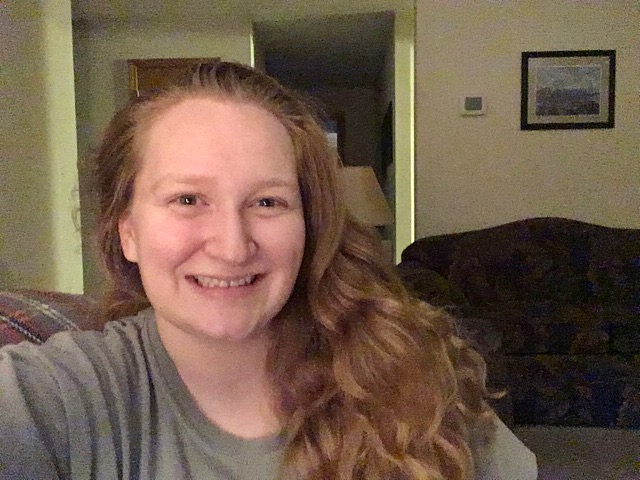 My first words this morning were, “Is the house on fire?” I had barely opened my eyes when I registered the reason I was awake was the smoke detector going off in the hallway outside my room. I didn’t process what was happening, so I shouted my question to see if anyone responded. I assumed if the house was actually going up in flames, my family members might be aware. I opened my door to see what was happening, but instead of catching a glimpse of my parents or brother, I only saw a man in a work uniform in the hallway.

Realizing I was in my pajamas, I quickly closed the door and tossed on regular clothing. When I exited my bedroom, I noticed the house was in fact not on fire. Instead, we merely had a scheduled repair service at our home, which I figured out by checking my family’s shared calendar. I’m quite glad that my home is not currently a pile of ash, and it’s nice to know our detection system is functioning, but I could have done without the alarming wake up.

I wanted to stay out of the worker’s way, so I grabbed a bowl of cereal from the kitchen and ate my breakfast away from the work zone. About half an hour after I woke up, the man was finished and went on his way. Because I didn’t have an Advanced Placement (AP) test today, I decided to watch a little Netflix to start my day before I got on to the practical side of my life. I decided on Travelers and proceeded to watch a couple episodes before officially starting my day.

Around 12:30 I joined my AP Psychology class’ Zoom meeting. I have my AP test for the class next Tuesday, so between now and then I want to make sure I’m as prepared and organized as possible so I can score well. The Zoom itself was more of a general overview of how my teacher is recommending we study, such as organizing our notes and vocabulary into a self-made study guide so we can easily access it if we need to during the exam. I’m planning on completing a few practice free response questions provided by the College Board prior to the exam and working to adhere to the recommended time table. I think more than the content itself, I’m going to struggle with the formatting and organization of this year’s test. I’m not entirely sure what to expect, and I don’t want to be caught off guard on test day.

In the evening, I had another Zoom meeting, this time with the University of Missouri ― Columbia’s (MU) Walter Williams Scholars, which I am a part of. This group is affiliated with the university’s journalism school, which is my current field of interest. During the meeting I was able to learn more about what being a Walter Williams Scholar means and go through a question and answer session with between 65 and 85 of my peers, depending on who was watching when.

I probably shouldn’t say this, but the meeting itself was pretty bland. As a lifelong Columbia resident who has done high caliber, intense journalism work for the past three years already, lots of what the facilitators and speakers described was information I already know. I did hear some new facts about becoming involved with study abroad programs, but I worry because of the coronavirus I won’t be able to participate in any such experiences anytime soon.

To pass the time while the meeting was happening, I texted back and forth with a friend of mine, Moy Zhong. She is a good friend of mine who is a rising sophomore at MU and also a Walter Williams Scholar. She was one of the student speakers, but when she wasn’t talking we chatted about the program and did a little catching up with one another. I truly believe Moy is one of the most hard working, talented, kind and inspirational people, and I am so grateful to know her. I’m excited to find ways to learn from her and (possibly) work with her in the future. She is such a bright person, and I am so thankful for all she has taught me.

“You must become unshakable in the belief that you are worthy of a big life.”

For supper tonight, my mom prepared lamb burgers, which were absolutely delicious. I think this is the first time she’s ever done them, but they tasted great, and I hope she makes them again in the future. Once we were all done eating, my brother and dad played Toss-It in our backyard while my mom and I did a little bit of work. At dinner we’d planned on either watching the season one finale of Slings & Arrows or playing Spades. Either way, I’m just happy to be spending time with my family.

“You must become unshakable in the belief that you are worthy of a big life.” ― Kristin Lohr

How did you spend your 58th day of social distancing? Let us know in the comments below.