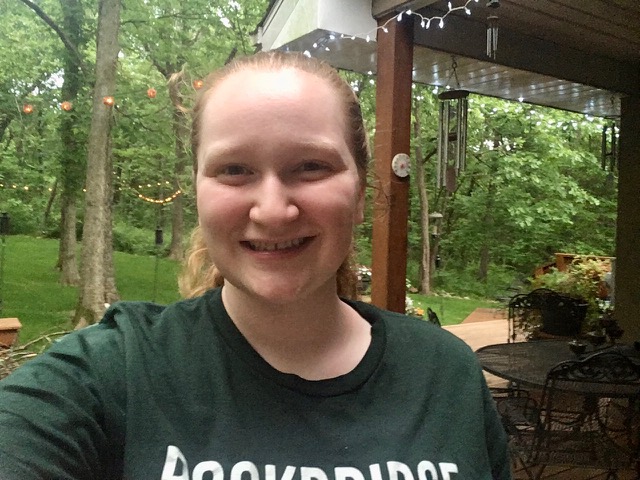 Productivity isn’t dead yet. Today is May 27.

I ended up waking up this morning to the sound of my mom’s voice in the living room as she talked with my Advanced Placement (AP) Literature and Composition teacher about RBHS’ plans for next year. I couldn’t make out exactly what they were saying, but it certainly was loud enough to rouse me from my slumber. I’d intended to get up first thing in the morning to go and renew my driver’s license, but I ended up sleeping through my alarms. When I saw the time, I decided to try going either tomorrow or Friday instead because I want to complete my chore early before I have to risk being around other people.

After tossing on the first clothes I could find, I headed to the kitchen to make myself a bowl of oatmeal with honey and peanut butter. I really like the meal as a breakfast dish, but I think I’m going to look up more variations on the theme to see if I can find other combinations of common ingredients with oatmeal. Once I know how to make a dish, even one as simple as oatmeal, I like to play around with flavors and see what I enjoy most.

Once I know how to make a dish, even one as simple as oatmeal, I like to play around with flavors and see what I enjoy most.”

When my mom finished her Zoom call, we ended up wrestling around and talking for a little bit before she had to leave to go pass out yearbooks at RBHS. I feel bad for her because she’s spending so much time around people, but I know she’s being safe and wearing a mask and taking all possible precautions, so I’m not too worried. Relatively soon after she’d left, she sent me a text telling me to check my college email to see if I’d gotten my schedule yet because a few of her other students had already received theirs.

I went to check and realized I’d never actually gotten around to setting up my email. I then proceeded to spend the next half hour dealing with logging in and figuring out how to download and work a verification app on my phone. When I finally got in, I checked my email and saw I’d missed a message from my roommate that she’d sent earlier in the month reaching out to me. I responded to her via Instagram and gave her my phone number so we could text instead of relying on social media, which we did later in the day.

My roommate’s name is Julia, and she seems like a very compatible match. We have some shared interests like Spanish and outdoor activities, and I’m looking forward to getting to know her better once we’re able to meet in person. I’m not sure if that will be soon, however, because I still haven’t received word from my college about what its plans for school are for the upcoming fall semester.

As I was creating my student email, I also decided to finally complete my new student orientation work, which basically included listing the types of classes I’m interested in taking and scheduling when I’ll be attending my summer orientation. I guess orientation this year is happening via Zoom, which is a little strange. I signed up for the first available session (June 11-12) but later regretted my selection because I noticed the school prefers if I take my language placement exam prior to my orientation and meeting with my advisor.

I haven’t taken Spanish in nearly a year at this point because I took the AP Spanish Language and Composition course as a junior and opted not to take a college-level class this year. I don’t think I’ve lost all of my language skills yet, but I am worried I’ll be placed in an entry level course if I don’t do well on my exam regardless of my satisfactory AP score or the fact that I completed the Missouri Seal of Biliteracy as a junior. I think I might end up waiting to take the language test until after I’ve spoken with my advisor to see what my options are, but either way I’m going to be spending time in the near future practicing my reading, writing, speaking and listening skills so I’m not too terribly rusty. I also emailed two of my former Spanish teachers, and I’m hoping they’ll be able to provide me with some advice and guidance.

Once I’d finished filling out the proper orientation forms, I went ahead and followed up on three emails I’d put off answering. One was to a friend of mine who I keep in touch with via email. The other two, however, were from faculty members at my college who needed me to respond to set up times to talk and to figure out mentorship opportunities for next year. I now have a phone call scheduled at 1:30 p.m. tomorrow to talk about faculty mentors for next year, which I’m looking forward to.

“One was to a friend of mine who I keep in touch with via email. The other two, however, were from faculty members at my college who needed me to respond to set up times to talk and to figure out mentorship opportunities for next year.”

In addition to completing work for school, I also wrote thank you notes to my uncle, aunt and two of my cousins who’d sent me cards congratulating me on graduating. I wrote nice notes to each of them thanking them for their gifts and telling them I miss them. I was especially proud of myself for remembering how to correctly address the envelopes and include a postage stamp because I don’t think I’ve had to do that for several years.

For most of the rest of the day, I finished re-watching Netflix’s fantasy series The Witcher. The first time I watched the show, I hadn’t realized there are substantial time jumps within each episode and spent much of the series confused. After doing a little more reading on the background of the show and its origin, I was able to follow more closely what was happening and pick up on more of the show’s nuances.

“Anything that gets your blood racing is probably worth doing.”

I’m looking forward to entering the next chapter in my life, but I still feel as if I’m missing some sort of final moment in high school. I’d always anticipated walking across the stage at graduation or having a graduation party would provide me with that closure, but now that I can’t experience either event I’m suddenly unsure of how to appropriately end high school. As frustrating as my troubles are, though, I consider myself extremely lucky to not be among the 100,000 people in the U.S. who have died of the coronavirus, and I’m going to continue to do everything in my power to keep myself and my loved ones as safe and healthy as possible.

“Anything that gets your blood racing is probably worth doing.” ― Hunter S. Thompson

How did you spend your 71st day of social distancing? Let us know in the comments below.