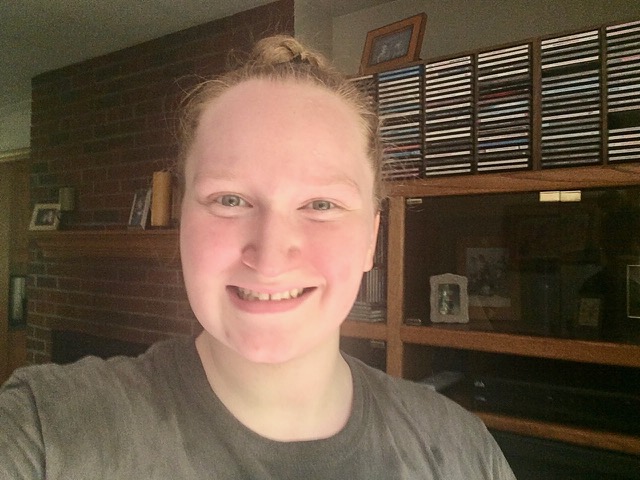 Life goes on. Today is June 2.

It’s strange how looking back on life a year can seem so short and so long all at the same time. I remember last year around this time I was preparing to start my online summer school classes and had begun planning for how I wanted journalism to run when I was an EIC. I was thinking about college and my senior year and how that summer was the last I’d have in high school. I wasn’t contemplating the complexities of race relations or how short life is when a pandemic puts it in perspective. Now, I can’t seem to escape those topics. Nearly every conversation I have and any time I look on social media or the news, I see headlines of death, violence, tragedy and pain.

During this time in my life, I’d think my priorities should be figuring out who I am, what I want to do and what make me happy, but instead I’m bombarded with a constant chaotic outpouring of information telling me what to think, how to think and why if I’m not thinking I’m a terrible person. I know I’m being naive to say I wish people could simply be good and fair and just and kind and honest, but wouldn’t the world be a much better case if that was the case? I suppose that’s why I cling to poems and quotes and fictional worlds in books and television: I want the good guys to win and the bad guys to get what’s coming to them. Real life isn’t black and white, however, and much of the world we live in exists in grayscale. There’s no clear moral at the end of the story because the story keeps growing every day. With protests and protective masks and the myriad other issues our society is confronting, this year is going to make history one way or another.

I know I’m being naive to say I wish people could simply be good and fair and just and kind and honest, but wouldn’t the world be a much better case if that was the case? I suppose that’s why I cling to poems and quotes and fictional worlds in books and television: I want the good guys to win and the bad guys to get what’s coming to them.”

All the confusion of the world aside, my day was relatively easy and relaxing. I know I’m privileged because I’m not in a place where I need to worry about my health and safety all the time. I don’t want to take anything in my life for granted, so today I resolved to take better care of myself by exercising, eating right, getting outside and drinking plenty of water. It’s crazy I’ve been out of school for 11 weeks at this point. I don’t want to look back on my life one day and realize I let it slip away while I was too busy worrying about the past and the future.

As a first step, I resolved to drink a bottle of water every even numbered hour between 10 a.m. and 8 p.m. each day, which works out to six bottles of water a day. This is probably too much information, but I ended up going to the bathroom far more frequently than I usually do because of my commitment to hydration, though not being constantly thirsty was a pleasant change of pace. I also decided I would work out on a regular schedule and do my best to get back in shape. Because I’ve not been around other people and haven’t been playing volleyball like I usually do, I’ve been slacking on exercise. I have never been much of a runner, but I’m contemplating starting to see if I can learn to enjoy it.

Today I worked out doing cardio and lifting weights for about 50 minutes. Instead of rushing through reps, I took my time and made sure I was focusing on my form to get the most out of my workout. By the end I felt tired and sweaty, and my muscles were shaking a little bit, but I also was proud of myself for following through on a commitment. I think if I make a daily schedule where I’m getting up earlier, going to bed sooner and dedicating certain hours in the day to specific tasks, I’ll be happier and healthier in the long-run. When I finished my workout, I grabbed my phone, headphones and water bottle and sat outside on our hammock for a while listening to music and cooling off. In the sun I felt hot, but whenever I was in the shade with a light breeze life was heavenly.

“think if I make a daily schedule where I’m getting up earlier, going to bed sooner and dedicating certain hours in the day to specific tasks, I’ll be happier and healthier in the long-run.”

In the mid afternoon I decided to try a new recipe and make a loaf of zucchini bread, which I’d never done before. I learned how to grate zucchini without slicing my fingers off and had a lot of fun baking a new dish. As I was cooking I saw two variations for the same basic recipe, one with carrots and pineapple and the other with apples. I’m hoping to make both in the near future because they looked delicious. In total, preparing the batter and baking the bread took about an hour and 45 minutes. When I pulled it out of the oven, the smell was mouth watering, and my first slice (after about 20 minutes of cooling) tasted amazing. This is definitely a recipe to keep.

For much of the evening, my parents and I watched Chuck together downstairs. We laughed and talked during the show, which was great. In between episodes, we would go upstairs to grab a bite to eat or use the restroom (that was usually me) before regrouping to continue watching. I love that I have a show to enjoy with them. I highly recommend anyone and everyone watch this series because it is almost guaranteed to make even the grumpiest person crack a smile.

“Be love, so much love, that when others are with you, they are love.”

I know I for one can use some levity during this dark and trying time, and I’m doing my best to find it whenever and however I can. I hope everyone is staying safe, healthy and happy. I’ve seen an actor from The 100 who I respect both for his professional work and on a basic human level, Bob Morley, sign off his tweets with this, “Be well, be kind,” and I think that’s a truly beautiful sentiment. If there is nothing more we can do in this life, though I know there is, the least we can all do is be kind.

“Be love, so much love, that when others are with you, they are love.” ― Abraham Hicks

How did you spend your 77th day of social distancing? Let us know in the comments below.