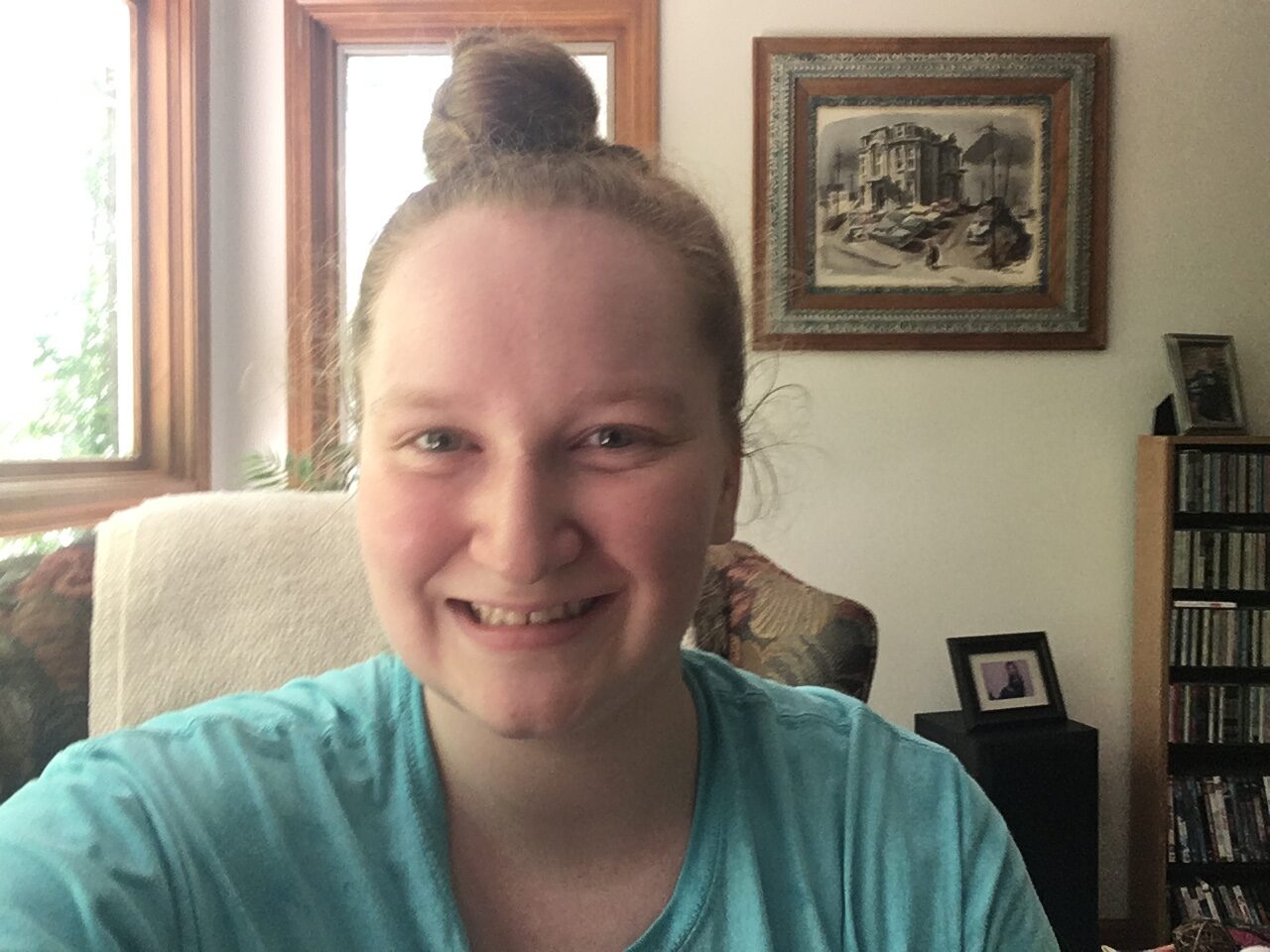 Happy Fourth of June, or is that the wrong month? Today is June 4.

Miracle of miracles, I didn’t sleep in until 10 a.m. today. I was happy to break my oversleeping streak, but I still want to work on having a healthier sleep schedule so I don’t have a hard time adjusting to college in the fall. A little while after I got up, my dad and I began making French toast together. It’s one of my favorite breakfast meals, and I have so many fond memories of cooking with him. He soaks the Texas toast in a mixture of eggs, milk and vanilla extract before putting them on the griddle where I sprinkle them with cinnamon and nutmeg. He ended up making a huge batch this time, so I’ll be able to savor the leftovers for days.

While my dad and I were cooking, my grandpa stopped by to visit following his doctor’s appointment. I love getting to see him and wish I could hug him, but for his safety (and my own) I’m keeping my distance. I’m a hugger by nature, so not being able to show physical affection is difficult. One of my favorite parts of several of my friendships is the ease with which I can hug my friends in times of happiness and sorrow alike. I struggle to imagine a world where that is no longer an option. Hopefully someday soon we can return to our usual, comforting ways, but until then I suppose virtual reassurance will have to suffice.

I want to do everything in my power to help, but before I feel comfortable saying or doing much of anything I want to be sure I’m as informed and as well-educated as I can be so I can be a positive ally rather than a negative one.”

After breakfast, I lounged around for a while. I actually ended up reading an informative article on the history of the police in the U.S. because of a statement my brother made, and I learned about the institution’s ties to slavery, which I hadn’t realized before. In light of the increasing racial tensions and conflicts sweeping the nation, I am making an effort to better educate myself on issues of race, racism, police brutality and other related topics. I want to have as much information as possible before sharing any opinion so my thoughts come from a place of clarity and understanding rather than assumptions and potential biases. I am lucky to have never experienced racism, and as a non-person of color, I am working to be an educated, empathetic and active ally to all those I can.

For much of the day I ended up goofing off and watching Netflix. New seasons of two shows I like are coming to Netflix tomorrow, so I decided to go back and rewatch a few key episodes of each to refresh my memory. Tomorrow afternoon my mother, Anna Xu and I are working together to figure out competition submissions for our various publications, which will be exhausting and tedious, so at least I have a treat to look forward to when we’re done. I’ve read nearly all of the stories we’ve published this past year, and the few I didn’t read, Anna did. Unlike last year where we, as juniors, were in charge of submissions and hadn’t read every story, now at least we’ll be able to make faster and more well-informed decisions. I feel like we have a real shot at winning, especially with the packages we’ve created for topics like climate change and the various social issues we’ve covered.

In the afternoon, I took a break from my laziness to workout. I’d planned on exercising for an hour but ended up only doing so for 30 minutes. I didn’t feel motivated, and working out alone is more difficult than with a friend or partner. I did some cardio, abs and legs, but nothing too intense. I’ll try to create a more regimented schedule going forward, but I’m still glad I’m finding ways to be healthier now.

A friend of my mom’s came over to visit a little after I finished exercising, and my parents and she hung out for a few hours. She made these delicious fruit, chocolate and filling treats, and I’ll have to pester her for her recipe so I can make them in the future. While she was over, my brother and I ended up talking about the current protests, protesting in general, racism and discrimination, as well as myriad other topics of that type. He sometimes forgets I’m four and a half years younger than he is, so with some of what he’s talking about or referencing I have to play catch-up; however, for the most part I learn a lot whenever we speak. I want to do everything in my power to help, but before I feel comfortable saying or doing much of anything I want to be sure I’m as informed and as well-educated as I can be so I can be a positive ally rather than a negative one.

While my mom was cooking dinner after her friend left, she, my dad and I all tuned in to the Y017 class of 2020 celebration, which was the pandemic-version of the typical senior all-night party. We listened the whole time, and of all the students who won prizes I recognized at least 40 names. I have never been lucky with much of anything, so to no one’s surprise at all I didn’t win a single item. Winning would have been a great treat, but the whole experience itself was fun and a nice throwback to some of my favorite songs throughout the years. I liked being able to reminisce with my parents and will probably end up making some sort of comprehensive playlist of music from my pre-college school career.

“Kindness [is] loaning someone your strength instead of reminding them of their weakness.”

My parents and I spent the evening watching Chuck. I am so happy we have a show that makes us laugh. I enjoy sharing interesting music (like Phil Ochs’ “Love Me I’m A Liberal,” which I have slightly mixed feelings about) with my brother and finding fun shows with my family. I love that my family cares about cultural history and understanding where movies, songs and media hail from. I hope to one day find friends who share my passions, and I’m excited to keep learning and growing.

“Kindness [is] loaning someone your strength instead of reminding them of their weakness.” ― Andrew Hoggard

How did you spend your 79th day of social distancing? Let us know in the comments below.