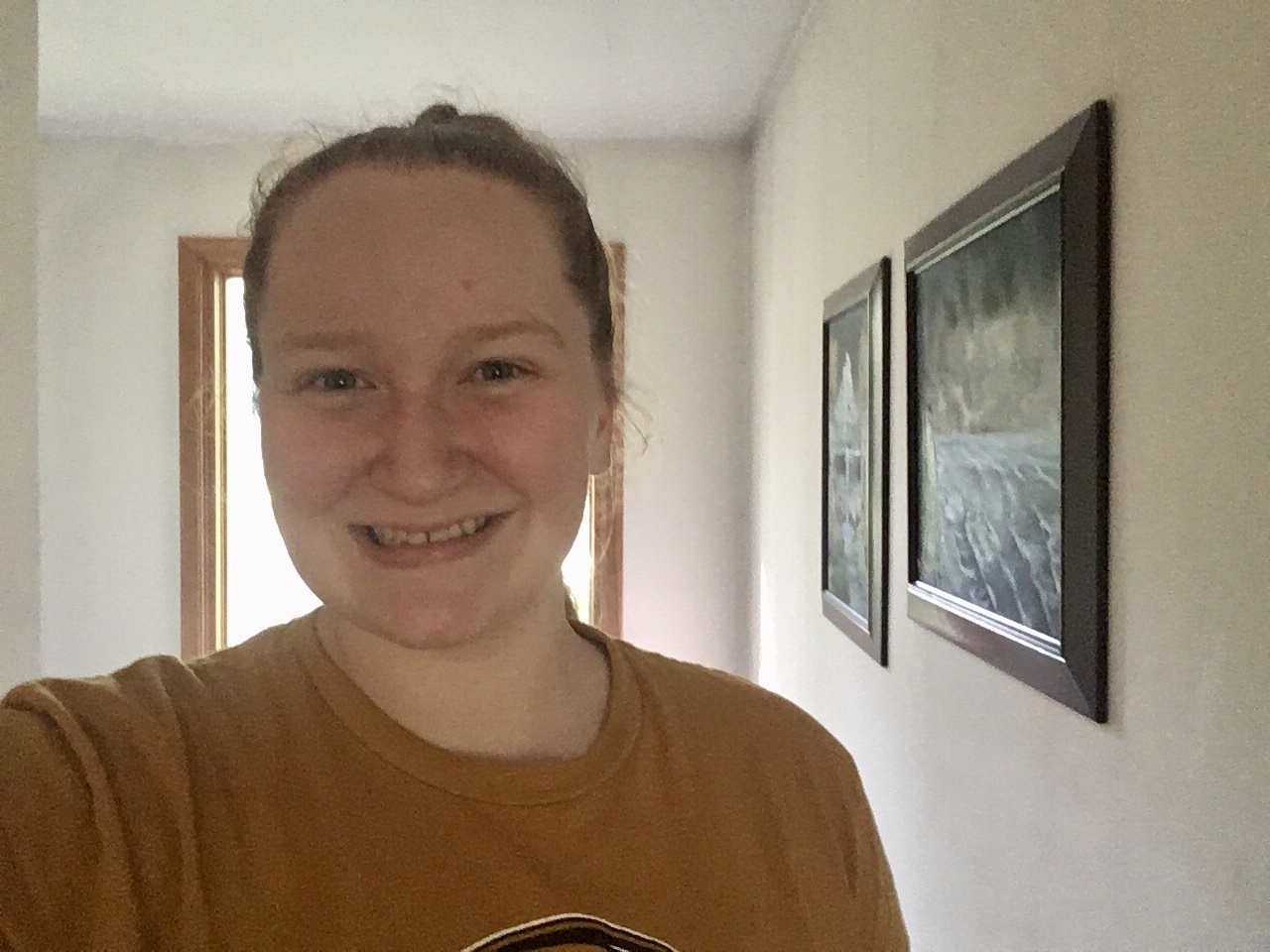 I woke up this morning in a grumpy mood. I must have been upset about something in my dream because my unpleasant feelings transferred into the real world. I didn’t exactly feel angry or sad, but I wasn’t happy either. I decided a nice breakfast would help me shake some of my disgruntled-ness (if that’s even a word) and opted for a plate of French toast with butter and maple syrup. I know it’s not the healthiest meal, but sometimes I just need a plate of carbs and sugar to start my day off right.

I know it’s not the healthiest meal, but sometimes I just need a plate of carbs and sugar to start my day off right.”

I’d stayed up late last night texting with a friend of mine to get advice about taking language classes in college, so I ended up sleeping in this morning. My body has been insisting on a minimum of nine and a half hours of sleep each night, so I spent most of my morning in dreamland and didn’t really start my day until about 11 a.m. I lounged around a bit and watched a few episodes of Queer Eye.

My parents had gone biking, which I was tempted to do on my own, so they weren’t back until the afternoon. In the meantime, I decided to at least attempt to be healthy and active by lifting some weights. I played some upbeat Spanish music from a few of my favorite artists and worked out for a half hour or so. I’d intended to go walking as well, but when I checked the temperature I decided to save that for a cooler day. I didn’t do as much lifting as I’d wanted, though, because I quit once my parents came home so I could talk with them.

I didn’t have any major plans for the day, so I decided to try a recipe I’d found in one of my mom’s cookbooks for pumpkin bread. I had to have my mom show me where the shortening was, but other than that actually making the bread went smoothly. The recipe called for ½ cup of raisins, but we didn’t have any, so I used chocolate chips instead. The hardest part I’ve found with all of the loaves I’ve made for banana, zucchini and pumpkin bread alike is finding the perfect length of time to bake the bread for. Too short a time and the loaf is gooey and underdone; too long a time and the inside of the loaf is dry instead of moist. Unlike with my banana and zucchini breads, I couldn’t quite get the timing right for my pumpkin loaf, which resulted in a slightly undercooked inside. The end product wasn’t terrible, but I know I could make a better one if I try again in the future.

“’m worried what repercussions this form of judgement by the court of public opinion will have, and I feel absolutely terrible for RBHS Principal Jacob Sirna for having such a rough year. I feel like at every turn the world just said, ‘But wait, there’s more,’ and tossed another issue at his feet.”

For much of the afternoon, I sat around and watched Queer Eye while my mom read a thread of roughly 1,000 comments on Facebook regarding racism at RBHS. Some of the comments singled out teachers or students while others focused more on the school’s general atmosphere or non-specific instances. I haven’t read the feed yet myself, but from what my mom shared with me, it’s extensive. I’m worried what repercussions this form of judgement by the court of public opinion will have, and I feel absolutely terrible for RBHS Principal Jacob Sirna for having such a rough year. I feel like at every turn the world just said, “But wait, there’s more,” and tossed another issue at his feet. As a first year principal, I can’t imagine how hard all this is for him, but I wish him all the best with handling situations as they arise and finding a way to healthily, genuinely navigate difficult conversations going forward.

In the evening my parents and I watched, as per usual, Chuck. My mom and I are absolutely obsessed with the show, and I think my dad enjoys it, too. The characters, plot lines, plants and payoffs are so well written. One of my favorite parts of watching is trying to guess what will happen next and predict a certain plant’s payoff later in the episode. When my brother got home, we decided to watch an episode or two of the satirical show Upload instead. None of us had seen it yet, and we hoped we’d all enjoy it. I guess I’ll just have to wait and watch before making any final verdicts. Tomorrow I’m planning on going for a walk and getting outside a little, even in the heat, so I don’t let my summer slip away while I’m inside, but for now I’m content to sit back and relax with my family.

How did you spend your 81st day of social distancing? Let us know in the comments below.