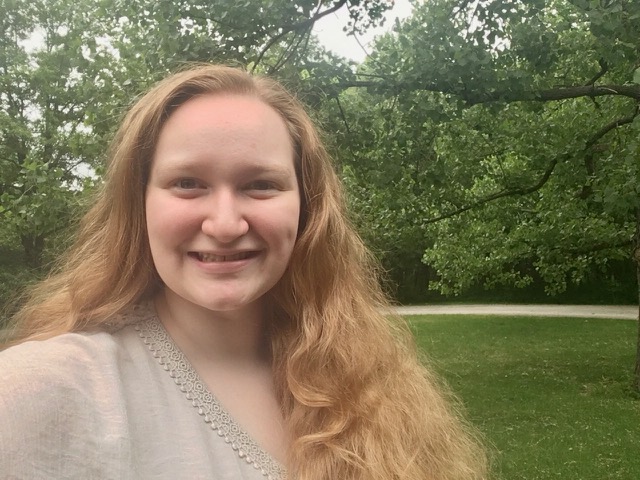 Some days feel too long. Today is June 10.

After staying up until 12:30 a.m. watching Born on the Fourth of July, a movie based on the life of Vietnam War veteran Ron Kovic starring Tom Cruise, I slept in until about 10:30 this morning. The movie was good, but I wish I’d gotten to go to sleep sooner so I didn’t feel so lethargic today. I made myself a plate of French toast and sausage for breakfast and ate it before my Zoom meeting at 11 a.m.

I had reached out to Pablo Serna, an instructor of Spanish and an undergraduate academic advisor at the University of Missouri ― Columbia (MU), and he scheduled a meeting for the two of us to speak and discuss my plans for the future. He was absolutely wonderful to talk to, and I’m certain in the future I’ll be relying on him for more guidance. For the most part he asked me about my interests and what path I want to take in college. Because I’d taken the Advanced Placement (AP) Spanish Language and Culture test as a junior and received a satisfactory score, I didn’t end up taking MU’s placement test for the language. Instead, when we were speaking, Serna ended up informally assessing my verbal skills by having me answer a few questions in Spanish. I was rusty but didn’t think I did terribly. The main issue I encountered was not having all the necessary vocabulary to describe what I wanted to.

He was absolutely wonderful to talk to, and I’m certain in the future I’ll be relying on him for more guidance.”

In the end, Serna ended up placing me in the Spanish 3150 class for the fall session. I think it will be a good fit, especially if I continue to practice during the summer. I was so glad I’d reached out to him because he outlined exactly what requirements I’d need to receive a major or a minor in the language. When we finished our conversation, which only lasted half an hour but felt like at least an hour with how much information I received, I felt far more happy and calm than I had a day ago about my future in Spanish at MU.

Following our conversation, I responded to an email a former Spanish teacher of mine, Eva Vazquez, had sent me regarding how I should improve my language skills. She has been a great mentor for me, and I’m so glad we’ve kept in contact even though she retired. She had given me the email of a former student of hers who knows Spanish and told me I should reach out to him to practice. Even though composing the email itself took nearly 20 minutes, I sent him an email asking if we could become pen-pals of sorts so I could practice my Spanish. I hope he’ll say yes, and I’m excited to see how I grow with real-world conversations rather than ones confined to a classroom.

For the hour and a half or so before my dad and I went to donate blood at the Red Cross, we watched Jaws together. We had to finish it when we got back, but the interruption didn’t really break the spell of the movie. It is a classic film, and I feel more cultured now that I’ve seen it. I actually ended up screaming in one (and only one) scene. For the most part, though, I wasn’t too worried because the horror was suspense-based. I’m thankful my dad has such a depth and breadth of knowledge when it comes to music, cinema and literature, as well as a variety of other topics, because I am a more well-rounded and educated person because of it.

“The experience wasn’t terrible, and my arm doesn’t have a bruise, but I hope my times in the future are more clinical and professional than this past one was.”

At 3 p.m. my dad and I donated blood at the Red Cross. Normally my experience is pleasant and efficient, but today I had a worker help me who seemed distracted and unengaged with what she was doing. At one point before she stuck the needle in my arm, she paused for a few minutes to watch the TV instead of focusing on preparing the equipment. I also wasn’t a fan of getting blood on my hands because she didn’t fold the cloth over my picture point when she asked me to put pressure on it. The experience wasn’t terrible, and my arm doesn’t have a bruise, but I hope my times in the future are more clinical and professional than this past one was.

When my dad and I got home, we finished watching Jaws and started watching The Making of ‘Jaws.’ I didn’t mean to, but about 50 minutes into the documentary I fell asleep. I must have still been tired from last night, and I’m sure having recently donated blood didn’t help. A little after I woke up, my mom said it was time to eat. She’d made a great meal of lemon, honey salmon with noodles, fruit and fried zucchini. It was absolutely delicious.

“The past always seems better when you look back on it than it did at the time. And the present never looks as good as it will in the future. It’s depressing if you spend too much time reliving old joys. You think you’ll never have anything as good again.”

When we finished eating, I paid the College Board to send my AP scores from my sophomore and junior years to MU. I’d forgotten to do that sooner, but I don’t think it will be an issue since I haven’t selected any classes yet. In the evening, I dealt with some items for my MU orientation for tomorrow. I had my mom scan and send in my immunization report, and I went online and filled out a questionnaire. I hope I’ve taken care of everything I need to for orientation, otherwise tomorrow’s not going to be smooth sailing for me. I’m not really looking forward to sitting and watching videos and Zoom meetings for six hours tomorrow, but at least I’ll be done in two days. At least tomorrow I think my family and I are having dinner with my grandpa, so I’ll have that to look forward to after a long day of boring meetings.

“The past always seems better when you look back on it than it did at the time. And the present never looks as good as it will in the future. It’s depressing if you spend too much time reliving old joys. You think you’ll never have anything as good again.” ― Peter Benchley, Jaws

How did you spend your 85th day of social distancing? Let us know in the comments below.