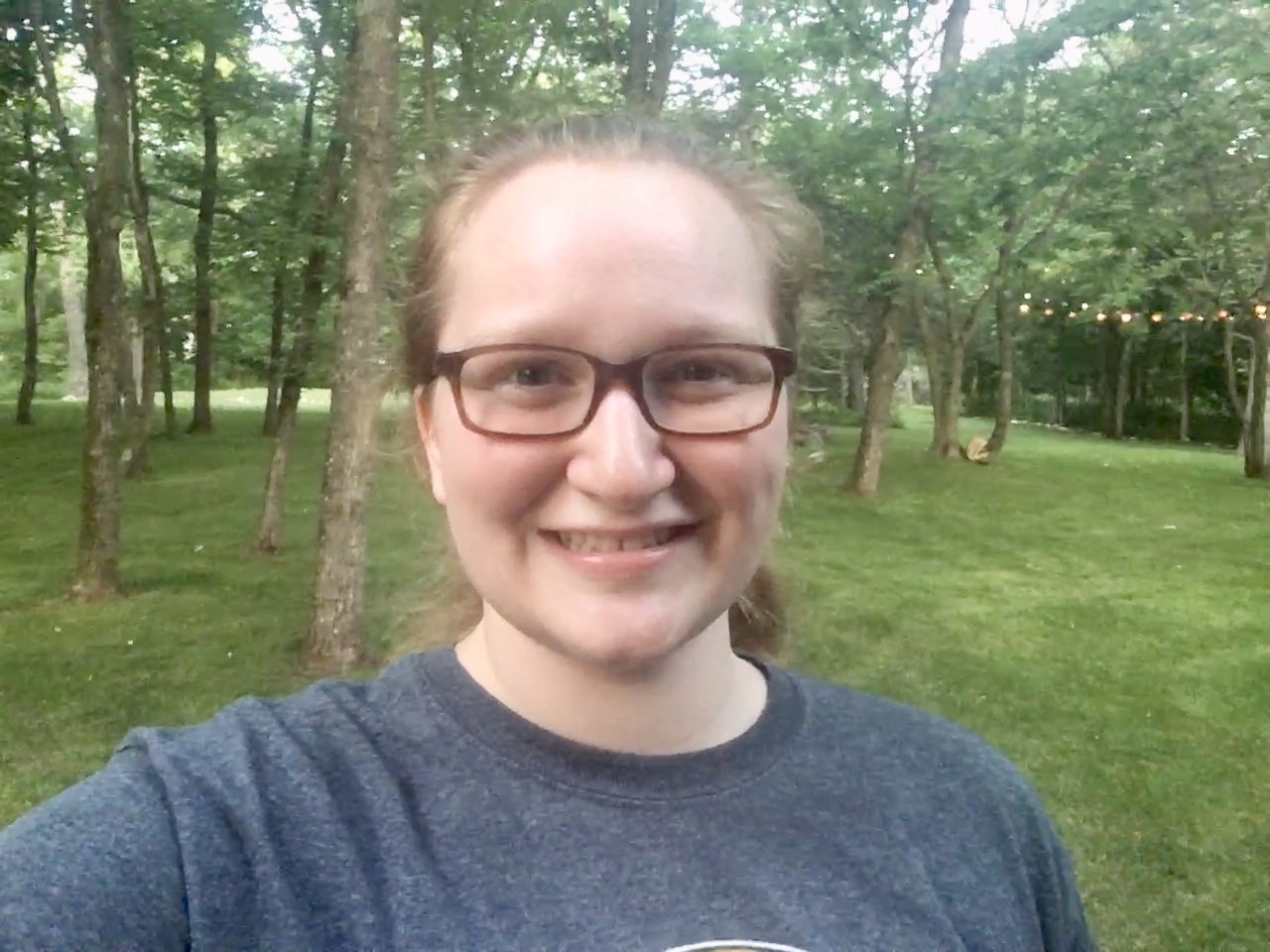 I’ve decided my dreams are basically a spin-the-wheel improve performance. The first spin selects the characters, and the second spin dictates the setting. Last night, my dream involved only myself and a video game-like scenario where I had to collect coins and dragon eggs to make progress. I don’t think I could explain the logic of my dreams even if I wanted to, so for the most part I’m just along for the ride.

A little after I woke up, my dad began making crêpes for breakfast. I helped with some of the prep work, set the table and pulled out toppings. Normally we add cherry pie filling to our crêpes, but apparently whoever used up the last can had forgotten to add it to our shopping list, so we were all out. We used tart cherries and strawberry rhubarb pie filling as substitutes, and the whole breakfast turned out great in the end.

I can handle a lot, but having someone speak down to me rubs me the wrong way.”

Once we’d cleaned up dishes, I logged into my University of Missouri ― Columbia (MU) student email to see if I’d missed any messages since I’d last checked. I had experienced some issues with Outlook, so I hadn’t been able to check my account in several days. To my unhappy surprise, my academic advisor had emailed me. A few days ago I had called the School of Journalism about a prerequisite requirement for a class I wanted to take, and she was responding to my question. Instead of providing a polite explanation, though, she patronized me, changed my schedule without my consent or approval and put a hold on my account so I couldn’t change my own schedule. I felt insulted and frustrated.

I had my parents and older brother read the email to make sure my emotions weren’t an overreaction, and they agreed the advisor’s actions were unprofessional and overstepping. For the next hour or so the four of us worked together to craft an appropriate response. I didn’t want to burn any bridges, but at the same time I wanted to be clear in my frustration and disappointment in her actions. I hope we can have a proactive and open conversation going forward. I can handle a lot, but having someone speak down to me rubs me the wrong way. In this case, the advisor’s actions clearly implied I wasn’t capable of making my own decisions. She even went so far as to explain to me what a prerequisite is, which I obviously knew since I was the person asking about the required prerequisites in the first place. Long story short, my day had an unpleasant and infuriating bump in the road. I’m looking forward to attending MU in the fall, but so far I have not had a positive experience, at least on the academic advising side.

“Time seems to be moving quickly now that it’s almost the end of June, so I’m making it my mission to savor every day before school starts and make the most of the days I have left before I need to return to the real world.”

Once I’d sent the email, my mom went up to my grandpa’s house to reapply his bandages while my brother and dad played tennis. When they were out and about, I started making my second jamoca almond fudge pie of the week. I learned from my mistakes with the last pie and crushed all the Oreos in the food processor before adding the butter. I tried to combine the crumbs and butter in the food processor, too, but found simply mixing them in a bowl with a spoon worked equally well.

Between steps of making the pie, I watched an old episode of Roswell, New Mexico. I enjoy the show, and I don’t have to give it my full attention since I’ve seen the episodes before. The pie went relatively well, but I over-thawed the ice cream and ended with melted jamoca almond fudge running down my arms and onto the kitchen floor as I raced to put the pie in the freezer. I hope my family will judge the end result on its taste rather than its appearance.

On her way back from my grandpa’s house, my mom called and asked me to help her with making baked beans. I pulled out the ingredients and chopped up the onion so she could easily finish when she arrived. Once my brother and dad got home from tennis, my brother and I watched Veronica Mars in the time before dinner. We all ate outside on the deck, watching fireflies, listening to fireworks go off in the distance and sharing stories from old summer vacations. It was a delicious meal with good people and laughter. I couldn’t picture a better way to spend a summer evening, except maybe if we were up on a beach in Canada.

“The world is full of beautiful places. Let your heart be one of them.”

When it started to get dark outside, we moved downstairs to play Spades (as I had predicted yesterday) before enjoying my pie. I hope my dad had a happy Father’s Day and knows how much my brother and I appreciate all he does for us. Time seems to be moving quickly now that it’s almost the end of June, so I’m making it my mission to savor every day before school starts and make the most of the days I have left before I need to return to the real world.

“The world is full of beautiful places. Let your heart be one of them.” — Jenim Dibie

How did you spend your 96th day of social distancing? Let us know in the comments below.