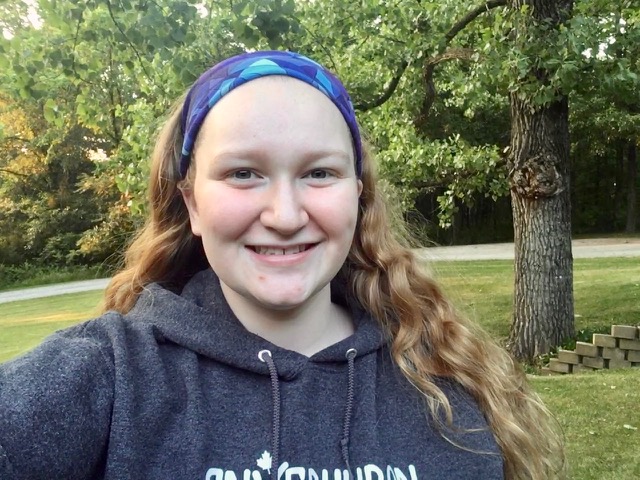 Golden hour is especially beautiful in the summer. Today is July 7.

My dreams are getting progressively stranger and harder to remember. I am certain I had a two part dream last night, but all I can recall is feeling stressed and anxious about needing to go to the bank to make a deposit. There might have also been mermaids, but I’m a little more fuzzy on that portion of my dream. During the school year I could almost never remember my dreams, probably because I didn’t get near enough sleep, but now it seems like every night brings with it a wild adventure that makes no true sense to the waking mind.

During the school year I could almost never remember my dreams, probably because I didn’t get near enough sleep, but now it seems like every night brings with it a wild adventure that makes no true sense to the waking mind.”

All day I felt slightly nauseous, probably because of something I ate, so I decided to stay in bed to watch Netflix, read and nap. After finishing Quantico yesterday, I shopped around trying to find a new show. I eventually landed on NCIS, which is basically Criminal Minds just with the Navy instead of serial killers. I only watched the first few episodes of the series because my internet kept glitching and causing the show to buffer. My room has the worst WiFi connection in our house because of how far away it is from the router. This can be frustrating when I’m trying to do school work, but for the most part it only causes me minor inconveniences now and again.

During the buffering periods, I reached out to a friend of mine to catch up. I was feeling bored and disconnected with the world, and I think she felt the same. We chatted about college, our futures and shared book and movie recommendations. She enjoys romances, so I told her a few titles I think she might like. She recently watched Hamilton and said it was amazing. I haven’t gotten around to seeing the musical, but it is on my list to see before going off to college.

The same way I have a list of movies and television shows to familiarize myself with before leaving for school in the fall, I also have a number of books I want to read. I have a row on my bookshelf of classic novels, some of which I’ve read and others which I need to read. I decided to get started on my reading list today and selected Lord of the Flies by William Golding. The basic premise of the story is how a group of young British boys find themselves stranded on a deserted island and attempt to govern themselves.

The book itself isn’t too long (my copy is about 200 pages) but the language feels dense at times. When I started reading I had the same impression as when I read Charles Dickens’ A Tale of Two Cities. While at times I am completely engaged, I also spaced out and lost track of what was happening simply because of the author’s overly descriptive language. I am sure each paragraph detailing the color of the rocks and sand and trees serves a purpose, but after a while I began to lose interest.

“And this is the core of the secret: attention is the beginning of devotion.”

I took a break from reading after a time and unintentionally fell asleep. I’d meant only to rest my eyes for a few minutes because the lighting in my room wasn’t the best for reading small print, but apparently I needed the rest because the next thing I knew the light had shifted and I was waking up in the evening. I checked the time and saw it wasn’t quite early enough to fall asleep and be able to sleep through the night, so instead I listened to some music and watched another NCIS episode before writing my entry for the day. Tomorrow I’m planning on checking off a few items for college, and I’ll try to finish reading Lord of the Flies, but for now I’m hoping to at least wake up feeling better and more rested than I did today.

“And this is the core of the secret: attention is the beginning of devotion.” ― Mary Oliver, poet

How did you spend your 112th day of social distancing? Let us know in the comments below.