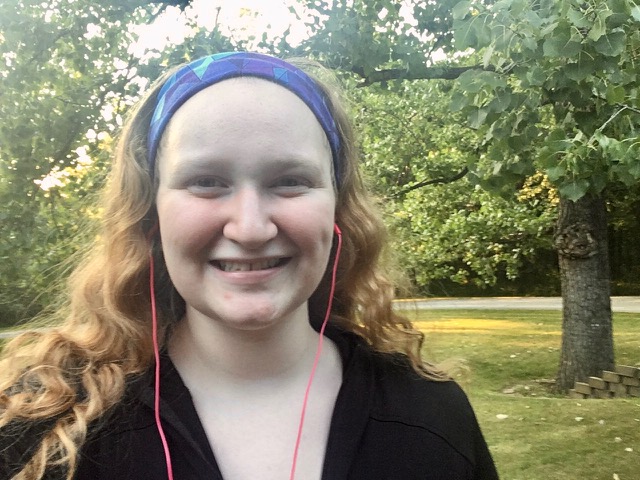 Exhaustion is (normally) not the key to success. Today is July 10.

Instead of going to sleep last night, I decided to do a hard biological reset on my body and brain by staying awake all night. I know that sounds crazy, but hear me out. For the last several days I haven’t been able to get to sleep until nearly 3 a.m., which means I didn’t wake up until noon. This resulted in an unpleasant, unwelcome cycle of going to sleep and waking up progressively later. I had low energy levels, felt grumpy and was basically out of sorts on all mental and emotional levels because of my out-of-whack sleep schedule. For this reason, resetting my sleep pattern by keeping myself awake seemed like the best course of action when (for the fifth night in a row) I was wide awake and staring at my wall when I should have been sound asleep.

In all honesty, there probably isn’t any scientific proof backing up what I did, and I don’t recommend other people do this for the sake of their sanity. I’ve pulled my fair share of all nighters in my life, but the next day I feel completely out of energy, unmotivated and unable to focus or form coherent thoughts. Because it’s the middle of the summer and I had nothing pressing to attend to today, I decided the drawbacks were worth getting my body and mind back on track.

I started off by listening to music. When I’m watching a movie or TV show and I hear a song I like, I’ll search the lyrics then save them for later when I have time to find the correct song. I went back through the various tabs I had open on my phone and found several songs to add to my Spotify library. The strangest one (which was creepy to think about alone in the dark in the middle of the night) was “Evil” by Interpol. As I was listening, I pulled up the lyrics to figure out what the song’s story was. Apparently it is about two British serial killers, the husband and wife duo of Fred and Rosemary West. During their killing spree the two murdered at least a dozen young women. That frightening story shocked me enough I was wide awake for a while more.

The hours ticked by, and I decided to use my time awake writing letters to my friends. I’d been putting this task off for weeks now because I didn’t want to face the end of high school. Writing these letters seemed to add such finality that I wanted to avoid it for as long as possible. I’d already written one to a friend of mine who’d left for school a week or two ago, but I still had about 15 I wanted to finish. I tried my best to make each letter specific, personal and meaningful. I hope one day my friends will come across these letters and smile. I’m better at putting my thoughts down on paper than forming the correct words on cue, so by doing this I think I’ll make more sense.

Each letter was about 500 words long: roughly one page single spaced. I thought I’d get through more of them, but when I called it quits I’d only checked four more names off my list. I’m planning on giving my friends (and teachers when I get around to writing theirs) these letters when I have my graduation party in early August. I think it will be a nice way to say goodbye and thank each person for the impact he or she has had on my life. It’s strange to think after graduation and my party I may never see some of these people again.

At 5:50 a.m. I tossed on a sweater over my pajamas, put on flip-flops and headed to my back yard to watch the sunrise. Normally I take photos of sunsets, so I thought I’d change my routine and try to capture the first rays of the morning. I was out long enough to see the glimmer of the day peak over the treetops while the moon was still in the sky. Night’s quiet is beautiful, and the true balance of the early morning leaves me wishing I could wake up with the sunrise every day.

A few hours later, my mom came out of her room. We talked for a while, which basically consisted of me rambling because I was exhausted and couldn’t stop laughing. She had to pick up a few items for my grandpa at the store, but I opted not to join her. Instead I put my headphones back in and curled into my bed. I only intended to close my eyes for a few seconds, just long enough to let them rest, but the next thing I knew my mom was waking me up after having returned from the store. Apparently my minute of rest turned into about a three hour nap.

Once I was awake again, I joined my mom in the living room so she and I could work on planning my graduation party. She drafted up invitations using a few of my senior photos, and we even included a QR code to my “best” page for Bearing News. In the end, the invitations looked professionally done and clean. I hope a lot of people can attend. I remember my brother’s graduation party being packed, but because of the coronavirus I worry not as many people will attend this year.

“Come on, dance with me. The earth is spinning. We can’t just stand on it.”

In addition to working on my graduation party planning, my mom and I also scheduled an appointment for me to have my wisdom teeth removed. In three days I’ll probably be loopy and talking nonsense, but at least the operation will be over before school starts in the fall. On his way home from work, my brother picked up Chinese for the four of us to enjoy as we watched the 2020 comedy Palm Springs, which was about two people stuck in a time loop. I think it was supposed to be funny, but aside from some crass humor and obvious jokes, I was unimpressed. When the movie finished, I decided it was time for me to go to sleep. At long last I was going to get some actual shut-eye at a reasonable hour. I have my fingers (and toes and ears and eyes) crossed, hoping that from now on I’ll be back on a normal sleep schedule.

“Come on, dance with me. The earth is spinning. We can’t just stand on it.” ― Dino Ahmetovic

How did you spend your 115th day of social distancing? Let us know in the comments below.