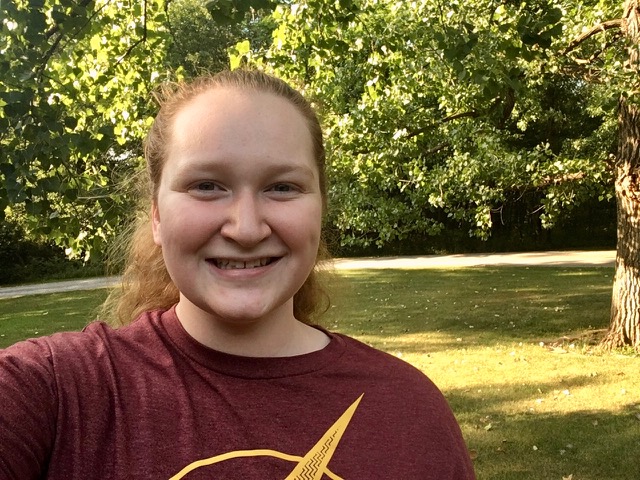 Pain is an unavoidable part of life. Today is July 14.

I hadn’t thought about how sleeping on my side, with my face and jaw pressed against a pillow, could be uncomfortable after wisdom teeth surgery, but as I tried to fall asleep last night the reality of my situation became unpleasantly apparent. I tossed and turned for a while, but eventually I was able to get some rest. I slept lightly and woke at 9 a.m. when my first alarm went off. I was probably still tired, but my jaw was aching enough to prevent me from falling back to sleep.

Starting around noon today I had to do saltwater rinses to prevent food from accumulating in my mouth.”

I got out of bed and wandered to the living room to listen to some music. Shortly after, I heard voices outside on our back porch and went to investigate. Apparently my grandpa had stopped by after getting his haircut, and he and my mom were talking. I joined them, and the three of us sat around hanging out and enjoying the beautiful morning.

Twice a day I have to take an antibiotic pill, and I can take painkillers if I need them, but before I could have either I had to eat something. I wasn’t hungry, and the thought of moving my mouth too much was unpleasant, so I opted for a container of yogurt to settle my stomach. Once I had a pain pill in me, my mouth started to hurt a little less. Eventually I went back inside to watch some TV and ice my jaw, but I had a hard time focusing on much and felt easily distracted.

I wasn’t much in the mood for any particular show, so I shopped around watching various episodes of different series. I finished the last two episodes of Arrow, which I’d had to wait to watch until after seeing Crisis on Infinite Earths. Although I’ve enjoyed the series as a whole, its conclusion was thin and a little disappointing. I wouldn’t be surprised if a spinoff happened, but I’m also not sure if I’d be inclined to watch it. Arrow had eight seasons, and I think that was enough to satiate me.

“I think the first three days or so are supposed to be the worst, so if I can make it through tomorrow I should start to feel a little better.”

When I finished Arrow, I decided to watch Lost. I’d started the series a few years ago but only watched the first couple episodes. Instead of continuing with a guess at where I’d left off, I simply chose to start over completely. It seems interesting so far, so I think I’ll try and stick with it this time around. As I was rewatching the first two episodes, I remembered small snippets about the characters, but I couldn’t place many specific details or key developments, so I think I’ll be surprised by whatever happens going forward.

As the day wore on, I felt progressively more tired. I eventually ended up taking a nap on our couch while listening to music. I hadn’t meant to fall asleep, but I think my body needed the rest, so I wasn’t going to complain. I could only remember parts of my dream, but as per usual it didn’t make too much sense. My guess is my late afternoon nap will make falling asleep tonight difficult, especially coupled with my pain, but I hope that’s not the case.

“It would not be much of a universe if it wasn’t home to the people we love.”

I don’t like taking painkillers, so I’m trying to avoid them as much as I can and only take the low-grade one about twice a day: once in the morning and once before I go to sleep. Starting around noon today I had to do saltwater rinses to prevent food from accumulating in my mouth. They made my jaw sore, but talking caused me the most pain, especially if I had to speak loudly. For now I’m going to stick to my soft foods only diet where I don’t have to do any chewing. I hope I start feeling better soon. I think the first three days or so are supposed to be the worst, so if I can make it through tomorrow I should start to feel a little better.

“It would not be much of a universe if it wasn’t home to the people we love.” ― Stephen Hawking

How did you spend your 119th day of social distancing? Let us know in the comments below.