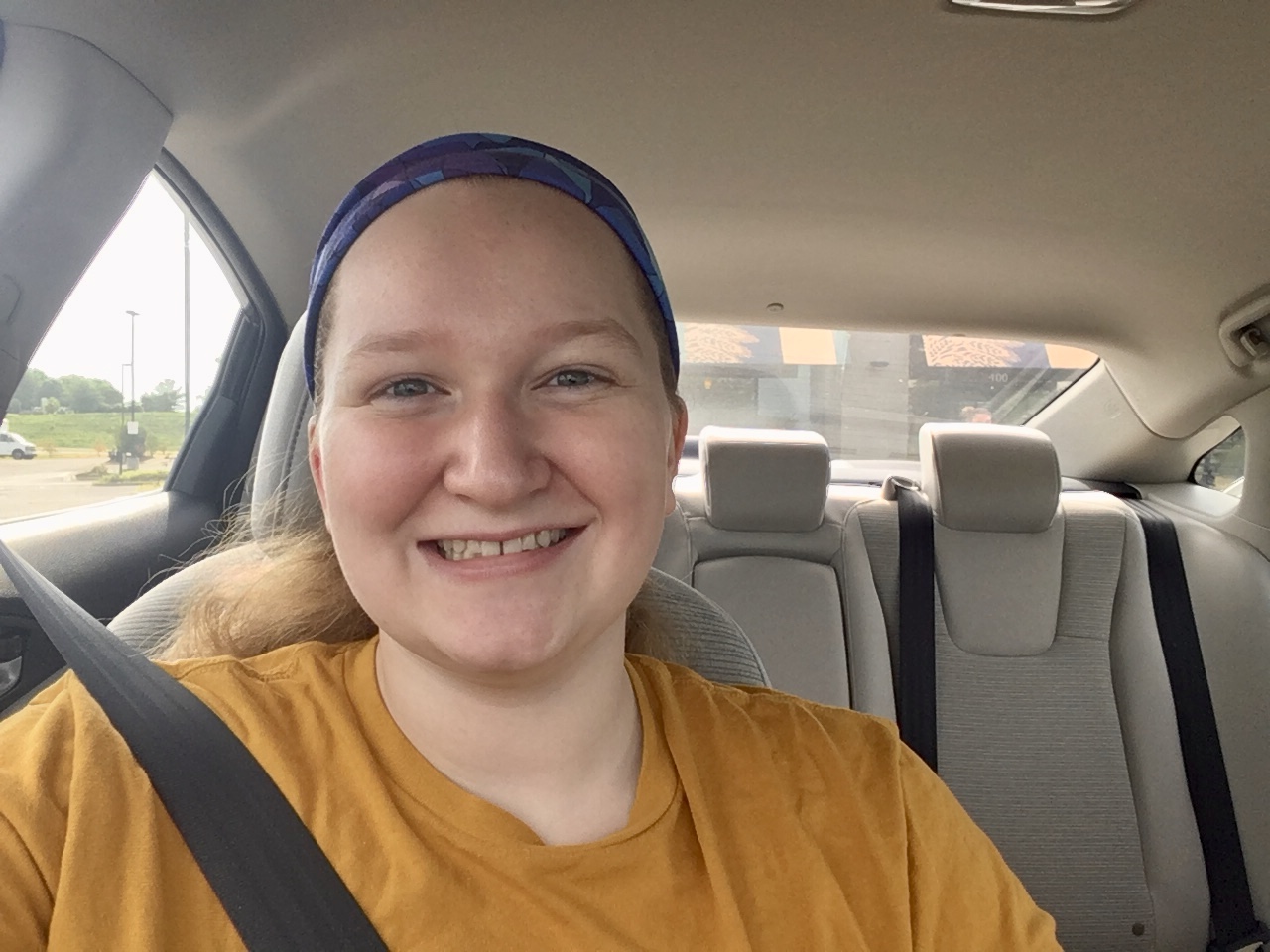 Summer is full of long days and longer nights. Today is July 18.

I felt so proud of myself this morning because I woke up before my first alarm went off at 8:30. I’d had a little trouble falling asleep, but I still managed to get about nine hours of sleep, so I woke up feeling rested and energized. Apparently my brother and mom hadn’t had the same pleasant night as I, because when I left my room I saw my mom asleep on the couch and my brother sitting in a reclining chair in our living room. For a strange turn of events, my dad was the last one awake by about 10 minutes. Being up and active early was a lovely change of pace.

My mom and I decided because we were both awake we’d run an errand at the hazardous waste disposal site in Columbia. We lucked out and didn’t have to wait in the extremely long line of cars because we were only dropping off old pills. Afterwards, the two of us placed our order electronically to Panera then headed to get our breakfast. My mom had several free items, so our whole meal was free. Eating was still a bit of an issue, but once I had some food in my stomach I was able to take my last antibiotic and a pain pill, which helped me feel better.

After we got home, I spent a little time lounging around reading and watching ER. I understand the show came out a while ago, but I wasn’t a fan of how it handled two topics: rape and gender identity. For one episode the way a nurse talked to a rape victim was a little harsh for my taste, and I hope shows nowadays are doing a better job with the topic. In another episode there was a transgender patient who ended up committing suicide. I wish shows had better representation of the LGBTQ community and fewer character deaths of LGBTQ people. I would love to see an expansion in representation and better, more accurate and comprehensive storylines in television, movies and other media in the years to come.

In the early afternoon, my mom and I made a berry trifle together. My family and I were hosting dinner with two close family friends in the evening, so my mom did as much prep work ahead of time to make life easier later on. After she’d finished making a cucumber salad and a pasta salad, the two of us worked to make the desert. I made a lemon sauce while my mom chopped up strawberries, then we sliced pound cake and made a cream cheese whipped cream. We were having a great time working together and listening to music, but in the middle of creating the layers my mom got a call from my grandma’s nursing home saying my grandma had wandered off. They’d tracked her down and decided she was overheated, so they’d called an ambulance and took her to the hospital. My mom stopped what she was doing and raced around to get out the door so she could be at the hospital with her mother.

Once my mom had left, I finished the trifle then took a shower. As I was drying off, I began chopping up vegetables and putting them into oven pans in a single layer. I’d never cooked vegetables before, I’m more of a pastry person myself, so I was worried I was doing everything wrong. When all the vegetables were in, I plucked rosemary from our plant outside and added it to the pan. Next I drizzled oil and sprinkled salt and pepper on the dish. I was in a rush to get out the door so I could get to my friends’ graduation party, so I raced downstairs to grab two cards, one for each of them. I wrote nice messages on the cards then was out the door.

The drive across town took me about 25 minutes. When I got to their neighborhood, I parked and put on my mask. I assumed most people would be wearing masks because it was a semi-large social gathering. I was sadly mistaken. From what I saw, I was the odd one out. I don’t think I saw another person wearing a mask until I was leaving and crossed paths with a friend of mine. Nevertheless, I was glad I went so I could wish my friends well. I’m sure this isn’t how they’d pictured their graduation parties, so I hope they both had lots of fun.

I stayed for about 40 minutes then headed back home so I could entertain our guests. We sat outside on the deck and chatted about life and school for a while. My mom got home about an hour and a half after I did. She’d had a long day of waiting at the hospital, and I felt bad for her. I wished I could make her life easier, but I don’t think there’s much of a way to ease the pain of watching a parent become a different person because of old age. The evening was lovely, and we all laughed a lot. We ate together and talked about anything and everything from politics to race to family to television shows. I am so grateful to have good people in my life, and I hope to grow up to be like them.

“Friends are the family we choose for ourselves.”

When at last we called it quits, I noticed the time was nearly midnight. Tomorrow early in the morning my mom wants to go look at planets, so I’m planning on going with her, though I’m sure I’ll be tired later in the day. I also need to fill out a scholarship and write an essay. I have until the end of the month, but if I wait too long I’ll miss my chance. I hope tomorrow is less stressful than today was. I think we could all use a day to recover and recuperate.

“Friends are the family we choose for ourselves.” ― Edna Buchanan

How did you spend your 123rd day of social distancing? Let us know in the comments below.