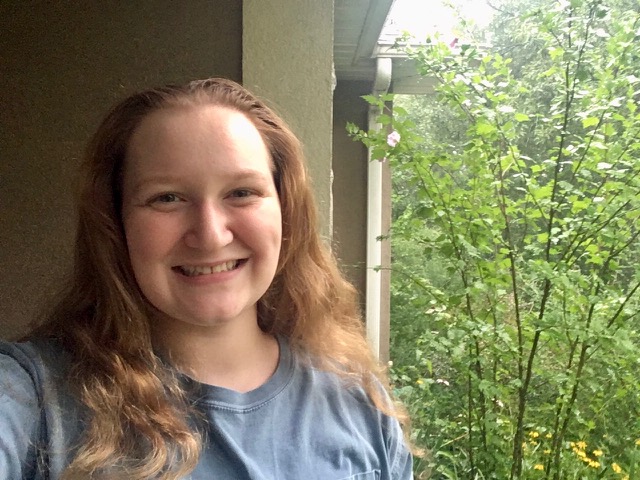 Life is too short to waste. Today is July 21.

While I’m not the most enthusiastic fan of my morning alarms waking me up, they are far superior to the obnoxious sound of a squirrel climbing on the wall and window of my bedroom. At first I couldn’t place the noise and thought I was simply having a strange dream. After several minutes of the irritating creature skittering about, however, I realized what was going on. I went over to my window and made loud noises for a few moments to scare the animal off and give me some quiet.

The squirrel made sure I was well awake, so I made my way out to the living room to see who else was up. My mom looked like she was busy, and I didn’t think my brother or dad were awake yet, so I returned to my room to read and listen to music for a while. Last night I’d started watching Cursed, so I decided to finish the first season today as well. There were only 10 episodes, and I was already about half way through, so it wasn’t much of an accomplishment.

Overall I wasn’t extremely impressed with the graphics of the show; the violence was a little too fake for my taste. There were also the unrealistic aspects of being able to easily decapitate a person with a single blow of a sword and how people seemed to recover from wounds without any proper medical treatment. I understand the show is fictional, but having aspects of period-typical violence and sanitation coupled with fantastical solutions to problems made the show a little less appealing.

While there were flaws in the show, my favorite part of Cursed was Daniel Sharman’s performance as The Weeping Monk. He played a complex secondary antagonist extremely well, and the lack of dialogue he had added to the otherness and disconnect his character had from the rest of the figures in the show. When I finished the last episode of the first season, I watched an interview Sharman did on his character, and I found his thoughts and decisions to have come through clearly in his acting. No matter the genre, I do love a good sympathetic villain. Based on what the final episode showed, I have hope for a redemption arc in the future, assuming there is a second season.

Earlier in the day my mom had suggested going on a bike ride, but one glance at the weather told me to expect sporadic thunderstorms throughout the afternoon. I was not disappointed because at several points I could see the rain outside coming down at a slant and the wind shaking the trees from side to side. I’m not the biggest fan of being caught in an unexpected storm, but I do enjoy watching one from the comfort of a warm shelter when I have nothing to do. Today reminded me quite a bit of the days my family and I would spend up in Canada, watching storms across Lake Huron.

In the evening, my brother and dad headed downstairs to watch or do something or other together. I’m not quite sure what they spend their time on, but it usually doesn’t involve my presence. My mom listened to a book on tape, and I passed the time watching a show likely intended for a middle school audience: The Expanding Universe of Ashley Garcia. I am almost positive the show wouldn’t pass the Bechdel test, which I find unfortunate because it had such a nice platform to tell young girls, especially young girls of color like the title character, they can be geniuses and not need a romantic partner to be happy. In reality, two of the female characters do talk about friendship sometimes, but most of their conversations revolve around boys. I get the show’s about friendship, too, but every episode of Part One seemed to feature at least one emotional problem caused by love or the lack thereof.

I’m hoping to find a more mentally engaging (and less frustrating) show to watch tomorrow. I’ll probably return to ER or Lost. I’m also supposed to hear back about the Chancellor’s Leadership Class, which is exciting. I feel like I’ve been on hold about that part of my fall schedule forever, or at least the last three months. In addition to that (hopefully good) news, I really need to figure out how to get my high school transcript and start writing my essay for the scholarship competition I’ve been putting off. If I keep waiting, I’ll likely miss the deadline. Procrastination is an art, though, so I think I should still have time.

How did you spend your 126th day of social distancing? Let us know in the comments below.