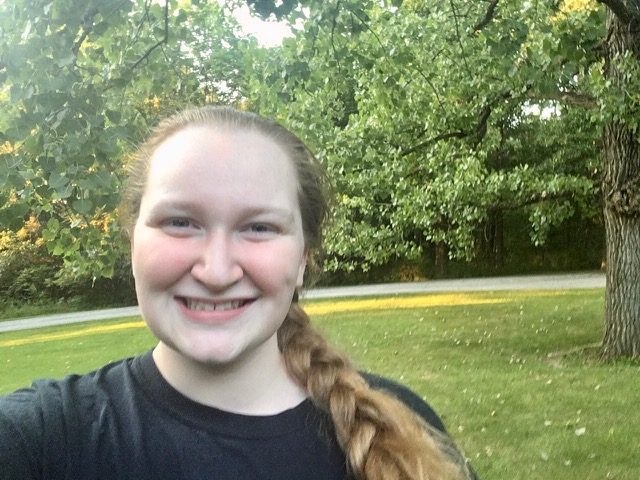 This month is flying by. Today is July 23.

Following a long, exciting night of stargazing and watching the Comet NEOWISE, I was tired enough to sleep until almost 10 a.m. For the last several days I’ve been back on a normalized sleep schedule, which is going to be beneficial for me when school starts and I have 8 a.m. classes. Probably when August comes around, I’ll try to wake up at 8 a.m. instead of 9 a.m., and then once I move into the dorms I’ll have a bit to ease into a 7:20 a.m. wakeup time, though I’m not looking forward to the change.

For several days I’ve put off doing any work whatsoever on my scholarship application, so today I decided to change that. I read through what I’d need to submit my application, which includes my transcript, an essay, a resume and several other questions. I didn’t have access to my final high school transcript, so I called the RBHS registrar to request a copy. I was worried there would be nobody in the school during the summer who could help me, but after several connections I found the right person. The registrar, Lisa Davis, said she’d find my transcript and email it to my student email. Within an hour, I had access to it and felt like I’d finally accomplished something.

I also made up my mind and picked an essay prompt to write to: “How is the legal profession important in protecting the rights of citizens?” I’m not extremely well versed in law, but I am passionate about helping those in need and making sure all people have a voice. One of the reasons I first became involved with journalism was because I hoped my writing could empower those who did not have a platform to share their stories. Several of our family friends are lawyers or are pursuing law degrees, and I have immense respect for what they do. While law is not quite the same as journalism, acting in defense of underrepresented, underprivileged, vulnerable groups no matter the platform is a just and honorable calling.

Once I finished working on my application, I decided I was in the mood to make some more apple fritters. Because of how much oil my mom and I had leftover from frying last time, I doubled the recipe this time around. Everything went smoothly, but I think I either added ½ teaspoon too much or too little baking powder. My mom was busy when I finished making the batter, and my brother wasn’t in the mood to learn how to fry, so I put the batter in the fridge for a while before we got around to frying it. I’m planning on learning how to fry in the future, but for now the thought of hot oil splattering in my direction isn’t super pleasant.

In the afternoon, after we’d finished cooking, my mom edited the photos I’d picked out yesterday and worked on cropping them. While she was doing that, and asking me lots of questions along the way, I got around to finishing the first season of Medici. I started the show about two years ago, so this wasn’t much of an accomplishment. I enjoyed the acting and characters, but because the drama of the show was of a political nature the plot seemed to drag on.

When I finished the first season, my mom and I decided to watch a movie together. My brother and dad were playing tennis, so we had access to our downstairs television. As goofy as it may be, we ended up watching Onward. We’d seen a trailer for the movie a while back but hadn’t had a chance to watch it until now. It was super sweet and a little melancholy. The animations were awesome, and I liked all of the characters. I’m not sure what our next movie will be, probably Forrest Gump because she’s been talking about it for some time now.

We did hodge-podge for dinner: a mixture of whatever leftovers we had in the fridge. While I was eating, I started watching Brooklyn Nine-Nine, which my brother and a few friends had recommended. It was interesting, but my sense of humor isn’t quite aligned with the jokes in the  show, so I didn’t find it as funny as I think I should have.

“If you limit your choices only to what seems possible or reasonable, you disconnect yourself from what you truly want, and all that is left is compromise.”

Around 9 p.m. my extended family hosted a Zoom meeting to celebrate and remember my paternal grandmother’s life. She passed away about a year ago, and catching up with everyone was nice. Apparently my younger cousin had her wisdom teeth out the other day, so I could sympathize with her pain. I didn’t say too much because I’ll be seeing them all in a couple weeks. Our Zoom meeting went on for a while, and when it ended I was ready for bed. Tomorrow I’m holding myself accountable and writing my essay, so I want to feel energized.

“If you limit your choices only to what seems possible or reasonable, you disconnect yourself from what you truly want, and all that is left is compromise.” ― Anaïs Nin

How did you spend your 128th day of social distancing? Let us know in the comments below.