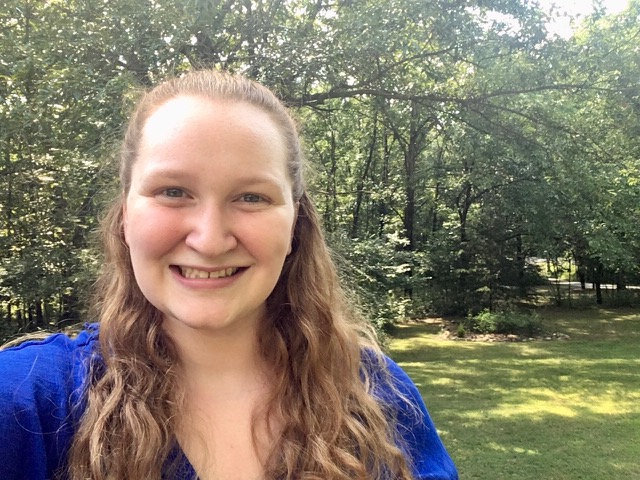 People can be frustrating. Today is July 24.

I am not liking my new pattern of waking up from stressful dreams centered around school. A few days ago I had a dream about missing my move-in date for college, and last night I had a strange but detailed dream of running late to my graduation ceremony. I don’t know why my subconscious is so fixated on me being late to school-related events, but I’d greatly appreciate it if I could go back to having fun dreams about being a superhero in space.

Fully awake and slightly on edge, I started my day off not quite right. I wanted to eat a bowl of cereal in our living room, but after pouring milk on myself last time I tried, I opted to enjoy breakfast in the kitchen instead. My mouth is feeling better, and eating doesn’t hurt anymore, but I’m still not able to consume food quickly unless it’s in an almost liquified form because I’m only chewing with my front teeth. That may seem silly, but until the surgical sites where my wisdom teeth were have healed over, I don’t want to have any food particles get stuck in them.

It won’t be glamorous work, but I hope within the next six days I’ll be able to put together something with the potential to earn me a scholarship.”

After lounging around and being largely unproductive for a while, I decided to take a shower and shave. I had a friend’s graduation party to attend in the evening, so I wanted to be clean to go. I discovered a song recently called “New Birth in New England” by Phosphorescent, so I played it on a loop to dance around to. It’s upbeat and a perfect shower/car song to sing to. As I was washing my hair I realized how long it has gotten. I haven’t trimmed it in several months now, and when it’s down I look like how I did when I was a little kid. I like it a lot, but having long hair in the summer isn’t the best combination. Headbands and hair ties are my best friend in keeping me from overheating when I’m outside.

As much as I didn’t want to, I’d made a promise to myself I’d write the first draft of my scholarship essay today. I’d chosen the second prompt: “How is the legal profession important in protecting the rights of citizens?” Before I started writing, I was responsible and outlined the four main points I wanted to cover. I normally detest prewriting and think I can plunge right in and pop out a final draft in one sitting, but that’s never the case if I want my writing to be any good. I’d looked at the posts I’d done for these Pandemic Diaries entries the last several days and saw the length I write for one of these is about as much as I’d need for the essay. I’d guess I spend about 30 to 45 minutes writing each post, so I (incorrectly) assumed I’d only need to spend that much time cranking out my first draft.

An hour and a half later I had 896 words down on paper and several tabs of historic laws and legal precedents open for reference. I have yet to read back through whatever jumbled mess I wrote. While editing a blank page is easy because there’s nothing to correct, editing a first draft is productive because it pushes the final product forward. Tomorrow I’ll be going back and correcting my lack of transitions, unclear connections between ideas and countless other flaws I’m sure my first draft is chock-full of. It won’t be glamorous work, but I hope within the next six days I’ll be able to put together something with the potential to earn me a scholarship.

In the afternoon, my mom and I headed to Camryn DeVore’s graduation party. I’ve been friends with her for several years, and I’m grateful to have her in my life. I have learned so much from her and share many fond memories. She also gives lovely hugs, which I was sad I couldn’t have because of the pandemic. At her party I talked with a former teacher of mine about the school’s plans for next year and discussed how the pandemic will change education. My friends and I chatted about college and the future. It’s crazy how just a few months ago we were meeting to pass out nice notes, and now we’re getting ready to say goodbye and go our separate ways potentially forever. I hope we stay in touch, but time and life and distance can be challenging barriers to overcome.

When we got home, the four of us ate dinner together and talked for a while before my parents and brother disappeared downstairs to finish whatever show they’re currently watching. I alternated between episodes of the confusing Brazilian series Boca a Boca (Kissing Game in English) and the fast paced ER. Around 6:55 p.m. my suitemate texted me asking what time slot I’d received for the Chancellor’s Leadership Class. She’d applied and been accepted like me, but she got the email for her time slot before I did. I’d been checking my email all day and had seen absolutely nothing. For the next three hours I refreshed my email an obnoxious number of times, hoping to see a message. At last I gave up and decided to send an email to the university to figure out what happened and why I hadn’t gotten my section yet. I hope I’ll have an answer by the time I get up tomorrow, but for now I’m left with my own frustration and annoyance.

“Joy is what happens to us when we allow ourselves to recognize how good things really are.”

As the night wore on my eyes grew tired from having contacts in, and I decided I was ready for sleep. Tomorrow I’m going to work on my essay and try to write at least one more of my letters to friends. I still need to finish four plus write to my teachers from this past year, and if I put this off for much longer I’ll be completely out of time. I have a few days before I reach the panic zone, but if I can prevent that nervous typing and printing in the future, I fully intend to.

“Joy is what happens to us when we allow ourselves to recognize how good things really are.” ― Marianne Williamson

How did you spend your 129th day of social distancing? Let us know in the comments below.