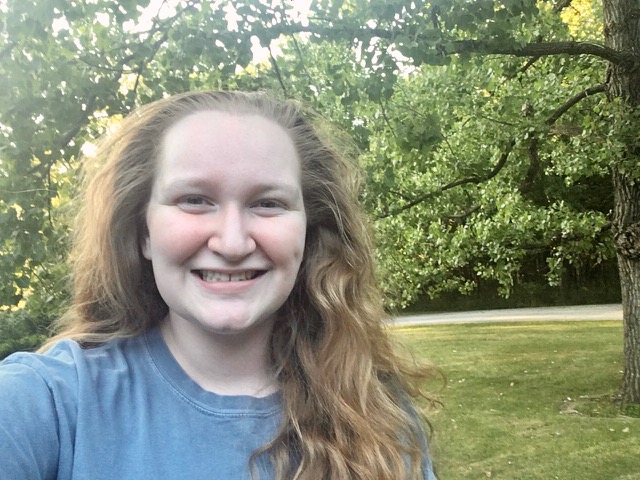 And the world spins madly on. Today is July 26.

I feel the need to disclose my heading for the day comes from The Weepies song “Word Spins Madly On.” I’d like to claim the clever line as my own, but if many years of English and journalism education has taught me anything it’s that plagiarism is bad and to not trust Wikipedia. My new trend of crazy and stressful dreams continued last night. I couldn’t get to sleep until 1 a.m. because I kept thinking about the letters I need to write and the work I still have to do on my essay. For having such a long summer, I now can’t seem to hold on to the time that’s left. I have the picture of an hourglass in my mind, and I’m desperately trying to stop the sand from falling. That must be what growing up feels like.

I am a huge fan of musicals to begin with, and this one gave my goosebumps with how amazing the show was. The staging for the show was phenomenal. The singing was out of this world. I ended up crying at least twice, probably three times because of the performance.”

When I got out of bed, the rest of my family was fast asleep. I got my computer from the living room and headed back to my room to work so I didn’t disturb them. I had four letters left to write, so I made a commitment to myself to finish at least two today. Neither of them were necessarily hard to write, but my memory isn’t always the best with recalling specific details. I looked through old photos to jog my mind, which ended up helping and making me smile. I’m a long winded person by nature, at least in my writing, so filling up a page with kind words and thanks wasn’t too difficult. Mostly in this whole process I’ve just felt sad because I won’t see many of my friends again, at least not in the same capacity I have these past few years.

Once my parents woke up, I left my room and headed out to the living room to finish my second letter. Unless it’s too loud, I prefer working in the living room to my bed room because there’s more light. Plus being on a couch instead of my bed makes me slightly less inclined to fall asleep if I get bored. When I finished both letters, I was emotionally worn out. I made myself a bowl of cereal and spaced out watching ER for a bit.

After a few hours of being awake, I was tired of sitting around. I put on some music and tackled the next part of my college packing and preparation: bathroom supplies. I included makeup in this mix, even though I don’t usually wear it except for on special occasions. If I’m taking time with my outfits in college, though, I might step it up and try to look more put together on a daily basis. As comfortable as they are, I think I should start weaning myself off wearing exclusively sweatshirts and ponytails so I can make more mature first impressions.

Lunch time came around and I had the house to myself, so I heated up some leftovers and took a break from my work. I wanted to be lazy, so I procrastinated working on my scholarship essay by watching most of the first season of ER. I don’t love all the characters as much as when I first started the series, but I hope with time they’ll come back around and be better versions of themselves. I do adore a Zuko-level Avatar: The Last Airbender redemption arc.

In the afternoon when the rest of my family was doing whatever it is they do all day, I finally got around to watching Hamilton on Disney+. It was spectacular. I am a huge fan of musicals to begin with, and this one gave my goosebumps with how amazing the show was. The staging for the show was phenomenal. The singing was out of this world. I ended up crying at least twice, probably three times because of the performance. Between a live show and a recorded one, I would always prefer the former, but this was a treat to see at all. I was surprised, though I’m not sure why, about how long the musical was. For some reason a live performance doesn’t seem to last nearly three hours, even though that’s not an uncommon run time.

When I finished watching, I had the music stuck in my head. I was in the mood to start a revolution and overthrow the government, but instead I had dinner with my family. The need to eat gets in the way of so many half thought out plans. I’m glad I got to see Hamilton, and I’m certain I’ll be listening to the soundtrack for a while on Spotify, just as I did with Disney’s Newsies the Broadway Musical after I saw it a few years back. For anyone who hasn’t seen both of these spectacular productions yet, I can’t recommend them enough.

The post-Hamilton excitement wore off after a while, which was when I knew I needed to crack down and write the second draft of my essay. I worked hard and was happy with the progress I made, though my conclusion isn’t as strong as I’d like and I don’t think the total cohesion of the piece is quiet where I’d like it. I’m planning on reading it through one more time tomorrow morning to make a few more changes (such as not saying “abuses of power” four times) before giving it to a family member to edit. I still have a few days before I need to submit it, and I’m going to do my best to make that time count.

“It is never too late to be what you might have been.”

My eyes felt tired after working on a computer for so long, and I was more than happy to go to bed before it got too late. Being exhausted and trying to form coherent, cogent ideas isn’t the best course of action. I don’t have much planned for tomorrow, so I’ll try to use my time wisely. The future is approaching a little too fast for my liking, but I’m going to do what I can to meet it prepared and with a smile.

“It is never too late to be what you might have been.” ― George Eliot

How did you spend your 131st day of social distancing? Let us know in the comments below.