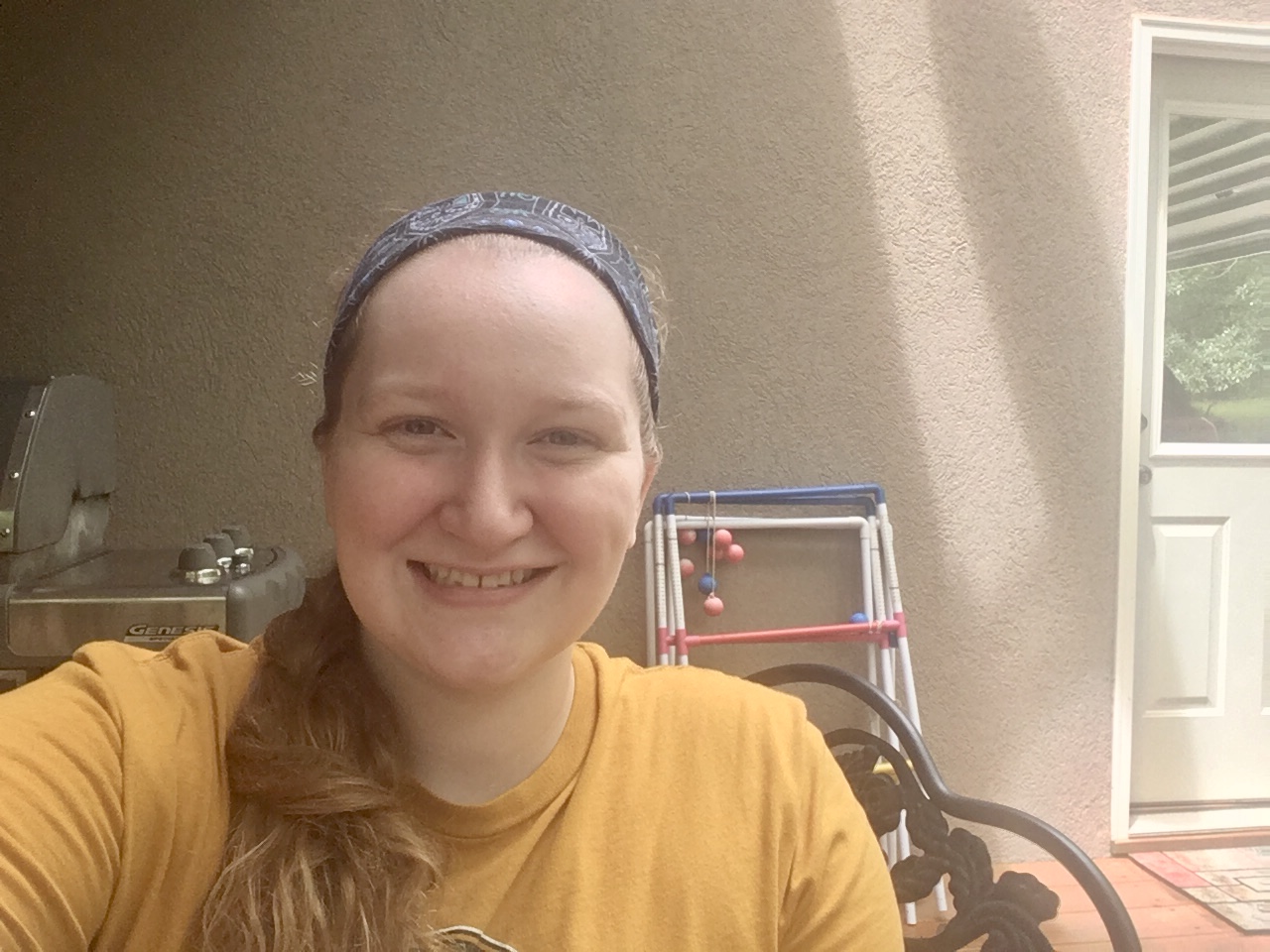 Productive and busy have different feelings. Today is July 27.

I’ve given up on understanding my dreams. As a nice change of pace, I didn’t have one focused on graduation or a graduation party. Instead, I got to dream about being stuck in a time loop on the day the world explodes having to drive from the Moon to Earth to try and save the planet. It wasn’t the same stress as missing my own graduation, but I still woke up in a mild panic.

I looked around but didn’t see the rest of my family. I’d forgotten my mom was riding along with my grandpa to St. Louis, so I assumed everyone was sleeping in late. I headed out to the living room and flopped onto the couch. I wasn’t in the mood to start working just yet, so I watched a couple episodes of ER. I’d finished the first season last night, so I got to start the second today. One of the aspects of television I find strange is how characters get a different haircut each season. I don’t hate the new ones, but they weren’t quite as nice as the first season’s.

After a while I got bored and changed from passively watching TV to actively working on my scholarship essay. I’d gotten the first draft down on paper a few days ago, revised it and created a second draft yesterday, so this morning I got the pleasure of making third draft edits. I went through and color coded repetitive words, reorganized and restructured paragraphs to help the flow and tried to catch as many issues as I could on my own. During the school year I normally procrastinated so much I’d ask my parents to edit the first draft of whatever paper I was writing instead of making revisions on my own first. For this essay, though, I wanted to put my best foot forward.

Around 11:30 a.m. my mom texted me saying she and my grandpa were about an hour away from home. Roughly 45 minutes later, I had the idea to bake cookies for my grandpa so he could have them when he got to our house. I started too late, though, because I was still adding flour and chocolate chips to the cookie dough when my grandpa and mom arrived. I raced out to the garage and asked my grandpa if I’d wait around for another 25 minutes so he could sample the first batch. I added walnuts to a few cookies for him, but the rest I only used chocolate chips. Normally I’d be all for some crunch in my cookies, but with my wisdom teeth surgery sites still healing I didn’t want to risk any bits of nut getting stuck in the holes.

I listened to the Hamilton soundtrack while I baked, and in no time I was serving my grandpa some sweet treats. We talked for a bit, but then he headed home. I talked outside with my parents then headed back in to do some more work. I was a little burned out on writing, so I decided to go through our photos and pick out ones to have at my graduation party. Going through all our pictures took me several hours, but by the end I’d found 143 usable images. I doubt I’ll print all of them for my graduation party, but it was fun seeing myself grow up over the years.

When I finished my task, I took a brain break then got back to working on my scholarship essay. I’d made most of my own edits, so I passed my computer to my dad and let him rip me apart. The greatest issue he found in my writing was my lack of specific examples. I talked in broad generalizations and used flowing language instead of being focused, precise and detailed. I have little trouble writing too much, but often I have to narrow my focus on any given piece so I can make a clear point. Making hard edits, especially my dad’s, isn’t my favorite experience, but with his guidance I have become a far better writer than I was seven years ago.

For at least three hours I made changes, researched Supreme Court cases and had my dad rip apart my writing. Around 7:20 p.m. we finally called it quits for the day. He told me to put the essay to rest and not look at it for a day to put some space between me and my writing. I don’t have much time to spare before I need to submit it, but I have a few days still. Once I was finally done with essays and thinking about the American legal system for the day, my family and I gathered downstairs to play Spades together. We hadn’t played a game in some time, so I was itching to beat my brother and mom.

My dad and I got set on the first hand, but we ended up making a nice comeback thanks to several good hands and ultimately winning the game. In between hands at one point, my brother and I both learned how to blow a conch shell, which my parents had from their honeymoon in Jamaica. It was an interesting (and loud) experience, and we all ended up laughing. When we finished playing, my dad, brother and I watched The Old Guard. It was my third time watching the movie, so I wrote my post for the day while it played. Overall, it was a great way to spend an evening.

Tomorrow I have a busy day: I have a doctor’s appointment, I need to pick up and I have a Zoom meeting in the afternoon. A friend of mine also texted me while we were playing Spades and asked me to take photos at RBHS in our caps and gowns in the evening. I don’t want to be worn out, so I’ll try to get a good night’s sleep tonight. The time I have left this summer doesn’t feel like enough, but I’m doing what I can to make every day count.

How did you spend your 132nd day of social distancing? Let us know in the comments below.