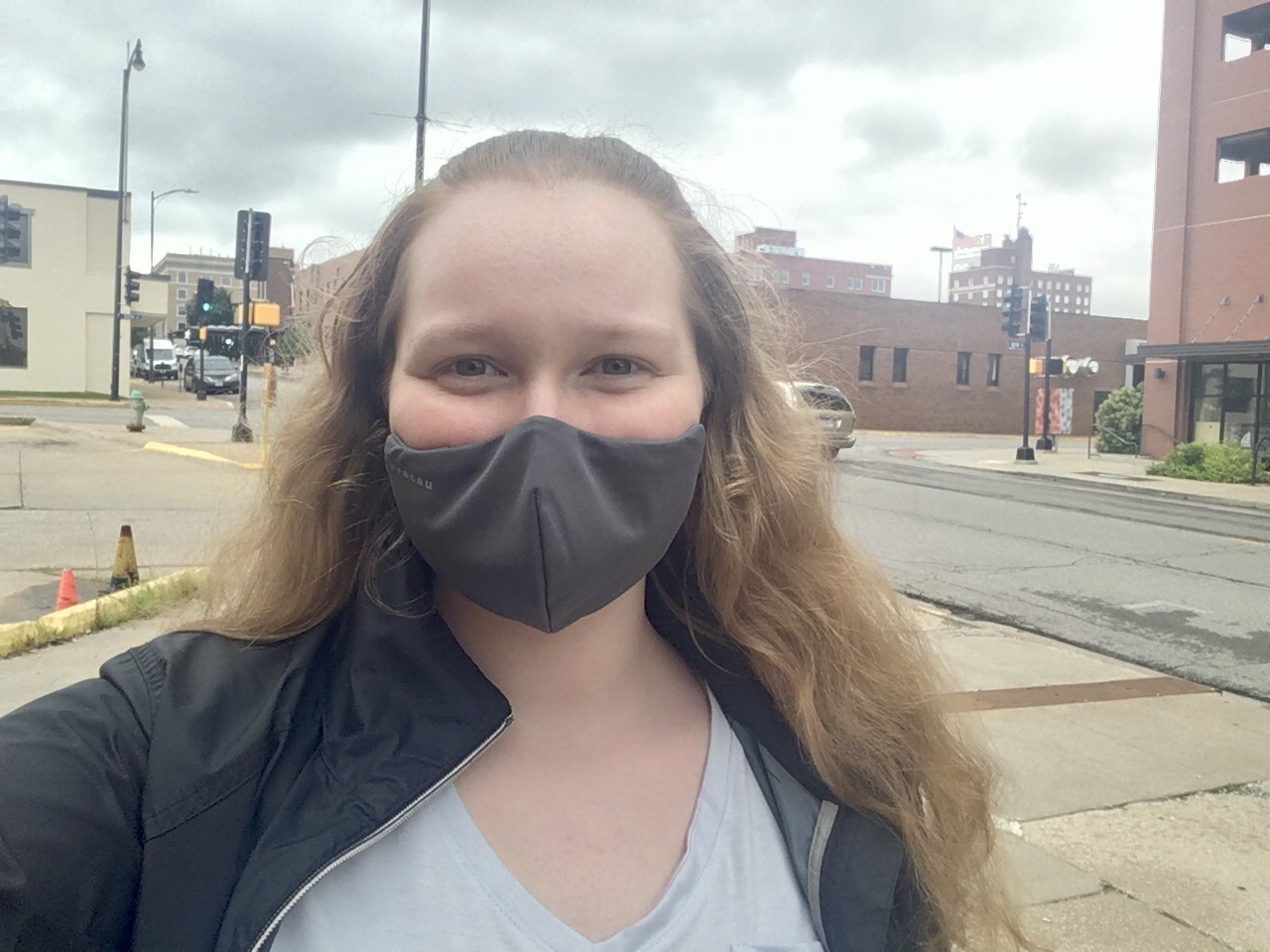 Take time to notice and be thankful for small moments of joy. Today is July 30.

For some reason I keep waking up with bug bites all over my legs. I don’t sleep with my windows open and haven’t been outside too frequently these last few days, so I’m not sure why this is happening to me. Thankfully after the first half hour of being awake they stop itching. As effective as they are, they’re not my ideal alarm clock. Once I was up, though, I headed to the living room to grab my computer. My mom was sleeping, so I did my best to not wake her and went back to my room to work. When she got up, I moved out to the living room.

I was in a slightly grumpy mood because of the bug bites. For about two hours I worked on my scholarship application. I was too sleepy to focus on my essay, so instead I focused on editing the PDF and formatting my volunteer experience. In addition to the document the scholarship required, I also attached separate sheets where I’d typed my responses to three questions. The application didn’t specifically ask for this, but I went ahead and included my resumé because it listed several awards and described some of my volunteer experience. I would rather give too much than too little information, so I felt like this was the right choice.

I am optimistic I have a shot at winning, though I don’t want to jinx my chances. I’ll hear back Aug. 20 if I won or not, but until then I’ll try not to worry about a decision that’s now outside of my control.”

When my dad woke up, he made blueberry pancakes for my mom and me. My brother was already at work, so he didn’t have any until he got home. We ate at the kitchen counter and talked about our plans for the day. The food was delicious and filling. After we finished eating, my mom and dad helped me make a few final edits to my essay. I had to cut about 55 words to meet the 1,000 word maximum limit. The final draft looked solid, so I went ahead and printed it with the rest of the application papers. I then paper-clipped the documents together, put them in an envelope and wrote the appropriate address on the outside, just to be safe.

My mom took a shower, and I changed out of pajamas, then we headed off to turn in my scholarship application and run a few errands. When I tried to hand in my application material, the woman I was talking with seemed confused. At first I worried I was in the wrong place, but everything worked out in the end. I am optimistic I have a shot at winning, though I don’t want to jinx my chances. I’ll hear back Aug. 20 if I won or not, but until then I’ll try not to worry about a decision that’s now outside of my control.

After dropping off my application, my mom and I headed to FedEx to print some photos I want to display at my graduation party. Apparently FedEx doesn’t print on photo paper, only cardstock, so we ended up at Walgreens instead. As my mom was looking online for a coupon, she realized the photos were the wrong cropping size. For the next hour the two of us sat in the car listening to music and the sound of traffic while she re-cropped the images. I am so grateful to have her as my mother. I don’t know anyone more tenacious or hardworking, traits which I hope to have inherited. Despite the wait for cropping, getting the photos printed was a fast process.

“I added two sheets of black construction paper to the right side of the plywood where I’m planning to write something along the lines of “From RBHS to MU” but I’m trying to think of a more clever phrase. Even with my rocky start, I think it looks just fine.”

We had exactly enough time to submit our photos to print then go to the Post Office to drop off a couple letters before the images were ready for us to pick up. All in all, our trip was fun and productive. I was happy to have the photos in my hands so I could make my picture display in the afternoon. When we got home, I had some lunch and my mom cut up watermelon. Then I brought two large plywood boards downstairs where I cleaned them off of dust and dirt. My dad found some double sided foam tape for me to use to adhere the photos, which worked well.

I don’t have the best eye for spacing, but I tried my best to make the board look somewhat presentable. While I was arranging the photos on the plywood, my parents and I watched an episode of Chuck. I didn’t leave much whitespace between the images and ended up with an odd layout, but I like it just fine. I have a few more photos I want to print before the party, and I’m planning on putting them in various holders on tables. I added two sheets of black construction paper to the right side of the plywood where I’m planning to write something along the lines of “From RBHS to MU” but I’m trying to think of a more clever phrase. Even with my rocky start, I think it looks just fine.

When my brother got home from work, he and my dad headed out to play tennis. While they were gone, my mom and I made a German chocolate cake for tomorrow. It’s my grandpa’s favorite cake, but my dad and brother don’t love it, which in my book just means more for my mom and me. As we waited for the cake to cook and cool, my mom and I sorted toothpicks for my graduation party so they’ll be green and gold. After my graduation ceremony and photos at RBHS tomorrow evening, my family, grandpa and I are planning on ordering takeout and eating at home so we can all celebrate together. I heard from friends today that the graduation itself was nice, so I’m looking forward to it. It feels surreal that after so long I’ll officially be a high school graduate.

In the evening once everyone had had a little time alone, my parents, brother and I played a game of Spades. It was lots of fun, though I am frustrated with myself for misplaying the last two cards in the game because we could have had a victory instead of a defeat. There’s always the next time to win, though, so it doesn’t matter too much. Being done with the essay and having that weight off my chest feels nice. Tomorrow morning I have to be up early for a “This is Honors” Zoom meeting, which is scheduled to take two hours. I want to have lots of energy for tomorrow, and the next several days, so I’m planning to get to bed sooner rather than later. After the busy day I’ve had today, I doubt sleep will evade me for long.

How did you spend your 135th day of social distancing? Let us know in the comments below.