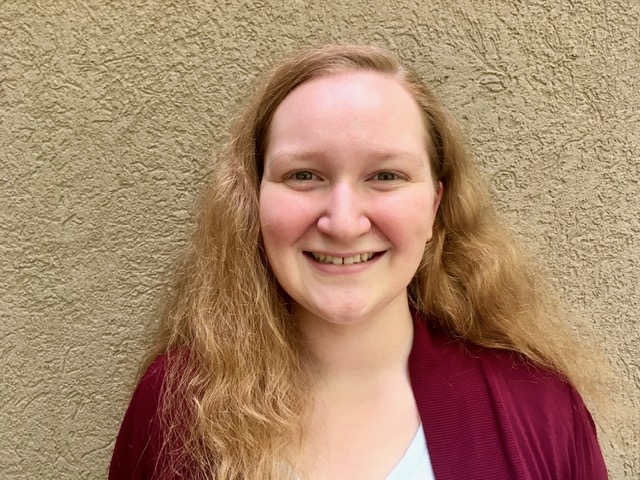 Everyone deserves to feel loved and appreciated. Today is August 3.

Yesterday was a whirlwind of events and people. I checked my phone for the first time when I got into bed and saw I had several texts from friends I needed to respond to. As soon as I was done, I rolled over and was asleep in minutes. I hadn’t planned on getting up too early, but I also didn’t want to sleep the day away. Around 9:45 a.m. I got out of bed and plodded to my parents room where they were talking.

I am an introvert by nature. People tend to think that means I’m shy and don’t like talking to people. In reality, it simply means I feel drained of energy if I’m around people for a long time. In other words, this morning was an intense emotional hangover for me. I don’t think I said a full sentence for the first hour I was awake. Even then I didn’t really want to talk to anyone or look at anyone or think about other human beings in general.

On Saturday my mom and I cleaned out our crafts room together, and in that process I transferred piles of my old school materials up to my room. Today was the day I got to sort through that whole mess. Since the start of middle school I’ve kept every notebook, folder and binder from every class I’ve taken. That adds up to a lot of paper, most of which I had no use for. Unlike Saturday when cleaning felt fun and a little adventurous, today it was just another chore I had to do.

From 10 a.m. until at least 3 p.m., probably later, all I did was sit on my bedroom floor sorting through stacks of paper. As I went through everything I made separate piles for each of my classes with whatever papers I wanted to hold on to. The rest went into a messy heap for recycling. Whenever I got through a binder, I’d take a trip to dispose of my unwanted items in the recycling and get a pinwheel sandwich wrap to eat. They taste fine, but I’m pretty sure that’s the only food I’ll be eating for the next week, and I’m about to get sick of them quickly.

I did my best to not keep too many papers, but I’m also a sentimental person. I ended up holding on to several of my essays, assignments where teachers had left positive or funny comments and documents I have specific memories attached to, like my “What if?” project from sophomore year. I also held on to all of my Advanced Placement Calculus AB materials in case I need them during college. For the rest of my math binders I went through and kept any worksheets or notes I thought I might need in the future, but I got rid of the countless sheets of scratch paper and random assignments I’d held on to.

Originally I had planned on also going through all of my old Spanish binders and clearing them out, but my brother has recently expressed interest in learning the language. While I may not need the worksheets I did in sixth grade Spanish 1A, he may want access to them in the future if he pursues this further. In addition to the binders I kept, I also have sorted and stored away nearly all of my Spanish vocabulary flash cards, which I started making in sixth grade and continued with through my junior year.

I ended up sorting all the old school papers I kept into three boxes: Spanish materials, high school and middle school. I also labeled the top page of every class with a Post-it Note so later on I could figure out where each high school class began and ended. When at long last I finished sorting and recycling everything, I brought the boxes down to the crafts room to store them alongside a stack of newly emptied binders and folders. They didn’t take up too much space, and I’m glad I’ve held on to what I decided to keep. I still need to find a place to store my Spanish box, but that can be a task for another day.

After I finished that chore, I realized I needed to submit a photo and official documentation for my University of Missouri ― Columbia student ID. I’ll need that to move into my dorm, and today was the last day to make sure my ID wasn’t delayed. I scanned my driver’s license and uploaded that for proof of who I was. Then I tossed on a presentable outfit and had my dad take a headshot of me for my ID photo, which is also what I used for my featured image today. The whole process didn’t take more than 15 minutes, but I was glad I didn’t put it off.

In the evening, I took some time by myself to relax and watch The Umbrella Academy. I’d started the second season on Friday when it first dropped, but since then I hadn’t had any free time to finish it. From what I’ve seen so far, which is all but the last two episodes of season two, I am highly impressed and would definitely recommend it. Compared to season one there has been so much character development and the characters have far more emotional intelligence. It is absolutely a show one could binge watch without getting bored, which is a great way to spend a day during quarantine. If I don’t finish the season tonight, I’m planning to tomorrow.

“Live quietly in the moment and see the beauty of all before you. The future will take care of itself.”

I don’t have a busy day scheduled tomorrow, which is a nice change of pace, so I’ll do a little more work getting ready to go off to college. I really need to order my textbooks and books in the next day or two so they’ll arrive before my classes start. I didn’t get around to writing thank you notes today, so that’s on my agenda for tomorrow as well. I also have to work on creating a website so I can have at least a little meaningful progress to report during the Zoom check-in/meeting I have Thursday. All that aside, what I want most is to have a day where I can recharge and rest so I can get back to feeling 100% instead of the emotionally drained zombie-like human I was today. A good night’s sleep and a nice breakfast should have me back to a mostly human state, so I’m not too worried.

“Live quietly in the moment and see the beauty of all before you. The future will take care of itself.” ― Paramahansa Yogananda

How did you spend your 139th day of social distancing? Let us know in the comments below.