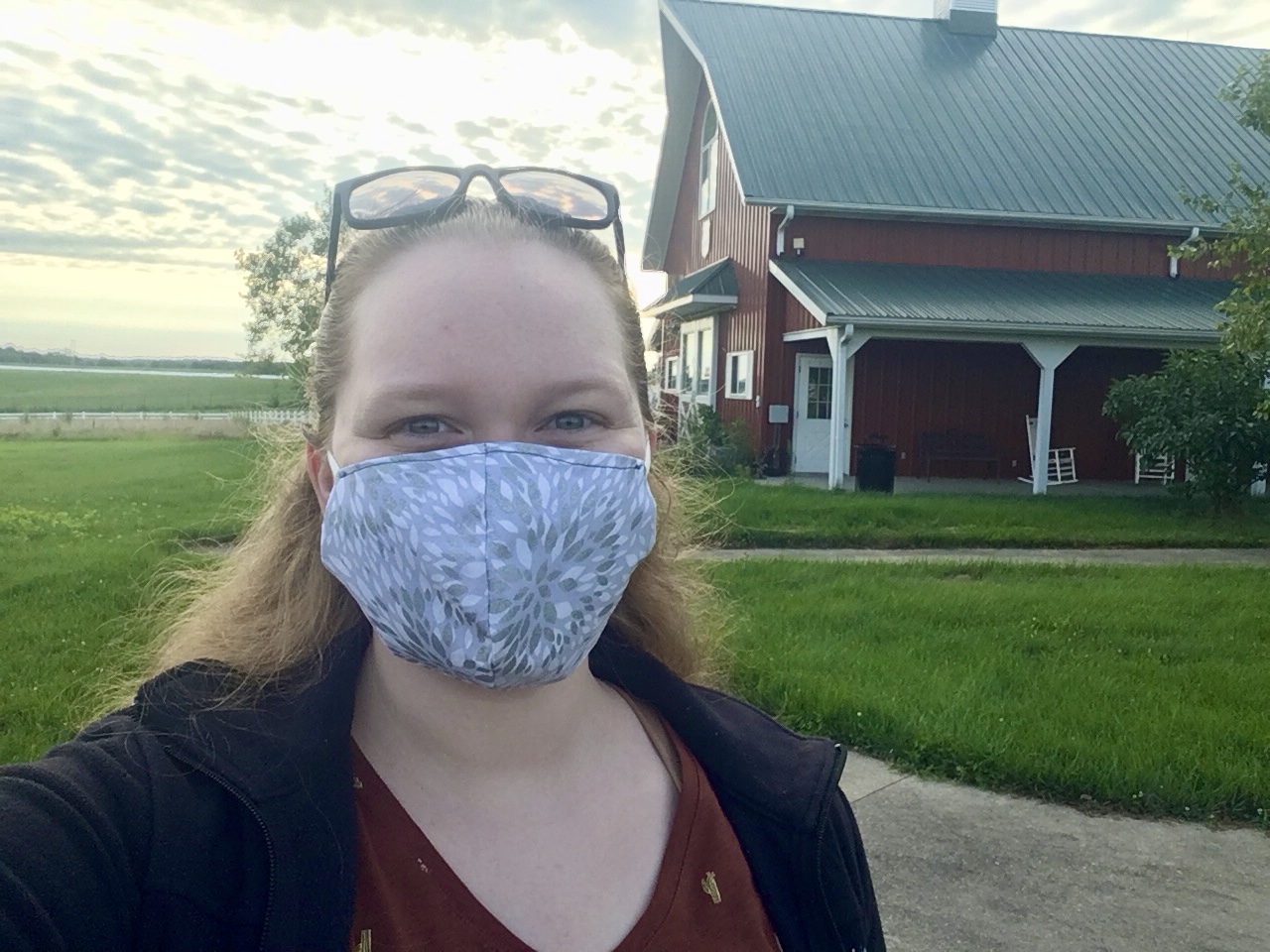 Time in nature does the soul good. Today is August 6.

I woke up just after 7 a.m. to pale morning sunlight. I’d set my first alarm for 7 a.m. on the dot, but I hadn’t actually expected to get up until half an hour later. Instead of getting to enjoy my usual 9 a.m. wakeup time, I had an early start to my day because of my meeting with Dr. Noel Aloysius, an assistant professor at the University of Missouri ― Columbia (MU). He’d asked me to meet him and another undergraduate who will be working for him at Jefferson Farm and Garden, which is a 67-acre property for research that MU owns.

When he’d told me the name, I hadn’t given it a second thought and expected to end up at some boxy lab building with white walls and microscopes. I was completely surprised when my directions took me to this huge stretch of green space with a little farmhouse-type building and plants everywhere. I missed the entrance the first time and thought I was in the wrong place until I saw Dr. Aloysius. We talked for a little bit while we waited for the other student to show up, then he told us about the various research projects going on and gave us a small tour of the area. The weather was absolutely beautiful, and I felt refreshed spending time outside with a light breeze, clean air and the smell of plant life instead of hearing cars or feeling trapped in a city.

I couldn’t remember everything he said, but I came up with plenty of good ideas for what I want the website to have. He has access to a drone that can take photos of the location, and I intend to take full advantage of that. I’m planning on visiting the facility once I have approved access so I can take high quality photos for the website. With tooltips and video clips and other visual elements, I’m excited for what the website will look like. By Monday I’d like to have a skeleton of it created, and from there I’ll be able to start messing around with design and layouts and other fun elements.

Around 9:10 a.m. I got back home and searched both my email accounts for information about my hiring process. A week ago I’d missed the official email telling me how to start getting paid for my work and how to become a student employee, so I began filling out what I could once I tracked the message down. I realized I didn’t know some of the information, specifically about my finances in relation to employment since I’ve never had to deal with that before, so I had to wait another hour for my parents to wake up. To pass the time I watched the first episode of Warrior Nun on Netflix, which was a strange show. I can’t decide if I want to keep watching it or not.

Once the rest of my family was awake, I spent an hour tracking down routing numbers, filling out various electronic forms and electronically signing official (slightly intimidating) documents. When I’d completed all the electronic paperwork, I noticed I had to show proof of my identity and employment eligibility in person at MU. My dad gave me my passport to use as my official document, and I headed downtown to finish the final step in becoming an official student employee. I ended up getting a bit turned around while driving because Google Maps took me to the wrong building, but I got to the right place in the end. A nice man helped me find the correct office. I had to wait a few minutes for everything to be processed, but once all that cleared I was on my way and headed back home.

By that point it was after noon and I had yet to have anything to eat, so I had some of the smoothies my dad had whipped up and cooked a grilled hot ham and cheese for myself. I was feeling slightly brain dead, so I killed an hour and a half or so watching the 2019 film Almost Love, originally titled Sell By. It centered around couples figuring out if they could make their relationships work. I’d seen media similar to it before, so I wasn’t impressed. It was realistic and didn’t glamorize life like some romantic movies do, but at the same time I wish there had been more character development and backstory for more of the characters rather than thrusting the audience into the middle of the story without having context for the beginning or a guess at the end.

For no good reason other than the fact that I enjoy a good drama, I also watched the first four episodes of the 2017 series Dynasty. I can’t tell which of the characters I hate most, or if I even like any of them in the first place. I think Dynasty is going to become my new go-to show, especially if I don’t want to have to think and can instead let my brain turn to mush before returning to reality. I’m all for some high-focus-required television, but I also enjoy being able to roll my eyes at the problems of fiction rich people every once in a while.

I also realized the most recent episode of The 100 became available on The CW today, so I watched it while my brother was going to Shakespeare’s to pick up pizza for dinner. The final season of the show has so many plot lines going on at the moment, and has made some interesting choices on which characters to feature and which ones to sideline. I’m interested to see how the show wraps itself up, and I’m hoping for a somewhat satisfactory ending. Regardless, I’ve enjoyed what the show has done with its previous seasons, so I haven’t given up on it just yet.

“Much of the secret of life consists in knowing how to laugh, and also how to breathe.”

Tomorrow I’m meeting up with an old teacher of mine for lunch and am planning on finally dropping off my thank you notes at the post office. I’ll be able to sleep past 7 a.m., but I did enjoy having a quiet and peaceful start to my day while the rest of the world seemed to still be sleeping, except for the traffic of people who have jobs and aren’t lucky enough to be a student on summer vacation. In theory my mom is supposed to hear back with her coronavirus test result tomorrow, too, so depending on what it is we’ll either be celebrating or staying even farther away from her. I’m optimistic about the former, but I don’t want to get my hopes up just yet in case the world decides to throw a curveball in our direction.

“Much of the secret of life consists in knowing how to laugh, and also how to breathe.” ― Alan Watts

How did you spend your 142nd day of social distancing? Let us know in the comments below.