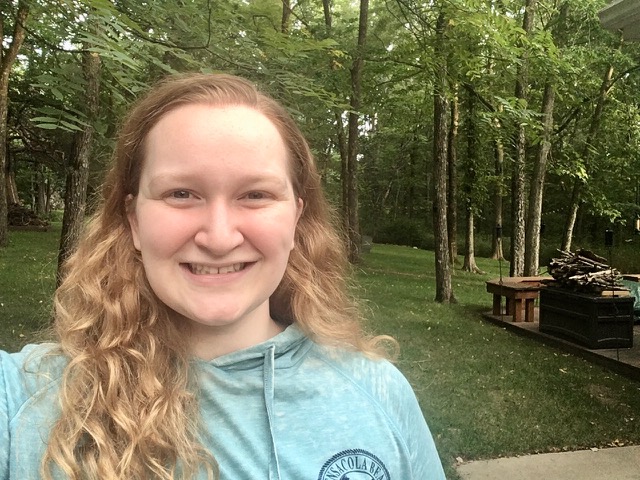 Welcome to the final week of summer. Today is August 9.

For the last several days I’ve been the first one awake, which is both strange and pleasant. I remember how at the start of this very long summer I’d stay up until the wee hours of the morning then sleep half the day away. Getting up and not feeling too tired at 8:30 a.m. is nice. I’m not sure how much I’ll love 7 a.m. alarms during the school year, but adjusting to waking up an hour and a half earlier instead of four hours earlier isn’t going to be terrible.

During the hour I had before the rest of my family members started their day, I completed the required Show Me Renewal module/training on COVID-19 for the University of Missouri ― Columbia (MU). I’d gotten an email the other day telling me to finish it by Aug. 24, and I thought I’d do it sooner rather than later. In total the work consisted of modules covering various health procedures and guidelines to follow at MU in relation to the pandemic. It was largely common sense information about wearing masks, sanitization and disinfection, social distancing and consequences for not following the mandates. I spent about an hour watching the videos and taking five short quizzes. By the time I was done, both of my parents were awake.

After eating a small breakfast, I took a brain break from boring modules and ended up watching the new dance movie Work It on Netflix. The acting and dance were fine, but the plot was nothing I hadn’t already seen a thousand times over in different TV shows and films before. I enjoyed the dance sequences, but the whole “discovering friendship and happiness through the power of dance” storyline seems a bit overrated, especially without any major plot twists or character quirks to spice up the movie. It was a little like watching the seventh remake of a Cinderella story and knowing what’s going to happen even if the actors are different.

When I was done with Work It, I began the second training I had to complete for MU, this one due in mid-September and dealing with drugs and alcohol. For the most part all I had to do was sit through various videos, do some interactive questions and take notes before hitting the next arrow. At one point I did take an anonymous survey about drug and alcohol consumption, which I’m pretty sure the school uses for data. Some of the modules were informative, and I’m glad the school has this as a mandatory training, especially the section on sexual assault, since even kids who don’t drink can use a reminder on how to behave with respect and be a good community member.

In addition to sitting through the training, I had to take a pretest and a final exam. All in all the whole training lasted about two and a half hours. I now know more about alcohol, drugs and state laws related to drinking and driving. Once I’d finished I felt like I did all last summer when I was taking online personal finance and would have to sit and watch modular lessons for hours all day. I was tired and bored and happy to have checked the two mandatory trainings off my to do list before I moved to the dorms and classes started.

In the evening I spent a while watching more episodes of Dynasty. My brother and dad played tennis together, so I couldn’t watch Chuck, which made me a little sad since I want to finish the final season by the end of the week. I also realized I need to watch Veronica Mars on my own while my brother is at work so we can watch the last season together before I go off to school. I feel like all the time I thought I had is slipping away through my fingers, and I don’t know how to hold on to the little time I have left. I suppose no matter how long a summer is, I’ll always want just a few more days before I have to face reality again.

“A mind troubled by doubt cannot focus on the course of victory.”

After dinner my dad took my brother and me to Andy’s Frozen Custard. We enjoyed our sweet treats then headed back home to play Spades. My dad and I won again, which was nice, but even more enjoyable was the fact that I was able to spend one of my final days at home with my whole family having fun. I can already tell I’m going to cry and be homesick once I move out, even if I’ll only be a 15 minute drive away. Tomorrow I’m going to start building the website, and I’ll probably enlist my mom’s technical expertise to help me along the way. I want to have a solid skeleton in place before I move into the dorms, so I’ll need to put in some serious effort these next several days to be in a good place. I’m happy to keep working out the minor kinks once I’m in the dorm, but I’d rather have all the major issues figured out ahead of time. Even if we’re working, I want to spend as much time with my loved ones as I can before entering the world of college.

“A mind troubled by doubt cannot focus on the course of victory.” — Arthur Golden

How did you spend your 145th day of social distancing? Let us know in the comments below.