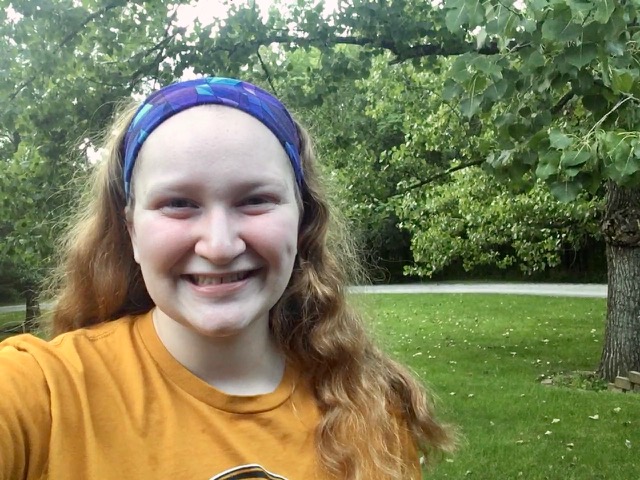 Life never does quite what one expects of it. Today is August 12.

Last night was a disaster, to say the least. After playing cards, I went upstairs to make my post for the day. I wrote the text, emailed myself the pictures and opened up Bearing News. As I tried to create a new post, though, a white box popped up. Without thinking, I selected whatever option was on it and went on with trying to make my entry.

That white box caused me more problems than I could have imagined. I thought the site was running slowly because I hadn’t updated the plugins in months, so my mom suggested I take a few minutes to do that. I was able to do the 12 or so updates easily enough, then I returned to making my post. Unlike almost every other time, however, I wasn’t able to access the correct format and layout on the site. I tried correcting the issue by installing another plugin, but that did nothing to help.

I was an absolute mess. I thought I’d completely broken the site and had ruined everything. I kept thinking how if I couldn’t even get Bearing News to work correctly, I’d never be able to make a site from scratch for my job. Let’s just say I wasn’t a pretty sight. A little after midnight my mom was able to find a temporary work around so I could get the post up, even though the formatting was all out of whack and the entire entry looked ugly. I gave up and went to bed with puffy red eyes and a crushing weight on my chest. I felt like a failure.

I slept in a tight ball with so much tension and anxiety in my body that all day after I woke up my back ached and my joints felt sore. When I first got up I checked my school email and saw I had yet another training to complete, this time on alcohol again. I’m starting to get sick of these modules, especially because they keep sucking away the little time I have left before leaving for school. A half hour later when I’d finished about how to drink responsibly and the dangers of unhealthy alcohol use, I began working on Bearing News once again to fix the problem I’d potentially created.

I looked on countless sites trying to find people reporting similar issues and eventually landed with this one. Based on a recommendation I saw, I decided to install Enable jQuery Migrate Helper as a plugin. Honestly, I’m not sure what it does. I think it helps the plugins communicate better with one another, but that’s just my guess. To my surprise and great excitement, installing the plugin worked. I was at long last able to use Bearing News as I had 24 hours prior. I think what I found was only a temporary solution to the problem, but as long as it works until I’m done with these entries in a few days, that’s good enough for me.

After all that was over and done with, I headed out to the living room to watch an episode or two of Dynasty, eat some breakfast and drink a glass of water. Whenever I have a sad or emotional night, I end up feeling dehydrated and crummy the next day. The food helped a little, but what was even better was the long, hot shower I took. My estimate could be off, but I’m pretty sure the last time I trimmed my hair was nearly a year ago. I thought I’d done it during winter break, but I’m not sure. Before I head off to school, I wanted to have my mom clean up the split ends and even it out, so when she got home from the store that’s what we did.

I tried to take before and after photos of my hair, but without any reference line for the length, there’s not that much of a noticeable difference. It’s about an inch or two shorter, though my mom wanted to take even more off, but at least for now I’m enjoying how long I’ve let it become. While other kids are getting their start of college new hairstyles, I’m sticking with the same one I’ve had for as long as I can remember. One day I’ll probably try something new, but I don’t see a reason to mess with what I have now.

In the afternoon my parents and I watched most of an episode of Chuck before my dad left to play tennis with my brother. While they were gone I mistakenly answered our house phone and ended up answering questions for a political survey for what felt like forever. When at last it ended, my mom and I went downstairs to watch Avengers: End Game. Neither of us had seen it before, and even though we only got through about half of it, I’ve enjoyed what I’ve seen so far.

For dinner my parents and brother wanted to get Mexican. I was more in the mood for Chinese, but I decided to go with whatever they all decided on. By the time my brother and dad brought home the food, I had lost my appetite. I’d been out of sorts since last night and far more emotional than I usually am. By the evening my eyes were sore from crying. Maybe it’s because my whole life is about to change completely, but I’ve been feeling low and not like myself. I hope I can snap out of it soon because I want to start college off on the right foot, and I still have so much work to do before Saturday.

“Acceptance doesn’t mean resignation. It means understanding that something is what it is and there’s got to be a way through it.”

Tomorrow morning I have to take some photos and make a video for my job. I’m not sure how doing one 15 second video turned into a five part project, but apparently that’s what I’m expected to do now. I really hope I can get some more clear guidelines and a stronger structure for my job soon because I do not thrive on spontaneity when it comes to assignments and deadlines. I also need to make sure I have everything I need for my dorm room and classes, get some items at the store and figure out how move-in works. I’m feeling anxious and sad and not as excited as I thought I’d be three days before moving in, but I really hope one good night of rest will allow me to get back to who I want to be.

“Acceptance doesn’t mean resignation. It means understanding that something is what it is and there’s got to be a way through it.” ― Michael J. Fox

How did you spend your 148th day of social distancing? Let us know in the comments below.