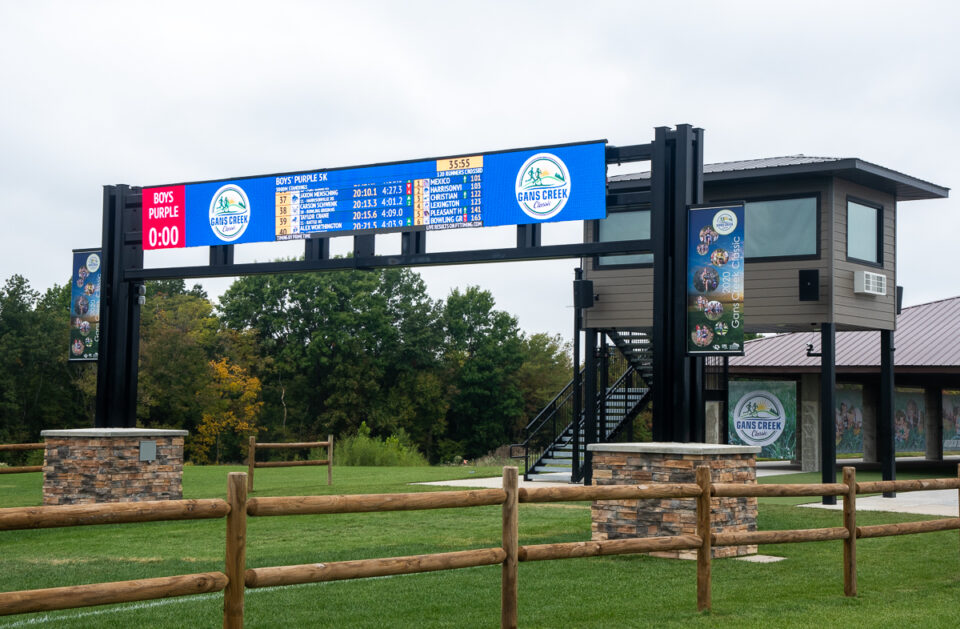 The girls’ and boys’ cross country teams ran for 5,000 meters through warm temperatures and rolling hills on the open fields of the Gans Creek Classic course, Sept. 6.

Both teams raced in the Gold Division with the girls placing second out of 16 teams with a score of 98 points. The boys ran an extremely close race with the top five runners tying with St. Joseph Central High School at 78 points but managed to finish in first out of 17 teams through a sixth runner tiebreak.

Overall, there were inconsistencies in the performances, especially compared to other meets in the previously undefeated season. However, Coach Neal Blackburn thinks it is crucial to remain focused on letting winning be the product of the team’s execution.

“At the end of the day, you have 90+ schools at this meet. Our boys defeated them all, and our girls defeated all but one,” Blackburn said. “It’s easy to overlook when you become consumed with winning. We have to become consumed with executing [… ] From here on out, our goal will be to find the dog in our fight over the last half of races.”

Senior Sophie Muskopf agreed with Blackburn that while overall results were good, there was room for improvement.

“Many [on the team] felt we still had a little more to give at the end. However, we will use what we learned today to be better as the season progresses,” Muskopf said. “From now on, we will always make sure to go to the well for each other no matter how we’re feeling.”

Boone County’s health restrictions limited teams to only ten runners. Muskopf said she felt this new change and the absence of spectators played a role in performances not as great as she felt they could have been.

“The limit on runners was definitely a big shock not only when we found out a few days ago, but even more today when half of our team wasn’t there,” Muskopf said. “Our team culture has always been amazing, and knowing our teammates were [not] with us definitely affected some parts of our races.”

Even with the course’s challenges, both teams were able to compete in a larger and more competitive field of runners, as Gans Creek was the biggest meet in the season thus far.

“Our biggest goal is to win the state championship this season. However, more than that, I think we want to see that we’re giving 110% for each other, no matter what.”

Being surrounded by better competition acted as a reminder during the race of what the team was working for this season.

“We want to win a state title this year,” sophomore Ian Kemey said, “that’s probably our biggest motivation as a team”

The race marked the halfway point of the cross country season and acted as a checkpoint to gauge where teams were leading up to postseason.

Muskopf said she thinks there is a lot both teams can take away from this meet and hopes it will serve as motivation as they train to earn a state championship title.

“Our biggest goal is to win the state championship this season. However, more than that, I think we want to see that we’re giving 110% for each other, no matter what.” Muskopf said. “Knowing at the end of the day that we gave everything for each other would be much more meaningful than any trophy.”

How do you think the cross country team will perform at the next meet? Let us know in the comments below.

RBHS wins in a tight game against Tolton Catholic