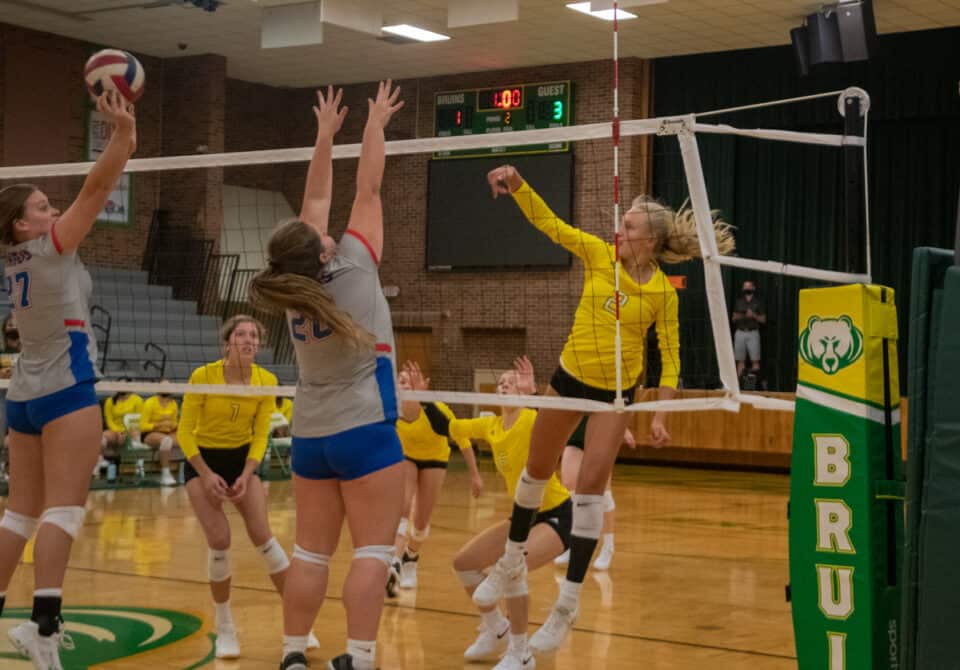 The main gym was buzzing with energy the afternoon of the first day of virtual schooling as the girls’ volleyball team played against California High School (CHS). The Bruins won the game in straight sets, taking the first set at 25-18, the second 25-10 and the third 25-11.

New three-of-five-set format
The Missouri State High School Activities Association (MSHSAA) is moving towards utilizing a three-of-five-set format instead of the previous two-of-three-set format. This will only apply to varsity volleyball matches, and Junior Varsity and freshman volleyball matches will be played with the normal two-of-three-set format. 2020 is being used as a transition year to move to a three-of-five-set format, and teams will be required to play at least 50% of official matches with the new format. MSHSAA did not move to the new set format because of COVID-19.
The Bruins had an early lead against the California Pintos and settled comfortably into a six point advantage in the first set. They established this dominance because of their defense. Players like seniors Cassie Gray and Abigail Frerking were able to dig out balls when it mattered, so that sophomore setter Ella Swindle could get on the offensive. “When a ball comes at me my main thought is to try and get a touch on it,” Gray said. “And to just put it high to the middle so our setter [Swindle] can get it.” With this seamless integration of defense and offense, the team took the first set, the second set came just as easily.

For a short amount of time, CHS had a one point lead over RBHS, but this quickly changed, and a 2-3 score quickly changed into a 7-3 one. With a setter like Swindle, wing spikers like senior Emma Roush and sophomore Lily Dudley were able to shine. The Pintos were not able to consistently defend against Dudley’s powerful cross-court spikes. A cross-court shot is when the spiker hits a set so that the ball moves diagonally across the court. For example, if the spiker hits the ball on the left side of the court, a cross shot would be directed at the right side of the court.

“Right before I make a set I am thinking about how I can get the hitter in the best possible scenario,” Swindle said. “I primarily think about what blockers are on the other side of the net, who is hitting and what shots are open.” The second set ended at 25-10, and the volleyball team showed no signs of slowing down.

CHS started the third set strong and were able to tie at 4-4, but this newfound momentum was thwarted instantly. The Bruins scored three points and their advantage only widened. Just like in the other two sets, the point gap was established early in the set. Although the gym was more empty than normal following COVID-19 guidelines, the crowd and bench exploded into cheers when junior Ketti Horton hit a powerful spike, putting the point lead into the double digits. “My personal goals are to play my position to the best of my abilities,” Horton said. “This means working on my block and being a leader on the court.”

After Horton’s earth-shattering spike, the score was 19-9. The Bruins smoothly sailed to a victory, finishing out the third set at 25-11.

“My goals for the team this year are honestly [just to have] a full season with [COVID-19],” Murphy said. “I know that the talent is there to go really far in the postseason, and I’m very very confident that the girls, if permitted we have a full season, will make it that far.”

Though a lot of uncertainty surrounds volleyball and fall sports in general, the girls are staying hopeful, and the team established they want to win state and go undefeated. Tuesday night’s game put the team’s record at 3-0, after competing against Jefferson City and Camdenton in previous weeks.

“We had our first winning season last year and I think we have what it takes to make it all the way,” Gray said. “It’s my last year with these girls and we don’t know if/when our season is going to get cancelled because of [COVID-19] so I want to make the most of it.” 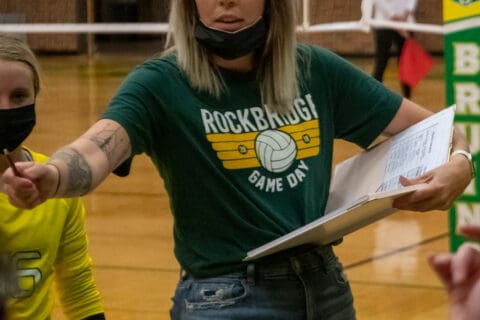 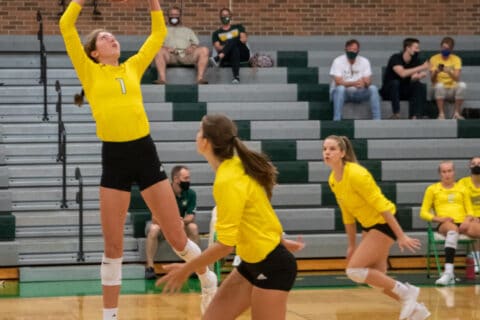 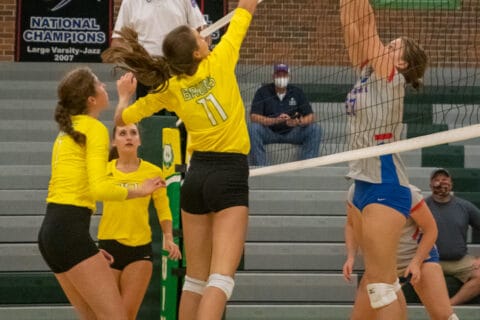 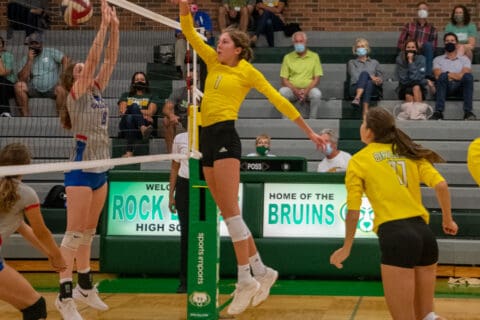 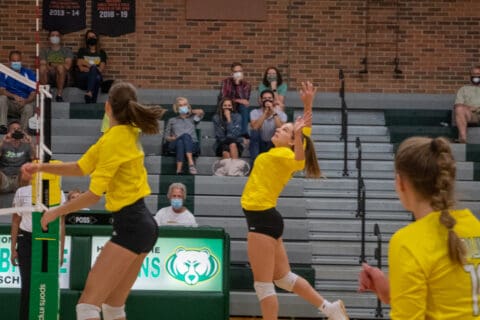 How do you feel about the Bruins’ performance? Let us know in the comments below.