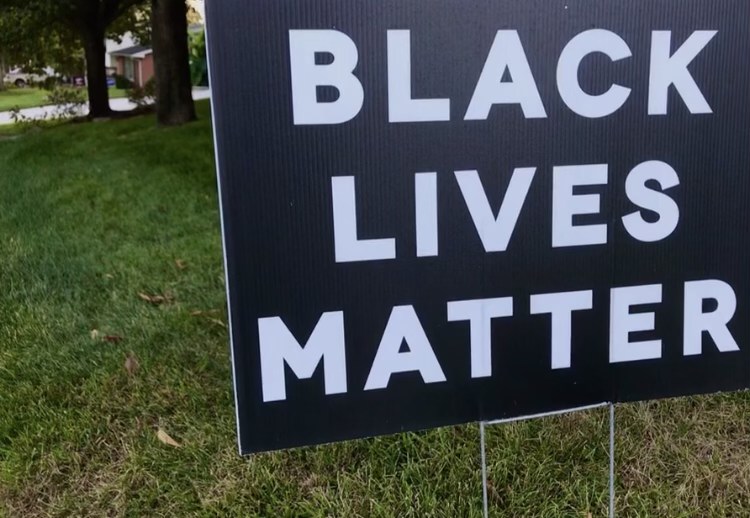 Over the 6 month course of quarantine and online school, major media news sources like CBS, Fox News and CNN have put a majority of the focus on amplifying many voices of the Black Lives Matter movement since the killing of George Floyd on May 25. Beyond the chaos of divided opinions, many have ventured beyond their comfort zone and attended protests in hopes of further informing themselves and the communities they’re in, to push for change.

High school students like Saly Seye, a senior at Rock Bridge High School, have attended multiple local protests in support of the movement. Seye has spoken out to discourage the normalization of situations that put the Black community in danger.

“I saw so many more of my peers protesting and expressing outrage than I would’ve expected.” Seye said, “A girl who I’d seen posing with MAGA [Make America Great Again] merch a couple years ago messaged me with questions about donating to the Movement for Black Lives. When I was younger, it seemed like no one would ever care about this movement unless they’d experienced it. But seeing so many people, at the very least, say the words, ‘Black lives matter,’ and acknowledge systemic racism shocked me.”

The Black Lives Matter movement was founded in 2013 after police officer George Zimmerman was exempt from jail time after being charged with the second-degree murder of 17-year-old Trayvon Martin. The movement’s website states their main focus is combating social issues specifically racial injustice.

The movement is striving to tackle issues caused by institutional or systemic racism, a form of racism that has been normalized within a society or organization, an issue largely ignored by the U.S. government.

Seye said she would like to see the United States treat issues that disproportionately affect Black communities, such as addiction, homelessness, and poverty, at their roots rather than criminalizing the effects of these issues.

“Any movement with weight will experience major drawbacks. I’m not going to say ‘rioting,’ because as much as I dislike property damage, I abhor murder,” Seye said, “I think that when people fail to put things in historical context, like so many do when they denounce riots as terrorism, it presents a challenge.”

History suggests that in the big picture, riots are proven to be fundamental to the progress of change. This includes riots that took place when America was in the process of being founded and the riots which took place in 1968 during the civil rights movement.

“Riots took place in colonial America, it took place among suffragettes, it took place in the Civil Rights Movement, it took place in the 1990s after the murder of Rodney King, and it is taking place now with the exact same motivation,” said Seye, “Obviously I would prefer if riots, historically, weren’t a key part of every single major movement toward equality. I’m not comfortable with it. But that doesn’t negate history.”

Interested in donating to organizations that advocate for racial justice or support Black communities and businesses?

Pick a donation of your choice

Or for petitions and other ways to support visit:

Another Rock Bridge student, sophomore Nusaybah Firozi, also attended local protests and advocated over Instagram on behalf of the lives not only lost to police brutality but also mass incarceration.

“All of the Black lives that are being unjustly imprisoned by the criminal justice system needs to be talked about,” Firozi said, “along with all the lives that were taken by law enforcement like Breonna Taylor, Daniel Prude, George Floyd, Atatiana Jefferson, along with the thousands of other lives being taken with no repercussions for the officers.”

Over the summer, protests were held in downtown Columbia to raise awareness for the injustice that Black communities face in America. Those who attended protests would peacefully march the streets of downtown Columbia to destinations like the Columns on Mizzou campus. Hundreds of protesters would then continue with the protest by laying face down on the pavement with their hands behind their backs for eight minutes and 46 seconds, the amount of time that police officer Derek Chauvin’s knee was on George Floyds neck. This portrayed a message of solidarity to George Floyd.

“It stood out to me when protesters laid on the ground for 8 minutes and 46 seconds in solidarity with George Floyd, those moments of silence under the blazing hot sun in a city full of thousands of people spoke volumes.”

Nicole Clemens, a studies teacher at RBHS, attended multiple local protests to listen to the voices of those who advocate for the Black Lives Matter movement.

“She’s going to hate that I said this, but my kid has really inspired me since we started being a part of the movement in earnest this summer.” Clemens said, “Ashlyn is the reason I didn’t, like so many others, stop my activism after a few big rallies and some angry social media posts.”

Social Media has helped platforms that discuss topics surrounding the Black Lives Matter movement reach out to teens across the nation to inform Gen Z on how they can take action. Whether it be by signing petitions, donating or calling/emailing/texting a member of authority to directly ask for change.

Clemens said she is not the most qualified to speak for the Black Lives Matter movement as she is not a minority, however, she goes on to talk about the false narratives and common points brought up by All Lives Matter activists, who work to counteract the movement.

“Some people fundamentally do not see the purpose of or need for active protests for racial equality and justice,” Clemens said, “We hear a lot of ‘All Lives Matter’ and ‘Obama was president, so racism is over” and “comply with the police and you don’t have to worry.’ The problem is that these are such narrow views of such a systemic problem that while they may hold some truth, they are not the truth.”

The protests in Columbia have not only helped to raise awareness about the movement, it has also helped to share the voices of the unheard.

“I feel as though people around me, people who I never expected, are beginning to care about things they don’t have to give a crap about because they can,” Seye said, “Caring because you can, in a world that tells us to care as little as possible about anyone else, is an act of resistance.”

What are your thoughts on the Black Lives Matter movement? Let us know in the comments below.