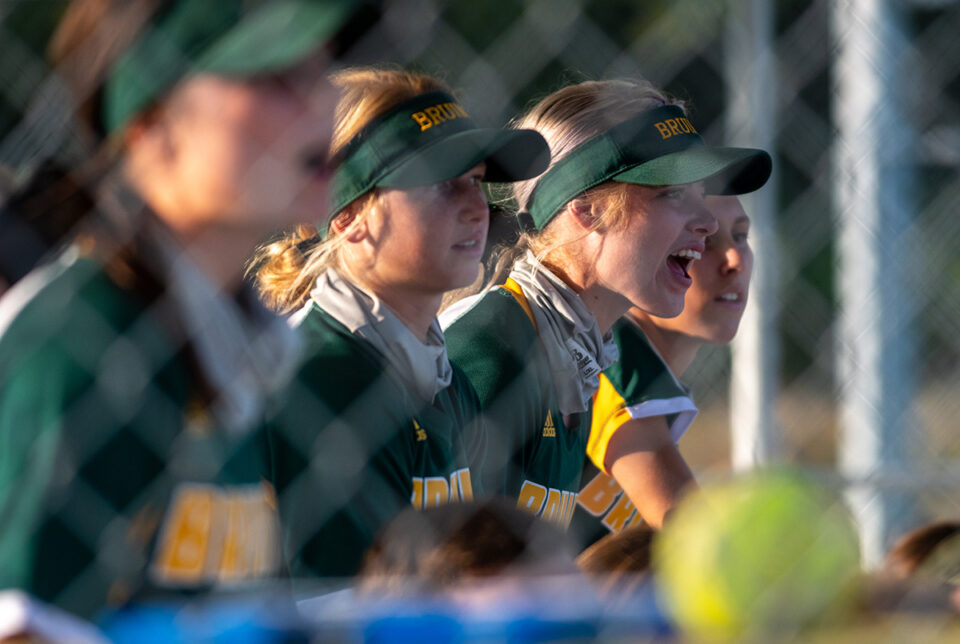 The crowd was kept on their toes at the girls softball game as the RBHS team was able to maintain their reputation with an undefeated season after conquering Tolton (TCHS). The stands were buzzing with cheers of encouragement. In the dugout unphased Rock Bridge players plotted their plan to win yet another game. Wednesday night’s game ended with the RBHS team managing to win the game by one point.

By the time the game was in the 3rd inning the RBHS Varsity team had 5 runs down. Cheers of teammates rattled the stand and competitive tension lingered as both teams were determined to steal the glory of winning from under one another.

“Our resilience in our bats stood out to me. We knew he had a lot of failure but we kept our heads up and got the job done.”

By the 10th inning the bases were loaded. When senior outfielder Maddie Snider’s throw to sophomore catcher Abby Hay, established RBHS lead in the game and was ultimately the reason RBHS won the game.

“At first I was shocked because I had not processed how big of a play that was,” sophomore outfielder, Lucy Sadewhite said, “I was really proud of Maddie and Abby because I know how hard they both worked to achieve a play like that.”

Despite the exhilarating energy on the field, the score remained. To finish off the game a score and a point was given after third baseman Cydney Fullerton crossed the plate, with the hit of the game by senior pitcher Ella Schouten. The game was tied up with an overall score of 1-0.

The team contributed a lot to getting to know each other’s strengths and weaknesses better. Their energy on the field helped to portray the team’s family-like atmosphere.

“This year I feel like we are more of a team that knows each other and picks each other up. When we are down in games we just keep going instead of dropping our heads.” Sophomore first and third basemen Kayla Mooney said.

Do you think the Bruin Softball team will maintain their undefeated season? Let us know in the comments below.