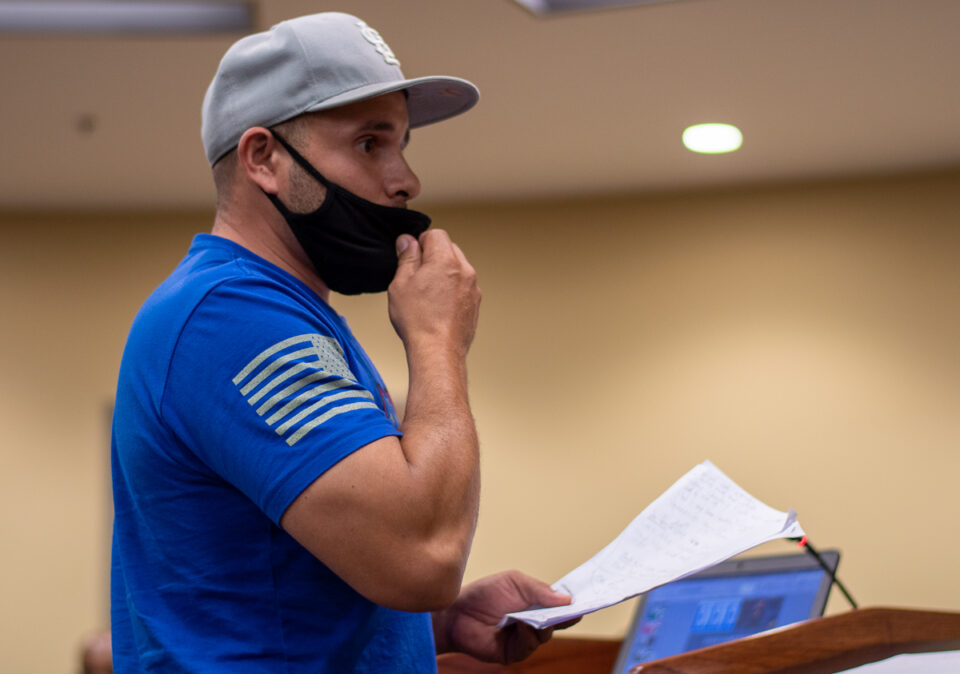 John Potter, a parents of CPS students, speaks in front of the Board of Education on Oct. 12 at the Aslin administration building. Photo by Ana Manzano

Columbia Public Schools (CPS) Board of Education held a regular session at the Neil C. Aslin administration building to discuss and vote on sending students back to in-person learning on Oct. 12. After three hours of discussion among the members and an hour of public comments, the board voted 5-2 and 4-3 respectively to keep middle and high school students on a virtual curriculum until further notice.

Helen Wade, the president and member of the Board of Education since 2011, said a large factor for why she voted no for middle and high school is because the transmission rate is significantly higher.

“Middle school is different from elementary school in many ways,” Wade said. “We’ve seen all the data. I struggle very much to articulate a logical way to provide a degree of safety I strive for at an elementary school level.” 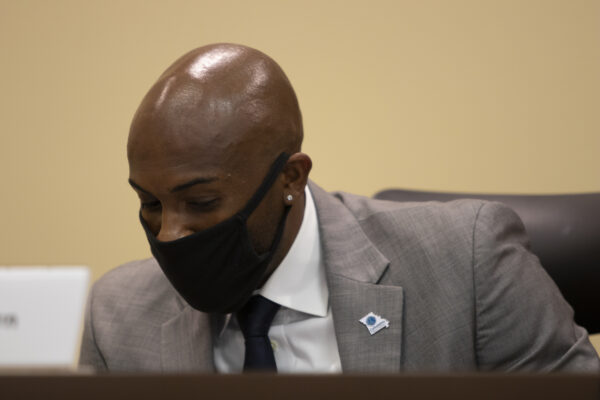 Board member Chris Holt decides on how he'll vote on the proposed hybrid education plan Oct 12. Holt voted no on all three parts of the plan including sending elementary, middle, and high school students back to in person school. Photo by Parker Boone. 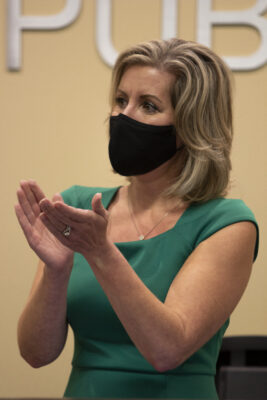 President of the Columbia Public Schools Board of Education Helen Wade applauses Peter Stiepleman after acknowledging his Administrator of the Year Award. Photo by Parker Boone. 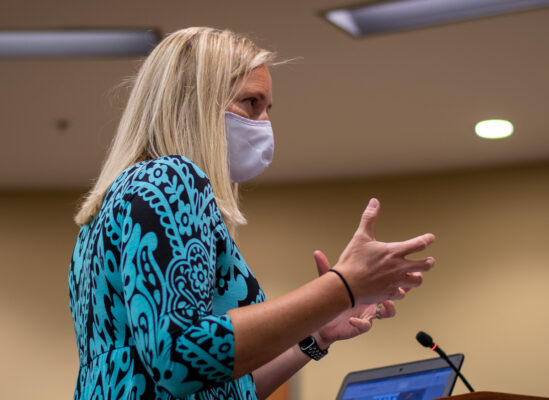 Dr Jennifer Ruckstad speaks in front of the Board of Education Oct 12. During her speaking time Ruckstad spoke on the unfair comparison between engagement and Instruction as well as the lack of credit given to teacher work ethic. Phtoto by Ana Manzano. 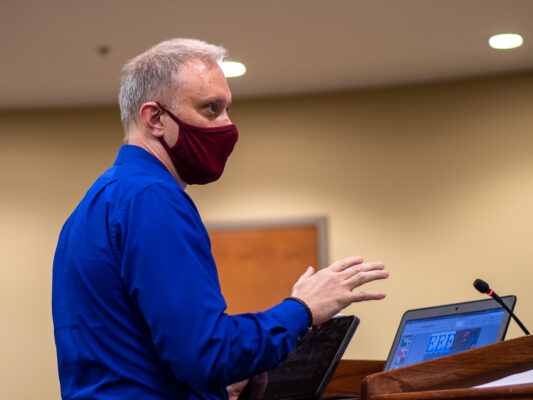 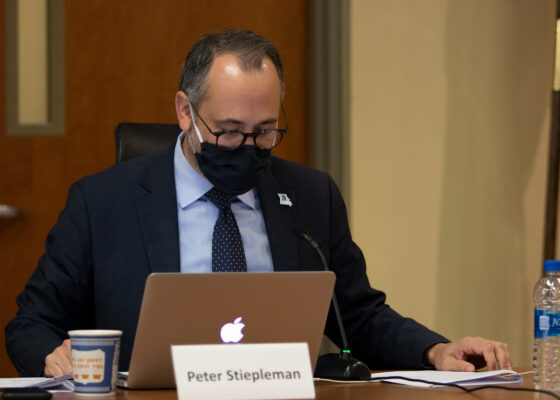 Columbia Public Schools Superintendent Peter Stiepleman answers questions presented by the Board of Education Oct 12. Stiepleman was in favor of a hybrid education model and urged the board to vote yes on sending elementary, middle, and high school students to school on their specific dates. Photo by Parker Boone

The vote came after three weeks of discussion at previous meetings. The board created three motions,  one motion for each type of school, at a special session on Oct. 6. Although the board voted to keep middle and high schools virtual, it voted 4-3 to send elementary students back to a four-day, fully in-person schedule on Oct. 19. Before the board took public comment, Dr. Dave Wilson, director of Assessment, Intervention and Data at CPS, brought up multiple empirics, including interim progress reports and standardized tests, before the board.

Although this year’s numbers are increased compared to previous years, Dr. Wilson said because high school is on a smaller class schedule this semester, the statistics on this IPR are heavily inflated.

“When moving down to a four block [class system], we’ve got anywhere from three to five grades,” Dr. Wilson said. “Any time you divide by a lower number, your data gets all crazy.”

After a discussion  that lasted over two hours, the Board opened the floor to public comments. Multiple parents and students advocated for school to reopen.  John Potter, a parent of three CPS students, spoke before the board advocating for all students to be sent back to in person school. Potter said in public comment that students’ mental and physical health is on the line.

“There’s a lady that’s walked six blocks to [Aslin] to get the internet for her daughter,” Potter said. “There’s also been a student that’s attempted suicide.”

Potter collected 540 physical signatures from concerned parents who want their students back in-person classes. Although there were more public comments urging for in person classes to resume, there were a few speakers who advocated for virtual learning and keeping students online. George Matthes, a senior at RBHS, said the board made the right decision with high school.

“Online is both safer and superior to in-person learning. No one is going to take social distancing seriously if we go in-person,” Matthes said. “I’m not sure if the board made the correct decision sending elementary students back, but obviously they need far more human interaction than high schoolers, so it could be a move in the right direction.”

The full live stream is viewable here. The board also announced new administrative members at elementary schools and awarded CPS Science coordinator Mike Szydlowski with the 2020 Missouri Invasive Plant Task Force Award. Before the meeting began, Wade prefaced the meeting and said members of the board need to act in the best interest of the kids.

“What we decide to do tonight will not make everyone happy,” Wade said.

Do you think CPS should send high school students back to in-person learning? Let us know in the comments below.

So glad they aren’t sending us back yet. It is certainly much easier for middle and high school students to work virtually than it is for elementary students. I think sending elementary students back is maybe not the best idea because new reports are showing that young kids may be super-spreaders. I’m worried for my little brother and like, maybe “education quality” has decreased, but we are in a public health crisis and lives are more important.