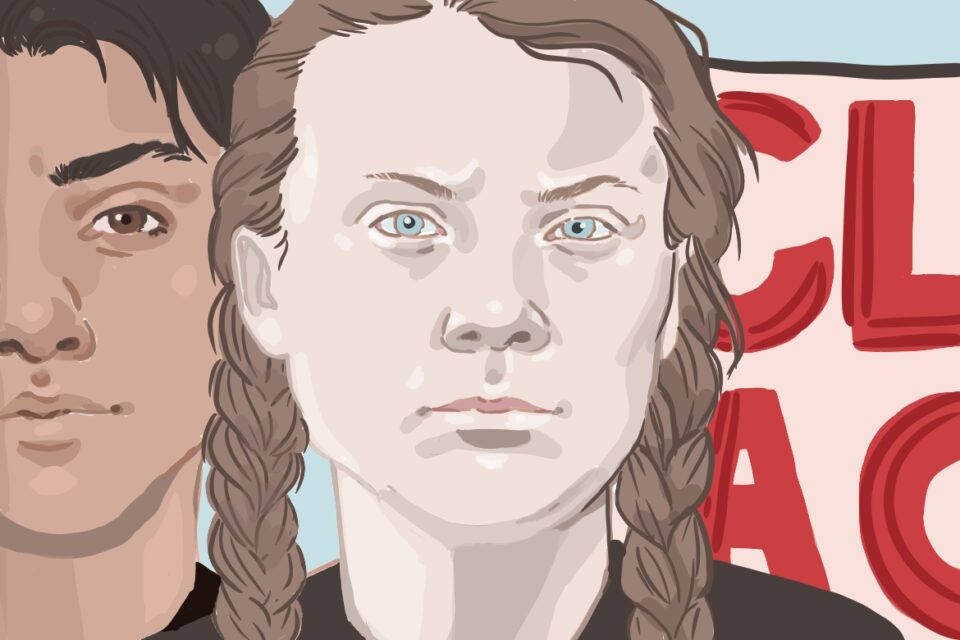 When I was days away from turning thirteen, my mom dutifully took me down to our nearest polling station at Lela Raney Wood Hall on the Stephen’s College campus. I remember how I shyly stood behind my mom in her pink pantsuit as I watched her confidently cast her vote for the first female president — or so we thought. I remember how fresh and exciting everything felt, how the typical chilling November winds pushed against us as we walked to the ballroom.

When I was just four years old, Barack Obama won the ticket to the presidency under a campaign bolstered by the premise of hope. As the first Black man to ever win this ticket, it was a sentimental time. I don’t remember this pivotal point in history, but I know the stories, like the one where everyone wore their Obama-hope-sunrise campaign shirts to the bar on election night and held their breath as they watched the historical results roll in. Hope is, more than anything, a youthful, exuberant term to me. My mind instantly flashes to people my age holding clever signs at protests, many of which they organize and largely make up. I consider moments like these some of the most powerful in this country, a country that is deeply embedded with the nuances of politics I didn’t understand when Trump was elected and still don’t fully understand.

“I consider moments like these some of the most powerful in this country, a country that is deeply embedded with the nuances of politics I didn’t understand when Trump was elected and still don’t fully understand.” “

To be clear, I don’t think either Obama or Clinton are perfect people who we should idolize because their campaigns bear resemblance of hope, especially in a time that seems to be lacking in that category. I don’t think many politicians are perfect people when they work in a world corrupted with outdated traditions and filibusters that keep our country from moving forward. But I do think the people who truly resemble hope are the young ones. They’re who we should be idolizing.

I myself am a young person, I know, and as an older person might say, I don’t pay the bills or vote. But I believe in my generation. We should be giving ourselves credit for responding to the deep disappointment we have faced in recent years and all the things we are now dealing with the consequences of. We are also burdened with the aftermath of things this administration didn’t even mention in the four years they were given a chance. We will still have college student loan debt. We will still have to deal with the soon-to-be irreversible effects of climate change. People are still being killed in the streets or in their cars while being pulled over, and no one in the White House even blinks an eye. It’s downright shameful. I will forever remember this time because of how angry I am in it.

Although I was old enough to remember Obama’s reelection, it didn’t have nearly the same impact on me as the 2016 election. This election introduced me to a world of American politics that is often unjust, repetitive and hopeless. Ask almost anyone my age — granted you know they despise Trump — and most will say they cried the morning after the election. I have heard the same story many times about the shock and disappointment that came after finding out the results. In my version, I walked into my mom’s room, where she told me he won. I then curled up in bed with her and bawled my eyes out while she comforted me.

After this followed disappointment after disappointment, and protest after protest. The extended failures of this administration bring my generation deep despair. Shock and disgust, from Trump’s disturbingly inhumane descriptions of immigrants, to the failure to denounce white supremacy to the ineffective and unorganized handling of the COVID-19 pandemic, has resolved into prolonged disappointment. Fearless people took and continue to take to the streets, and with this collective grief there is a stinging realization that hope is among us. I’ve realized in the darkest times with the most inadequate presidencies, there is also the most resistance and boldness, filled with hope, from young souls.

“As young people, the trauma we carry from the reverberations of older generations builds and creates beautiful things.”

Young hippies in the Vietnam War-era of the 1960s confronted older generations about the failings of the government’s involvement in the war. Young people in the early 2000s vied for Obama’s vote after a lengthy, troubled Bush administration that was already deep into overseas conflicts because of the aftermath following 9/11. The March for Our Lives movement was started by a group of traumatized high schoolers in Parkland, Florida after experiencing one of many recent school shootings. The climate action movement will forever be indoctrinated by figures such as Greta Thunberg as a movement started by youth. The word “protest” in itself has youthful connotations because of the prevalence of our generational differences in American history. As young people, the trauma we carry from the reverberations of older generations builds and creates beautiful things.

I often complain about being born into a sort of odd, post-9/11 world that seems too flashy and structured, but there are so many nonconformist, free, creative people with endless experiences and ideas that are my age. I’ve grown a lot since November 8th, 2016 and I’ve realized my strengths and the importance of varying skills in a movement. I think every one of us has something to offer, but we’re all the same in that, as young people, we are passionate about something. I don’t think we know exactly where we’re going, and the next few weeks will be crucial for us. The livelihood of many groups is leaning on this election. I know plenty of people in our generation will vote for the first time, and others will have to sit by and nervously watch. This election is far from what I expected and not completely satisfactory. Yet, we must keep the energy because with it comes hope.

How do you think you and the nation have changed since the 2016 election? Let us know in the comments below.

As an adult I can say that I, a Gen Xer through and through, did not understand the weight of how much our human rights balance in the wind of government. I was too preoccupied with crushes, peer drama, and parties until I was well in my 20’s.

The number of High School aged people becoming politically knowledgeable gives me so much hope for our future. I can only imagine the wave of fresh eyes that will be looking at ballots 4 years from now.