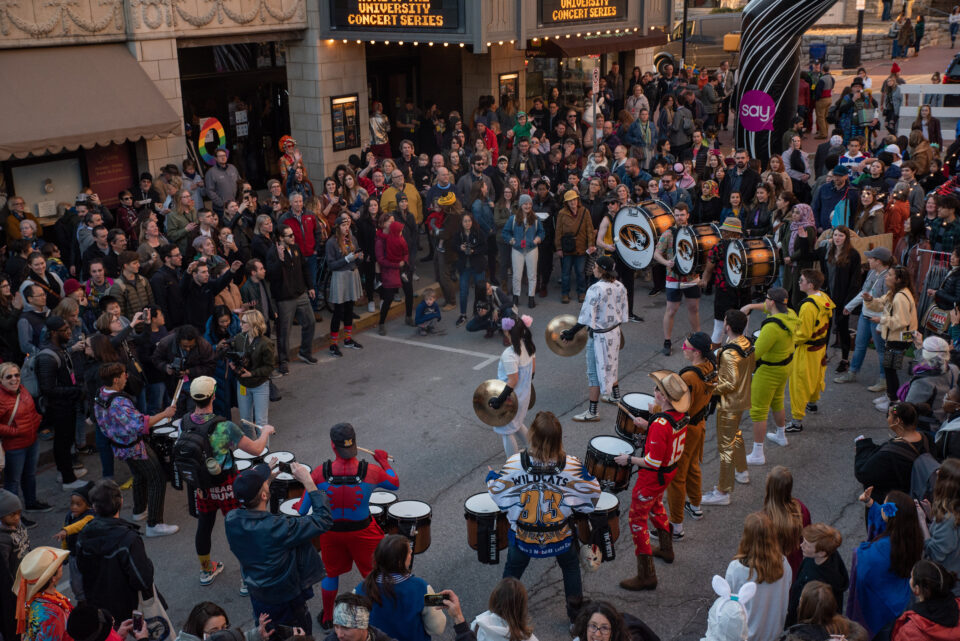 The Ragtag Film Society (Ragtag) released updates on their plans for the 2021 True/False festival. The newly reimagined festival will now take place on May 5-9, 2021 in a largely outdoor setting as opposed to the typical indoor screenings in early March, Ragtag said in a statement on Sept. 3.

Ragtag made the decision to move to a half-virtual, half-outdoor format as opposed to fully virtual to preserve the festival’s most endearing qualities, Ragtag Executive Team member Camellia Cosgray said.

“It’s not really possible to truly capture the [in-person] experience online, especially when it comes to an event like True/False,” Cosgray said. “There is this hard-to-describe, yet absolutely necessary, essence of the Fest that relies on the energy created by immersing yourself in film, art and music in a physical space, surrounded by strangers—even if those strangers are masked and socially distanced.”

The traditional movie and festival industries are two industries that have been disrupted by the COVID-19 outbreak. With many big film releases such as “The Batman” and “Black Widow” being postponed until 2021, the film industry is experiencing major financial strain. Similarly, the typically crowd-heavy music and film festival industries were forced to reinvent and restructure aspects of the event to adapt to new safety precautions while still providing guests with an enriching experience, Ragtag Director of Development and Media Communications Stacie Pottinger said.

There is this hard-to-describe, yet absolutely necessary, essence of the Fest that relies on the energy created by immersing yourself in film, art and music in a physical space, surrounded by strangers—even if those strangers are masked and socially distanced.

“We’ve been energized and excited to reevaluate everything, and look at every single thing we’ve done,” Pottinger said. “What are the most important components of True/False and how do we present those in 2021? That’s really exciting.”

Some of the other major changes to True/False announced in Ragtag’s statement include remote Q&A sessions and not requiring filmmakers to attend the event in person. The festival will also have a lower selection of films with 10-20 features and 15-25 short films, a drastic decrease from the typical 40 features and 25 shorts.

Senior Hope Schultz has participated in March March, True/False’s opening parade, for the past two years and is conflicted about the new changes to the festival. While she’s glad Ragtag implemented new changes to keep participants safe, she’s also concerned about how the precautions, such as lower attendance and less film screenings, will affect the experience.

“The [True/False] fest changes, like a smaller attendance and more outdoor features, will change some of the atmosphere,” Schultz said. “A large part of what I got out of [True/False] was the many people and crowds I got to see. However, considering the mess the world is in, it is settling and comforting to know me and others will be safer and healthier with the changes put in place.”

There’s such a difference between seeing a film on your phone, in your bed or on TV alone versus in a crowd of 1,600 people, sitting next to each other and gasping together or talking in line afterwards

Pottinger emphasized the importance of restructuring the event so it simultaneously promotes safety and the community-building aspect of True/False.

“There’s such a difference between seeing a film on your phone, in your bed or on TV alone versus in a crowd of 1,600 people, sitting next to each other and gasping together or talking in line afterwards,” Pottinger said. “And certainly, that shared experience is what we’re looking for.”

Moving outdoors for the 2021 festival has posed several obstacles for Ragtag. Throughout the planning process, Pottinger said they’ve mainly had issues with location and projecting the films outdoors, which can only be done in the dark.

“We’ve always historically been downtown,” Pottinger said. “How do we do that and show films on an outdoor screen, how do we support the downtown businesses that have always been so supportive of us without just going to a different location? The solution to some of that is by increasing our art installations and our musical offerings. So during the day, people might be able to take in the art and some music. And then at night we show films.”

Despite the challenges of adapting to these new circumstances, the Ragtag team is using the pandemic as an opportunity to double down on their reputation as an experimental festival and look at new ways to deconstruct the expectations of what a film festival typically looks like.

“As a film festival, it’s always been one of our goals to expand, deconstruct and reimagine what a film festival is; we want to push against what is ‘expected,’” Cosgray said. “Oddly, I might argue that that’s a way in which the pandemic is a positive force for the Fest: it’s forcing us to rethink many of the things that we have done for years, and that’s a creative, invigorating place to be.”

Do you plan to attend the True/False festival in 2021? Let us know in the comments below.