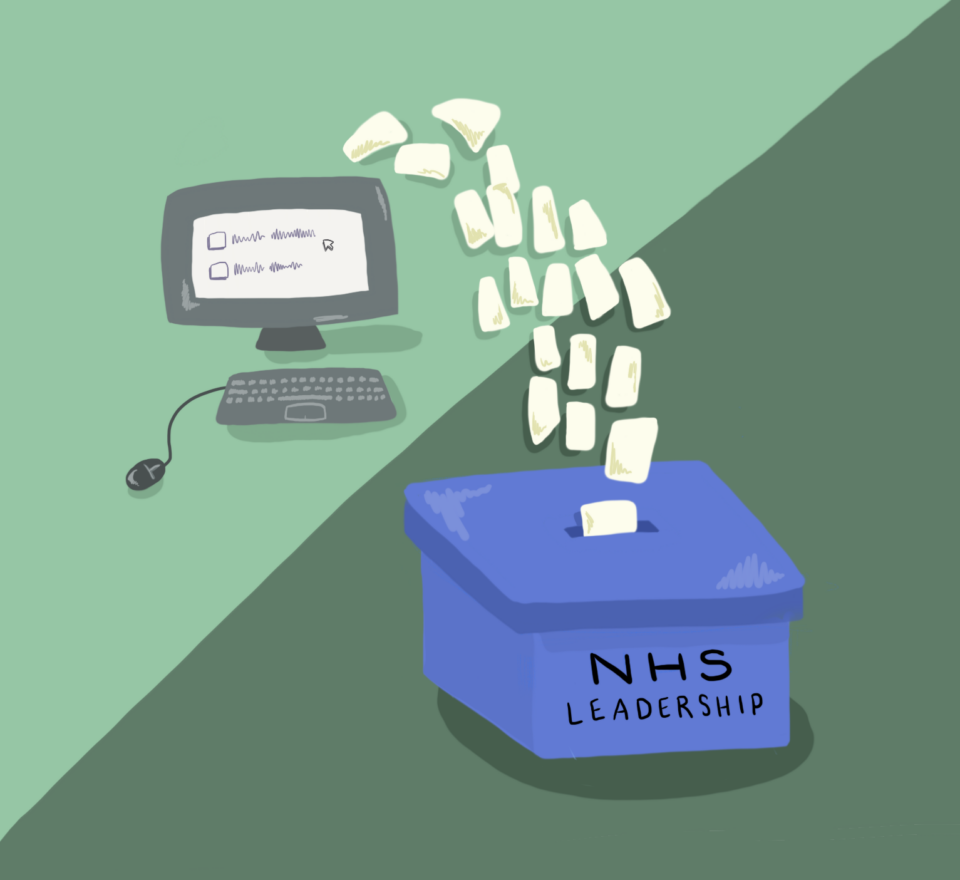 After two days of members voting via a Google Form, National Honor Society (NHS) sponsor Stephanie Harman released the results of this year’s NHS officer elections Oct. 30. Harman assigned two people to each position instead of the usual one person in previous years.

“For each position, there were really two candidates who stood out, so I decided rather than have a run-off or re-vote, just to go ahead and do co-positions,” Harman said. “The vote count coupled with the challenges of being virtual really led me to deciding to do co-positions so that each officer would not be out there on their own.”

None of the NHS officers, which include the co-presidents, vice presidents, secretaries, service chairs, membership chairs and communication chairs, knew going into the election they would be getting a partner to share responsibilities with. NHS co-president senior Brent Brightwell said although he hasn’t yet talked to

“I saw the potential of NHS and the mass amount of people we had that would be able to make a significant contribution with the right leadership, so I decided I wanted to be the one to help facilitate that push.”

his co-president, senior Ellie Barnett, he is looking forward to meeting her and hearing her ideas for the year.

“I wasn’t expecting to be working with a co-president, but I’m a little relieved that I am,” Brightwell said. “Having a co-president will take some of the stress [off] of managing an organization this big and serve as another viewpoint to different issues I may not be able to navigate myself.”

Brightwell said he wanted to run for president because he didn’t think the club was as active as it could have been in past years. He said he’ll be building NHS from the ground up, and is in the process of creating a group chat for all members.

“I saw the potential of NHS and the mass amount of people we had that would be able to make a significant contribution with the right leadership,” Brightwell said, “so I decided I wanted to be the one to help facilitate that push.”

After Brightwell and Barnett graduate, the vice presidents must succeed them and become the new NHS presidents. Junior co-vice president Kate Lopez, who is serving alongside junior Abbie Sivaraman, said she wanted to be an officer because although she’s volunteered for different causes, she feels she hasn’t done enough for her community. One of her main goals is to find safe ways for members to volunteer and to make sure everyone’s voice is heard.

“I hope that in this position, my fellow students can reach out and share their ideas with me, because I would love to hear them.”

“There are so many ideas and issues that people are passionate about, and they have many creative solutions to help that I would love to make a reality,” Lopez said. “I hope that in this position, my fellow students can reach out and share their ideas with me, because I would love to hear them.”

Lopez isn’t the only one who wants to hear NHS members’ input on what community service projects should be completed this year. Brightwell also said he wants to structure the club where members bring their own service ideas they’re passionate about to the leadership board so they can complete projects they want to get involved in.

“I don’t believe that it should be just this small group of leaders we have making all the decisions and deciding what goes down in the club,” Brightwell said. “We are simply here to keep the logistics running and to propel motivation, while the ideas and projects and drive for change should come from our whole NHS team.”

Are you going to be completing projects for NHS this year? Let us know in the comments below.

Bruin bear had a great fall

That’s debatable: Should the Electoral College be abolished?