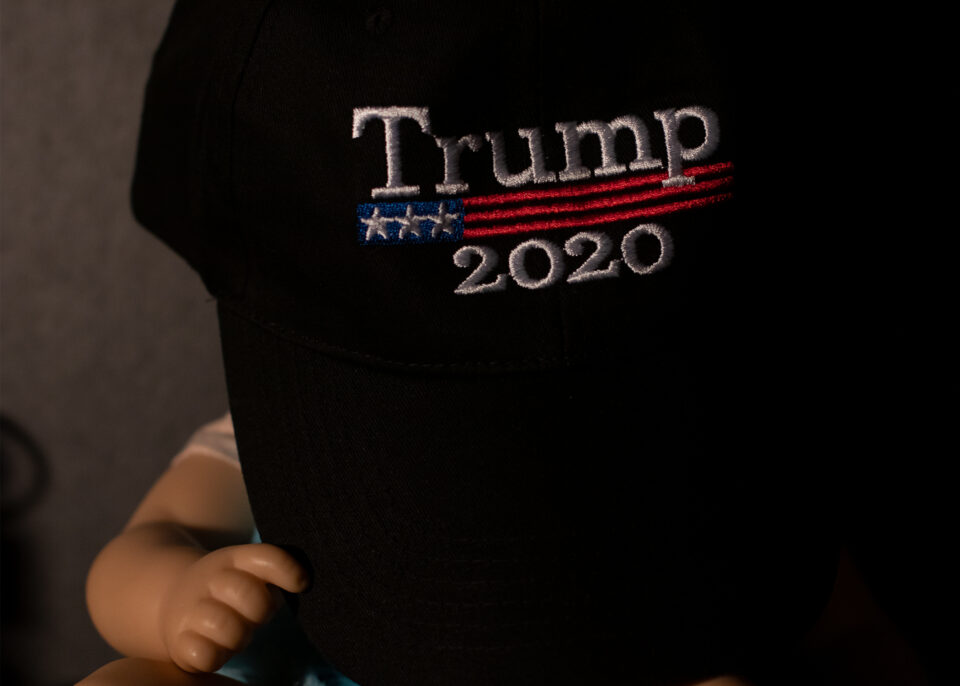 When I was fourteen years old, I was encouraged by my family, friends and school to be as politically active as I could. I remember when Scott Wittenborn and Lacey Hahn, my freshman civics teachers, asked me to take the political compass test on www.isidewith.com. Before taking the test I was apolitical—  I didn’t really know nor care about anyone’s policy positions. My results came in, and after spending about 20 minutes on the test I was 72% republican and agreed with president Donald Trump on 91% of issues. Looking at those results, I was curious to delve a little bit deeper into politics and naturally as a fourteen year old I turned to YouTube as my source of news.

I remember the first video I watched was Steven Crowder’s “There are only 2 genders | change my mind.” I was a naïve kid and as I was watching it, I saw a prepared Crowder with a rehearsed dialogue tree debating ill-prepared college students, and drew the conclusion that there could not be more than two genders because there wasn’t an argument to tell me otherwise. I continued to consume right wing alternative media like Ben Shapiro and Owen Shroyer, but the media itself was not the problem. The culture surrounding these alternative media sources with people calling Democrats “libtards” and calling any media that disagreed with their point of view “fake news” really harmed my view of the world and made me very closed minded. Little did I know, the ignorance I showed would take a toll on my relationships with my friends and even my family.

“The culture surrounding these alternative media sources with people calling Democrats “libtards” and calling any media that disagreed with their point of view “fake news” really harmed my view of the world and made me very closed minded.”

I can vividly recount the first heated argument I got in with my mother. It was not about typical teenager things, like needing to do my chores or getting a ride to my friend’s house. We argued about whether or not women should be allowed to have abortions. The argument quickly escalated into a screaming match. Our yelling echoed throughout the house for what seemed like thirty minutes, but in reality we were fighting for two hours and the only thing we accomplished was creating a division between us. After I made sure to get the last word, I ran up to my room, but I only got 14 steps up my stairs when I heard crying in the living room. I paused for a moment but could only think about how she was being irrational because I only exposed myself  to one view presented as a fact. I was in denial.

Even after I knew I hurt my mom with what I said, the more I watched “Liberals Get Owned” compilations, the more I felt reassured that I was right, so I kept arguing with her. At this point I was near unsavable. The arguments didn’t escalate to yelling anymore, they started that way.  The crying was more frequent, and I ignored it as it happened. My own brother and sister were afraid to disagree with me about mundane things like who was going to win the next “Total Drama Island” season because they thought I’d yell at them. The Parkland shooting was the biggest turning point in my relationship with my family. In a time of mourning, I inappropriately started spewing out anti gun-control talking points and at this point my mom couldn’t take it anymore.

“The arguments didn’t escalate to yelling anymore, they started that way.  The crying was more frequent, and I ignored it as it happened.”

She stopped talking about politics with me, and I quickly realized it was the only thing I ever talked to her about. My siblings were still scared to talk to me because of how hostile they saw me as, and my dad was deployed because of his work at the Federal Emergency Management Agency (FEMA). I felt alone in my own house, and it only made me turn to my echo chamber even more. I buried myself deeper into right wing media, watching Gavin McIness, founder of the proud boys, and Owen Shroyer from Info Wars. The summer after my freshman year turned from a break to relax and have fun to researching conspiracy theories and getting into political arguments in Instagram comments with my own friends.

At the beginning of my sophomore year everyone had given up on me changing my attitude toward opposing views. My friends still stuck with me through this phase, but they rightfully had no interest in talking politics with me, and my family still had zero desire to watch  the news around me. It seemed like I was going to be trapped in an alt-right echo chamber for the rest of my life, but one person still had faith in me. I walked into my first ever Advanced Placement (AP) class, AP World History; I was expecting a boring history class that I’d just have to get through. I had heard really great things about Mr. Irwin, and was ready to start the school year, but he stopped me before I could even sit down, and jokingly said. I’ve heard about you. Students like you end up being democrats by the end of the year.

I quickly told him there’s no way that’s going to happen and sat down, but Irwin taught me more than just history that year. He was able to reach out to me and teach me empathy. I remember learning about the slave trade and the atrocities America committed, and along with that I learned not to be blindly proud of my country. He didn’t give up on teaching me when I made sly remarks about Democrats during Trump’s impeachment hearings or when I made fun of him for reading too much into the Mueller Report. By the end of my sophomore year he pulled me out of the hole I dug myself in. I’d come back home and talk to my mom about what I learned in AP World, and we started becoming closer. It took much longer to heal the wounds in my relationship with my siblings, but we became closer with time.

That year I spent alone taught me how important being open-minded is. My biggest regret in my short life so far is closing myself from my friends and family’s views because they disagreed with me. I feel like I’m in a much better place now that I can look at the world from many different points of view, and I try my best to redirect kids that are going down the path I followed to a less polarizing one. I often think about when I was standing halfway up my stairs listening to my mom cry, and what would’ve happened if I had gone back downstairs with her. I might’ve never needed to put myself through a year and a half of loneliness to change, or maybe I would’ve been able to talk it out and cry with her. I replay those brief 5 seconds in my head every night before I go to sleep, and I cry.

Birthdays on the web, isolation brings families together

Here I am crying in the same chair for all together different reasons. You’ve grown so much and become such a strong young man that cares for others, listens to experts in their field, seeks out more information, and weighs your moral compass when you make decisions. You’ve done well kid, you’ve done well.

– the mom crying in the chair.