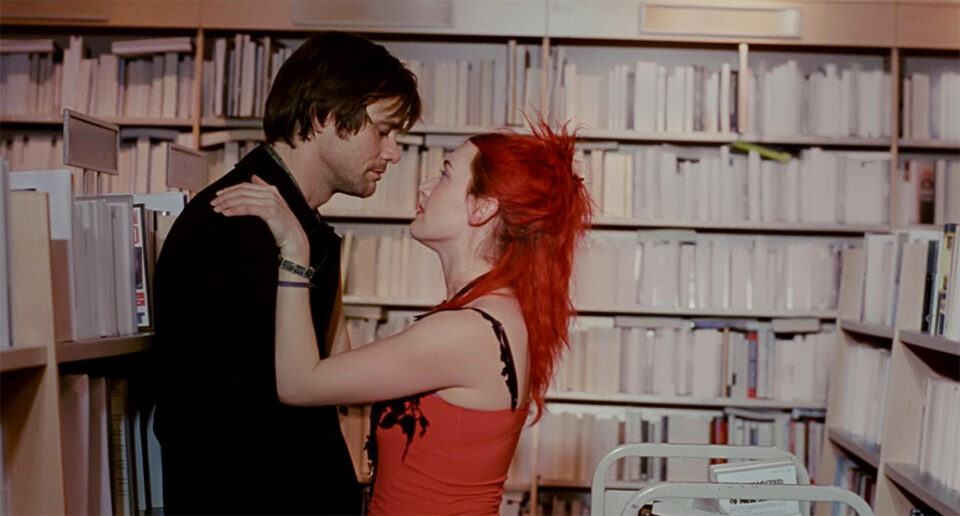 Here we go again. That’s what was going through my head when I began to watch the first few minutes of “Eternal Sunshine of the Spotless Mind.” I already knew what this movie was going to be about as soon as I laid my eyes on the scrawny, mumbling protagonist Joel, played by Jim Carrey. I decided to stay for the story because it was intriguing, nonetheless, and sat for nearly two hours as I witnessed an incredibly annoying Joel try to recall the major events of his doomed relationship with Clementine, played by Kate Winslet. In the movie, Joel and Clementine undergo a procedure to remove their memories of each other, and as Joel files through his increasingly vague recollections of Clementine to fight the procedure, it follows him sorting through a range of emotions and experiences he garnered from her.

“I thought she was much more interesting than Joel, but I knew then that this was part of the mechanisms of the story.”

Now, my problem with the movie is this (besides the fact that I couldn’t seem to grasp what Joel was discovering or saying as the director chose to make everything center around his erratic thoughts, though the cinematography is quite beautiful): it offered no perspective from Clementine. Basically her only role in the film was to display her impact on the era of their relationship. She has no true plotline of her own, and what disappointed me the most was that we didn’t get to see enough of her side of the story. I wanted to see how the memory-forgetting device affected her, because surely it had as much of an emotional impact on her as it did on Joel. I wanted to know more about her opinions on everything from politics to fashion, because to me she was the most intriguing character, with her steady change in hair color and eccentric clothing choices. I thought she was much more interesting than Joel, but I knew then that this was part of the mechanisms of the story. It’s Joel’s journey, and Clementine is simply the thing that changed him, for better or worse. Joel is gravitated toward her and views her, especially in the beginning of their relationship, as someone more whimsical than she likely is or wants to be portrayed as. She even notes this and rejects the very character she is made to be with the line, “Too many guys think I’m a concept, or I complete them, or I’m gonna make them alive. I’m just a f***ed up girl looking for my own peace of mind.”

Though the story is mostly about the failures of their relationship, Clementine is a subtle pawn of the Manic Pixie Dream Girl trope, the type of unrealistic female character created by men who displays no serious emotions or dynamic interests other than changing her usually boyfriend’s perspective on life.

Film critic Nathan Rabin coined the term “Manic Pixie Dream Girl” (MPDG) after watching Kirsten Dunst’s character, Claire, in the movie “Elizabethtown” (2005). Rabin said in his review of “Elizabethtown” that the MPDG “exists solely in the fevered imaginations of sensitive writer-directors to teach broodingly soulful young men to embrace life and its infinite mysteries and adventures.”

These characters are also often attributed to having dyed hair and an always exceedingly positive outlook on life. Though the aesthetic features of quirky fashion choices like dyed hair are a common appearance in modern movies that utilize these plot devices, this type of character exists everywhere, and its characteristics date all the way back to some of Audrey Hepburn’s most iconic roles, like Princess Ann in “Roman Holiday” (1953).

The reason why they exist everywhere is because men dominate film — women account for 35% of writers in the independent film industry, according to the Center for the Study of Women in Television and Film. Subsequently, men also dominate film with the “male gaze” — how men perceive women to feel, think and act based on their opinions as cis, heterosexual men. There is also an abundance of whiteness in the execution of these types of characters.

Despite the relevance and considerable truth to the MPDG term, it’s important to remember it was, ironically, created by a man. And while the qualifications of the term are identifiable, the complications of its creation and the aftermath shouldn’t be overlooked. Rabin came up with this term after watching “Elizabethtown” and the specifics of Claire’s character, so it’s important to understand this role can’t be applied to every typical girlish character in an indie movie. As many female film writers and critics have mentioned, this term can put limitations on the complexities of female characters in film, as well as the notion that the term has spiraled out of control into a sexist ideology itself. Actress and screenwriter Zoe Kazan remarked on the limitations the term imposes in an interview with Vulture about her film “Ruby Sparks,” saying, “It’s a way of describing female characters that’s reductive and diminutive, and I think basically misogynist,” and “I think that to lump together all individual, original quirky women under that rubric is to erase all difference.”

“Whether we should discredit this term altogether is not the point, but rather how we can create a space in the movie industry where this term isn’t even relevant because women are portrayed realistically.”

Whether we should discredit this term altogether is not the point, but rather how we can create a space in the movie industry where this term isn’t even relevant because women are portrayed realistically. This goal can be achieved by uplifting and supporting more film projects organized by women, and not just white women. When there’s more honest representation behind the scenes, there’s more honest representation in the final product.

To say the movies that display eternally happy female characters are inherently bad is not necessarily true; it’s just sometimes hard to resonate with these characters, especially when they’re shown as teenage girls who already have their lives figured out, because that’s just not honest. Women can be happy, but they can also be angry and confused or anything else they want to be. It’s no coincidence that “Lady Bird” (2017), written and directed by Greta Gerwig, is an indie favorite. This film displays the normal confusion, anger and melancholic events of a typical teenage girl, all through the eyes of a woman. It’s simply honest and there’s no one stereotype emitted, and that’s why it’s pretty wonderful. Gerwig, a white woman, is one of the few prominent female writers and directors of the indie movie industry, which says a lot about how we choose to promote and show the type of movies that are typically viewed as more intellectually or artistically relevant than blockbusters. Are we really being honest? Or are we dragging ourselves into a very white, pretentious, male-oriented aesthetic masterpiece rabbit hole?

Writing about women honestly and creatively is important, not only for young women who are “looking for their own peace of mind,” but also for young men. Movies are incredibly impressionable and teach us a lot about cultural nuances; the storytelling within these movies is critical for people who don’t know a lot about a group that is being portrayed. If teenage boys are only given the option to watch films created by men that incorporate women but are still male-centric, chances are they probably aren’t going to be impacted in an honest or positive way by a female role. This can affect how they think of women, just as much as how women can be negatively impacted by a female role they can’t relate to. With even more honest portrayals of women, imagine where we’d be at. It wouldn’t change everything about these dynamics, but it sure would help a lot.

What are your thoughts on the MPDG term? Let us know in the comments below.