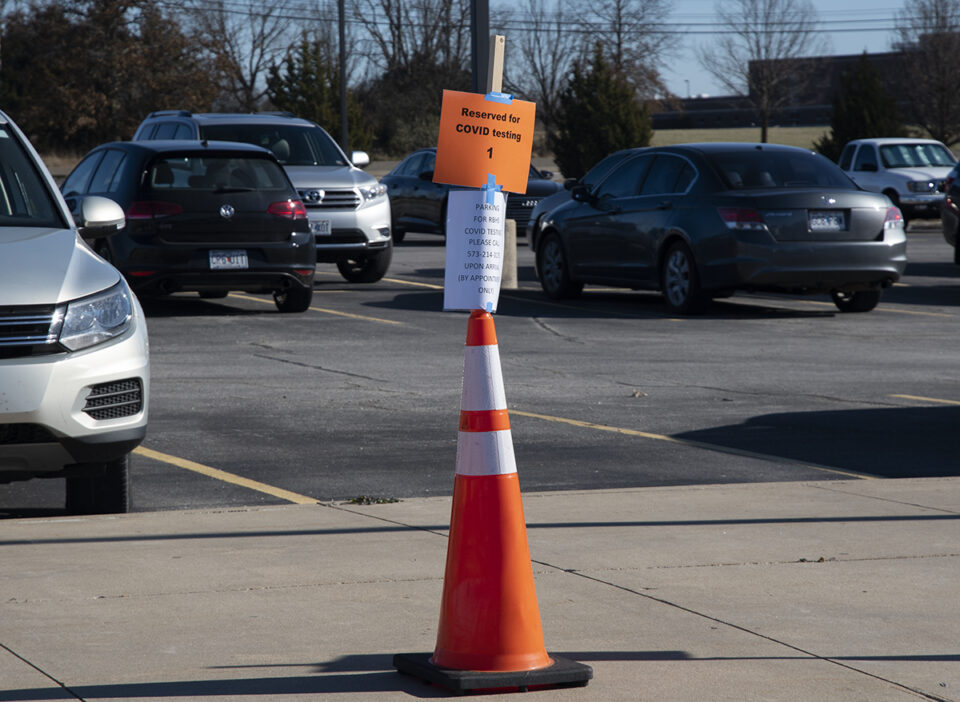 Columbia Public Schools (CPS) began offering free COVID-19 testing for students and staff on Dec. 4. The tests are available on weekdays at RBHS and Hickman High School to anyone exhibiting symptoms of the virus.

The district made this program available after receiving a batch of testing kits from the Department of Health and Senior Services (DHSS). CPS was one of many school districts across Missouri that were offered testing resources and took advantage of the opportunity to test as many community members as possible, RBHS nurse Tammy Adkins said.

“Testing kits were offered to school districts around the state of Missouri from the [DHSS] and [CPS] took them up on the offer,” Adkins said. “Because we are in virtual learning right now, we decided the most efficient way to test was to offer at two sites.”

CPS is using rapid antigen tests, which are minimally invasive, inexpensive and can return results within minutes. The federal government recently prioritized antigen test kits for K-12 schools, leading the DHSS to establish a statewide order allowing school-based nurses to administer the test.

The program is meant to make testing more easily available to the CPS community, RBHS nurse Danielle Lamm said. The rapid results and financial accessibility is helpful for testing large numbers of people and mitigating the spread of the virus, she added.

“We felt like this was a useful service to our community, especially those who might not have insurance or the financial means to get tested,” Lamm said. “The results are ready in about 15 minutes, so it also allows us to quickly notify positive cases and their close contacts which could help contain the spread of the virus.”

The tests are being facilitated by a team of CPS nurses, including Lamm, who run a triage phone line to schedule testing appointments and answer questions from callers about COVID-19. Adkins said the program has been running smoothly so far.

“Our turnout grows a little bit more each day,” Adkins said. “In the ‘lab’ [testing facilities] we have teams of 2 nurses working together too, and that has been great with making sure we are getting all the steps in for consents and data entry that needs to be done related to the actual swabbing.”

Adkins and Lamm agreed that the turnout has been great. Since testing began, the nurses were able to not only administer a large number of tests, but also further educate community members on the virus.

“In our first four days of testing, we’ve tested 66 students and staff,” Lamm said. “We’ve also received multiple calls through our nurse triage line in which we’ve been able to educate about symptoms, recommended testing dates [and] quarantine and isolation FAQs.”

Have you used the nurse triage phone line yet? Let us know in the comments below.