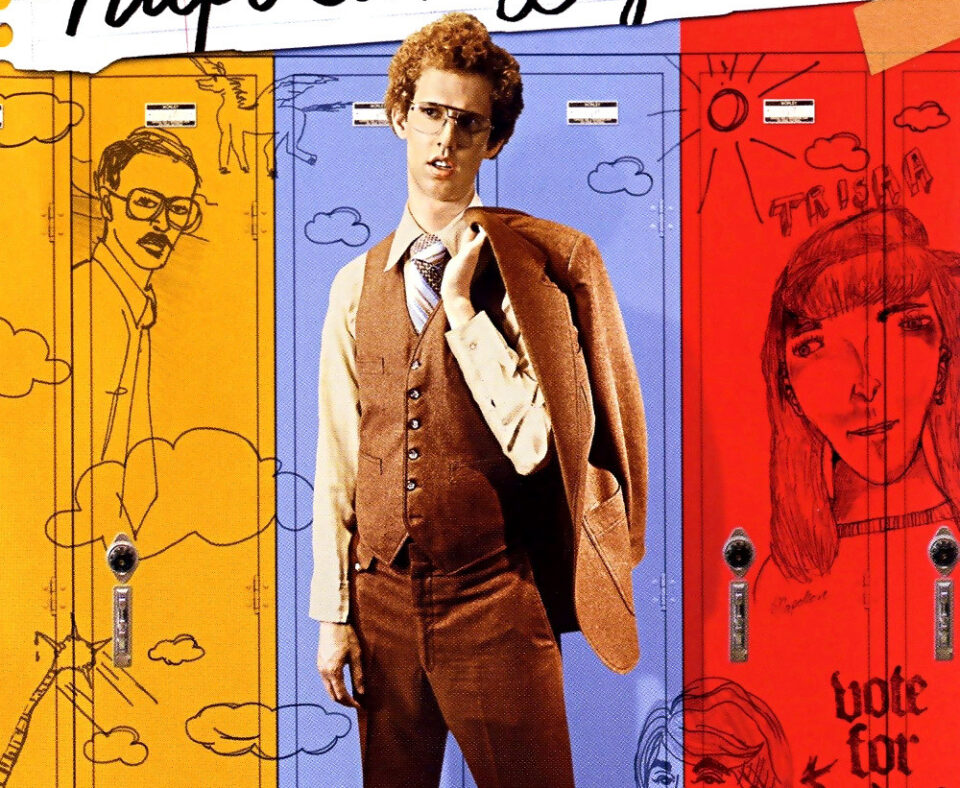 It’s almost officially winter, which means it is now the season of harried tests, bitingly cold weather and lots of inside time. Few things offer more escape during the colder months than the world of cinema, and sometimes indulging in a harmless movie is exactly what is needed. Since going to movie theaters isn’t much of an option right now, here is a list of five comfort movies to watch from home.

Starting off this list is a personal family favorite and slightly underrated rom-com, “My Big Fat Greek Wedding” (2002). It follows Toula (Nia Vardalos), a Greek woman who falls in love with Ian (John Corbett), a non-Greek, and them meeting and adjusting to each other’s families. The movie is about Toula’s huge family learning to accept Ian, even if he’s not exactly who they want for her. It’s a perfect mix of funny and sweet, and for that reason, it’s a nice movie to watch that will always ensure its audience a happy ending.

If you don’t want to just watch rom-coms — which are always the move for comfort but not necessarily impactful— you can throw in a little Wes Anderson action. Anderson’s films are always aesthetically satisfying and nowadays, many of them are just formulated for his specific aesthetic niche, but a truly good one is one of his earlier films, “The Royal Tenenbaums” (2001). This movie is about three adult siblings (played by Gwyneth Paltrow, Luke Wilson and Ben Stiller) who each had notable talents as children but are now forced to unpack loaded family dynamics and trauma, mostly as a result of their father, Royal Tenenbaum (Gene Hackman). This movie is at first glance unrelatable, but turns out to be honest and delightfully charming, and provides for a perfect little tear-jerker, not to mention an iconic cast.

Next is “Four Weddings and a Funeral” (1994). It is crucial to include at least one 90s Hugh Grant movie on this list, and this is one of the best. This movie follows Charles (Grant), and his group of friends as they attend numerous weddings and social events. Charles meets Carrie (Andie MacDowell) at the first wedding, and they go their separate ways. As they run into each other at more events, Grant realizes he loves her while simultaneously dissecting his difficult relationship with commitment and marriage. This movie contains very British, witty humor and is 90s to its core, and somehow works very well to create a serene setting the viewer can escape to for a little less than two hours. Plus, it does well in incorporating some new messages and dynamics into the typical rom-com plotline.

A totally different movie from the previous, though equally comforting, is “Napoleon Dynamite” (2004). It’s about the movie’s namesake, Napoleon (Jon Heder), the “outcast” at his highschool in rural Idaho, and his befriending of the also awkward Pedro (Efren Ramirez), who Napoleon helps in his campaign to run for student body president, and the shy Deb (Tina Majorino). “Napoleon Dynamite” reaches the criteria for this list because it is a cult classic that never disappoints; the Happy Hands Club scene is never not funny, as well as all the very quotable lines and scenes, such as “Napoleon, make yourself a dang quesadilla.” This movie has absolutely no plot the viewer needs to invest their energy in, it’s simply an entertaining and bizarre experience.

Last, but not least, is the screwball comedy “What’s Up, Doc?” (1972). This movie stars Barbra Streisand, Ryan O’Neal and Madeline Kahn and is about the mix-up of four identical plaid bags in a hotel in San Francisco. Each party is very different and has their own personal items in their bag, among them a man carrying confidential government documents, a musicologist carrying igneous rocks, a woman carrying her clothes and dictionary and a wealthy elderly woman carrying expensive jewels. The four bags get switched around, and subsequently chaos ensues as each dissimilar party tries to get them back from each other. The car chase scene in this movie has to be one of the best, mainly because it consists of a clip of them trying to get their way through the world’s most crooked road, Lombard street. “What’s Up, Doc?” is very entertaining and goofy, but also very unrealistic, which makes it a qualified comfort movie.