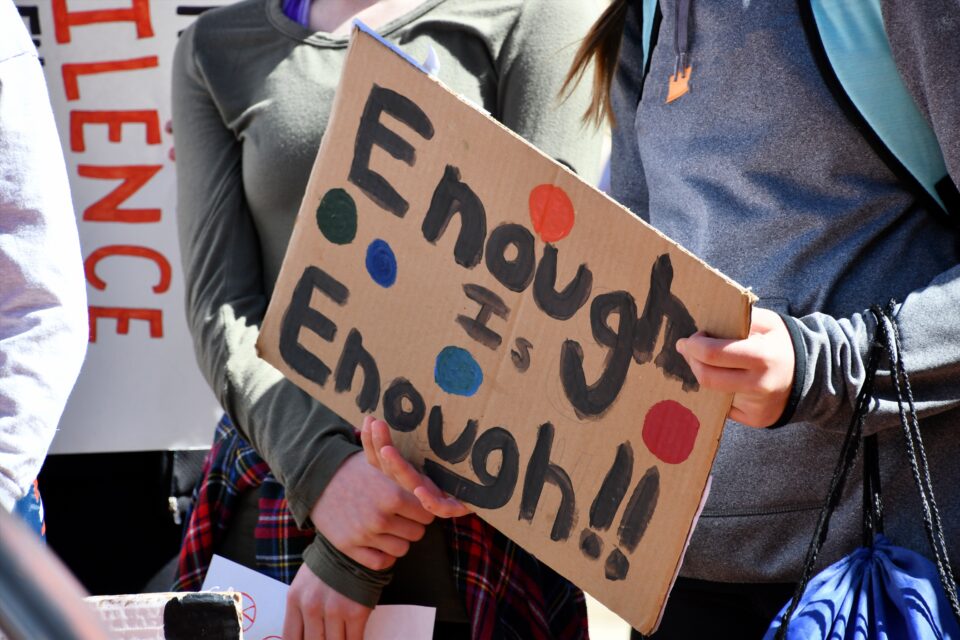 The United States faced a great loss after the Sandy Hook shooting eight years ago, on Dec. 14, 2012. But, the country has faced such incidents before and after that day, including the 1999 Columbine shooting and the 2018 Stoneman Douglas shooting. In memory of the lives forever changed by these incidents, it is important to constantly evaluate the state of gun violence and its prevention.

Despite many public places being closed, mass shootings, defined as a shooting resulting in four or more casualties, have increased greatly this year. As of Dec. 14, there have been 600 mass shootings, compared to 417 in 2019. By August of this year, the mass shooting total had surpassed the end-of-year totals for 2014 to 2018. Even in the midst of nationwide closures, gunfire on school grounds has resulted in 14 deaths and 30 injuries.

The trend of gun violence is unmistakable, with around 3 million K-12 students exposed to the incidents annually. From 1999 to 2014, the average number of days between school shootings was 124, and from 2015 to 2018, it was 77. The frequency of school shootings is rising, but people are trying to prevent more violence through policy change.

From some surviving students of the Stoneman Douglas shooting starting the #NeverAgain movement to hundreds of protestors marching into the National Rifle Association’s office on Capitol Hill after the Sandy Hook shooting, activist groups have formed to demand institutional change. Recent increase in mass shootings also brings awareness to gun control across the U.S. Despite the commonly known policies that have not been passed, such as bans on assault weapons and universal background checks, legislation remains a key aspect of advocacy.

Most of the focus has been on preparatory strategies and mental health counseling. State policymakers across the country passed the highest number of laws outlining preparatory strategies after the Sandy Hook and Parkland school shootings, and 37 states, not including Missouri, have laws that target character development or social and emotional learning. But, such laws put the onus on personal character, despite studies being inconclusive, to provide an association between a diagnosed mental health illness and committing acts of violence. Students with such mental health problems are actually more likely to be the victims.

Countries across the world have also taken such measures in response to their own school shootings. Germany started the Networks Against School Shootings Project where teachers are trained to identify the “leaking behavior,” such as behavior or communication that indicates a student is planning a violent attack, that often comes before targeted school attacks. There is a school‐based team tasked to evaluate the situation and intervene. This program identified at least 19 high-risk cases in its first 7 months, and the students involved were given help.

A Secret Service study found in almost every one of the 41 evaluated school shootings, the students who were responsible had exhibited leaking behavior to both adults and classmates. The intervention of “troubled” students by providing assistance and support has been proven to be more effective in combating violence than “zero-tolerance” policies where students are removed from schools for even small violations. Currently there are 14 million students in schools where there is police present but no counselor, nurse, psychologist or social worker. Having students and faculty report potential threats will likely help lessen school shootings and violence.

There also has been legislative work concerning kids and gun safety at home, such as safe-storage and children-access prevention (CAP) laws, to prevent pediatric access to firearms. By starting at a domestic level, the hope is to reduce gun violence in children as a whole. The RAND corporation, a think tank specializing in evaluating policy measures, reports a strong correlation between CAP laws and a decrease in suicides and unintentional injuries and deaths. Half of the states have such laws, with a 59% reduction in firearm fatalities in children under 15 as compared to opposed without CAP laws.

School and mass shootings alike point toward a grim outlook, with the U.S. having almost one-third of all public mass shootings in the world from 1966 to 2012. Fearing the COVID-19 pandemic and rising political tensions, Americans have bought 17 million guns as of Oct. 30. The Harvard Injury Control Research Center finds that such increased accessibility and amount of guns leaves individuals at a higher risk of homicide. First-time buyers make up for much of this surge, with the group responsible for around 40% of gun sales in the first four months of the year. The average over the past two decades was 24%.

We can look toward history to make change, so this drastic increase in firearms to protect oneself doesn’t inadvertently lead to more victims in the future. Although the debate on gun violence and associated laws is often politically polarized, it is evident the action taken so far is not enough to reduce school and mass shootings. Without passing significant legislation, considering many policies’ efficacy being supported by evidence, the number of shootings in a year will only continue to increase.

What do you think needs to be done to prevent school shootings? Let us know in the comments below.