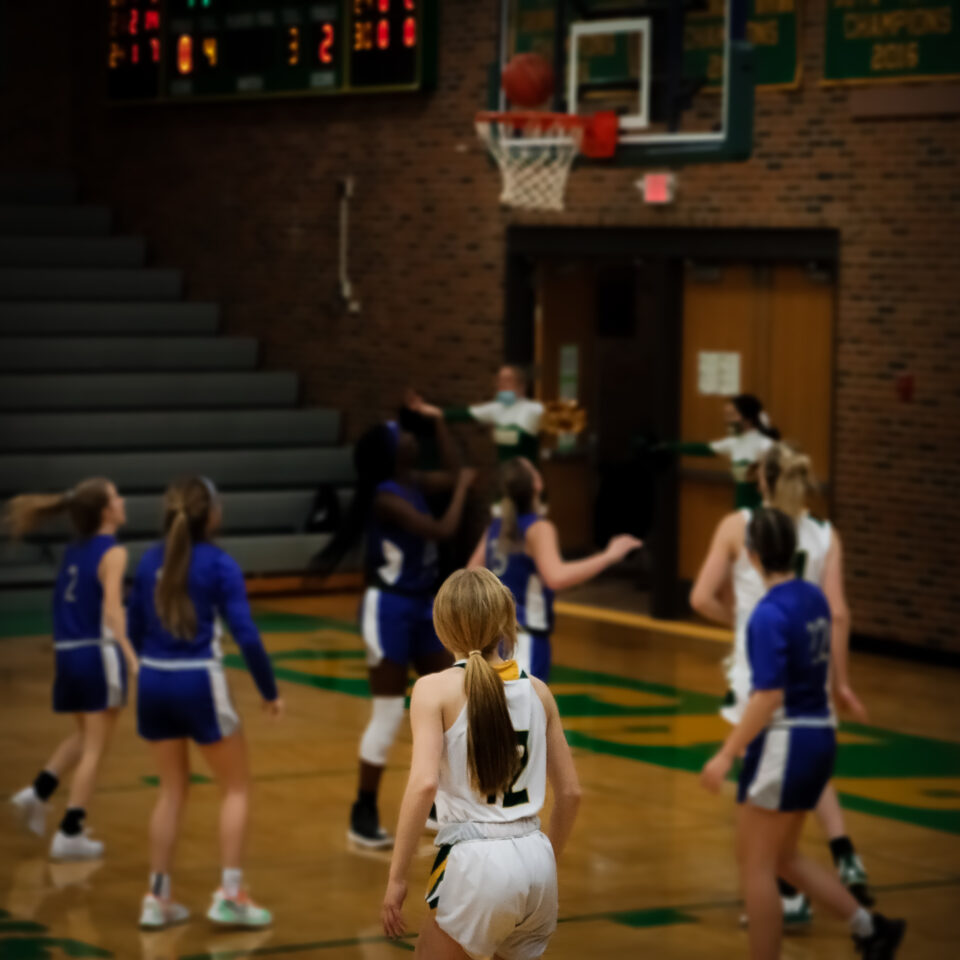 The RBHS girls’ basketball team took on Capital City high school on Thursday, Jan.14. After making several adjustments to their playing strategy during the game to adapt to the other team’s plays, the girls won 60-21.

“This team played a different defense than anyone we’ve played so far this season,” senior Kate Linnemeyer said. “We had to make some offensive adjustments during the game and we will definitely be working on them more at practice.”

Head coach Jill Nagal said team members have been learning how to play different positions at practices. Although they’ve had to quarantine, manage player injuries and handle a challenging travel schedule, Nagal said the girls have continued working hard through the obstacles.

“We have adapted and grown [and remained] flexible in our offensive and defensive schemes,” Nagal said. “Our goal is to win districts and set new goals so we work each day in practice to make ourselves better than the previous day.”

Junior Averi Kroenke said some plays the team had to work on was boxing out—positioning oneself to rebound the ball after it is shot—and rebounding in general. Kroenke said although they won by a large margin, focusing within the moment rather than on the score proved to be difficult. As a team sport, basketball requires the full attention of all active players on the court. Kroenke said for her, however, the game was not serious at all times and had its humorous instances.

“The most memorable moment was when me and Mary Primus tripped and fell over each other,” Kroenke said. “And we kept trying to help each other up, but couldn’t.”

The win Thursday night made the team’s overall record for the season 9-3.

“Our goal is to win districts and set new goals so we work each day in practice to make ourselves better than the previous day.”

Before their next game, Linnemeyer agreed with Kroenke on the specific plays the girls need to practice. Improvements in rebounding and offense would help them build an early lead.

“It’s not always easy but the more focused you are, the faster you can pull away with a comfortable lead,” Linnemeyer said. “The most memorable part of the game was getting everyone involved on offense and everyone stepping into their roles on the court so we [could] come away with a win.”

Have you been to a girls’ basketball game recently? Let us know in the comments below.