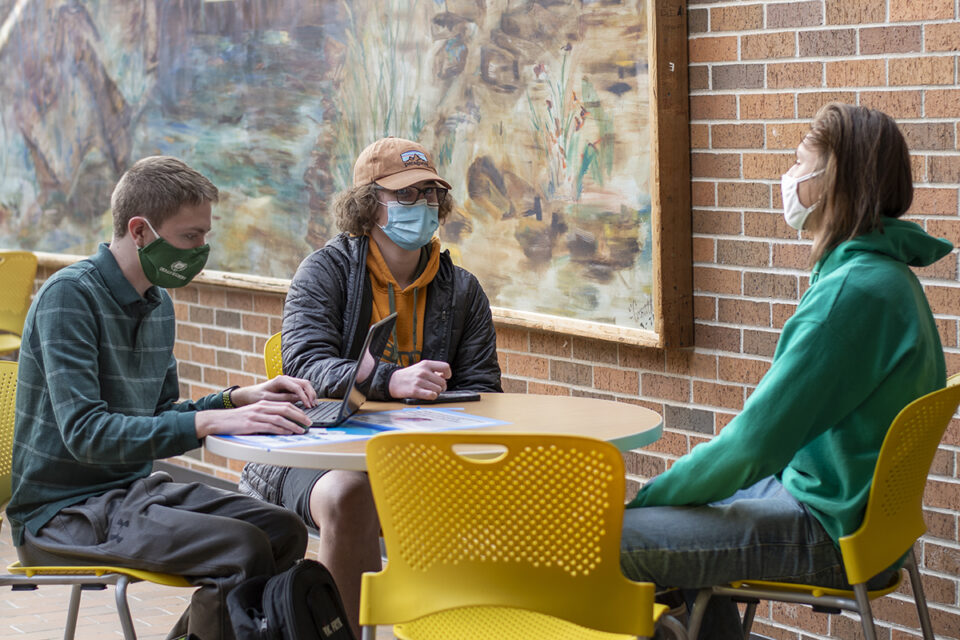 After the Columbia Public Schools (CPS) Board of Education voted to bring high school students back in-person through a hybrid model on Jan. 11, students prepared for the return to RBHS after vacating the school 10 months before.

Questions arose over the functionality of this new model and how students and staff would be able to work in a safe manner. Several changes implemented by CPS were outlined in a series of RBHS Principal Jacob Sirna’s newsletters to reduce the chances of the spread of COVID-19, such as splitting returning students up by sending last names A-K to school on Mondays and Tuesdays and last names L-Z on Thursdays and Fridays. Other strategies to maintain social distancing included keeping all students and teachers through Zoom even while in the classroom.

How did the first day back in-person go for you?

“The first day back is very strange. Maybe it’s because I am used to an entirely different atmosphere, or just because of the amount of people strictly online this year. I was surprised by the emptiness of the halls at all times. The classes still feel normal, however, in comparison to the halls, and I appreciate the teachers’ fantastic job of making it feel like the actual difference is very minimal.”

“The first day went fine. I was happy to hang out with people in person. It was not nearly as awkward as the conversations I had on Zoom with my classmates. The day kind of felt like a blur and it was also really long. Very strange but fun.”

“There were no surprising changes… Some people did the nose out [mask] thing in some weird act of defiance. Nothing really out of the ordinary for a mid-Missouri high school.”

“I’d say that the day back was interesting. After around 10 months of virtual learning, I was completely accustomed to joining a zoom and then being dismissed to work on my own thing for the class. The transition to in person was a stark contrast to this, mainly because teachers had the capabilities to retain the classroom’s attention for an hour and a half rather than creating a daily agenda then dismissing your zoom classroom after a couple of minutes. While the first day back was different than what I’ve grown used to, I’m excited to see what opportunities emerge in hybrid learning that weren’t there in virtual.”

“When initially hearing about the school board’s decision to open schools back up for in person learning, I remember thinking how much of a train wreck it would be. Forcing teachers to make preparations for in person learning in such a stringent time frame, and especially the teachers and staff members that are at an exceptionally higher-risk of getting sick. However after Tuesday, I’d heard from some friends in group A that the school did a pretty good job in preparing to hold so many students, which I can succinctly confirm after today. One significant thing that surprised me was how quiet the school was. Last year, there was always the white noise of people chatting and footsteps in the hallways, which is almost entirely gone now. To me, it really takes away a lot of the anticipations and excitement I had to go back in person.”

“My day went really well. It was nice to be back at school after ten months and going to my classes. It finally felt like things were finally starting to go back to normal.”

“I was really surprised about how distanced and safe it was. I kind of thought that it would be more crowded in the halls but getting to my classes I was distanced the whole time.”

How did the first day of in-person instruction go for you? Let us know in the comments below.

Senior Nora Crutcher-McGowan is one of two Editors-in-Chief for Southpaw and Bearing News. In her free time, she enjoys watching movies, finding swimming holes and listening to music.