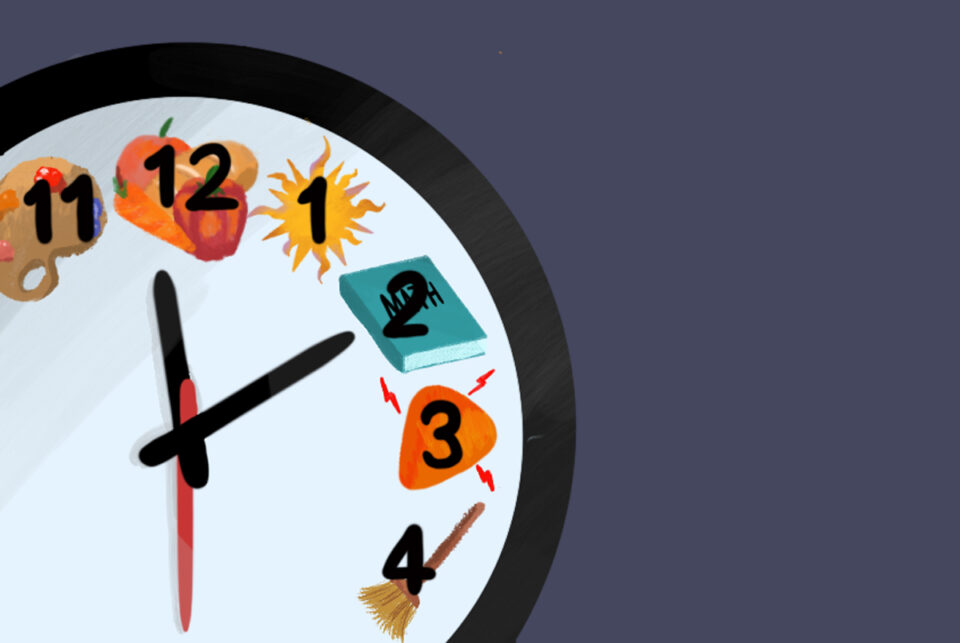 Boone County local news KMIZ, released data in late October in regards to Columbia Public School’s (CPS) first grading progress report on Oct. 8 showing there has been an increase of nearly 600% in failing grades. This includes elective classes such as art, physical education, choir and band in middle school students and an increase of 74% in high school students.

When learning new classroom material from home, students tend to struggle coping with the schedule adjustments, as one in every three K-12 students are put at a disadvantage due to a lack of sufficient internet access, according to a report developed by the Boston Consulting Group working with the non-profit organization Common Sense. As a student, building a new schedule without prioritizing what would be in a student’s long-term best interest as well as being in a distracting environment could complicate a student’s educational experiences and disturb their work ethic. However, if students set aside time to create a rough outline of a schedule that would adapt to the classes for the student, they would have higher chances of managing their time to the best of their ability.

When learning new classroom material from home, students tend to struggle coping with the schedule adjustments, as one in every three K-12 students are put at a disadvantage due to a lack of sufficient internet access, according to a report developed by the Boston Consulting Group working with the non-profit organization Common Sense.

Creating a healthy schedule should include getting at least eight hours of sleep, daily exercise, a healthy diet and designated time to complete school related tasks. Interactions with close family and friends also plays a key role in the development of a students mental health.

According to the Center for Disease Control And Prevention students ages 13-18 should be receiving 8-10 hours each night. Without acquiring the suggested hours of sleep, teenagers may be exposed to higher levels of stress, a weaker immune system and problems focusing. In order for students to receive the proper amount of recommended sleep, they should try to limit their screen time or set a “media curfew.”

Performing some form of physical exercise releases chemicals in the brain called endorphins, which can not only reduce stress by acting as natural pain killers but can also improve an individual’s ability to sleep. Studies by the Anxiety and Depression Association of America say that even five minutes of aerobic exercise can stimulate anti-anxiety effects by restoring the brain’s prefrontal mechanism and lowering emotional and physiological reactivity. Waking up early and committing to an activity as simple as a walk everyday could improve one’s ability to focus.

An individual’s mood during the course of the day can be heavily affected by what food groups they consume. Harvard University’s School of Public Health reports consuming carbohydrates such as vegetables, fruits, whole grains and beans and avoiding sugary beverages can improve one’s mood for the day and their overall health. An imbalanced diet could potentially lead to binge eating disorders, poor concentration and mood swings triggered by fluctuations in blood sugar levels.

Based on studies by American InterContinental University (AIC) ranking tasks in importance can allow time to clarify details and gather more information on the assignment. AIC further recommends setting deadlines and being flexible when learning new information about the task and what you should be prioritizing. Students who effectively prioritize their work-load are more likely to find academic success.

In light of the pandemic, students have the opportunity to create their own schedule that could improve their overall performance in school. If students can learn to manage their time correctly they can build a more efficient learning system for themselves.

How have you learned to manage your time? Let us know in the comments below.