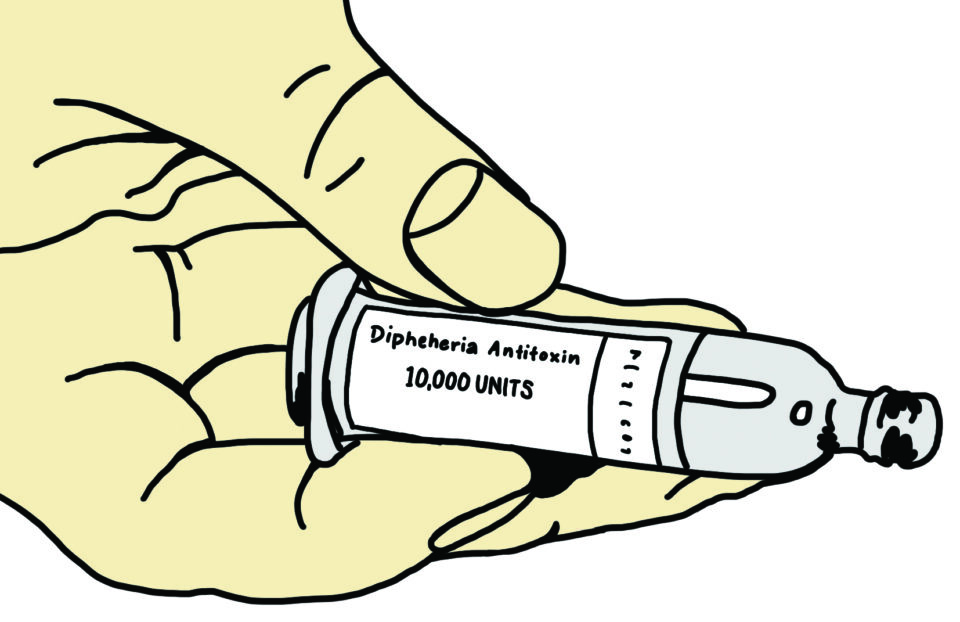 Inoculation, or vaccination practices, first began thousands of years ago, not long after doubters of this health discovery began to emerge. Even as inoculation has evolutionized through myriads of diseases and discovery and grown strong in the presence of modern science and technology, skeptics are hesitant to subscribe to the idea. Anti-vaxxers, or people who do not support vaccination, challenge the needed participation in mass vaccination as Americans continue to fight the COVID-19 pandemic.

The origins of distrust

After countless studies and scientific evidence proving the benefits of mass immunization, false theories and articles that illustrate negative effects of vaccinations influence people. Dr. Monique Luisi, who is an assistant professor of strategic communication at the University of Missouri — Columbia School of Journalism and specializes in media messages related to disease, treatments and the lives of minority groups, said though some of this vaccine avoidance is based on theory, it stems from a wide spectrum of reasons.

“Some of it [vaccine opposition] is [theory], like the idea that the government is trying to control people, but the issue is more complex,” Dr. Luisi said. “It’s important to understand that anti-vaxxer attitudes run a spectrum. Some people may feel that all vaccines are unhealthy, while others subscribe to getting only the minimum number they personally feel are required [like measles, mumps and rubella vaccine (MMR)] while avoiding others that are elective [like HPV and influenza].”

“Antivax[xer] conspiracy theories have developed over time with fear and lack of information,” Hayes said. “Someone’s child had an adverse reaction or something happened to them shortly after they were vaccinated, so once that correlation is made, [anti-vaxxers] think that applies to all vaccines.”

“It’s important to understand that anti-vaxxer attitudes run a spectrum. Some people may feel that all vaccines are unhealthy, while others subscribe to getting only the minimum number they personally feel are required [like measles, mumps and rubella vaccine (MMR)] while avoiding others that are elective [like HPV and influenza].”

Dr. Monique Luisi, assistant professor at the University of Missouri—Columbia

Fearful parents tend to be at the forefront of this movement. In 1998, British physician Andrew Wakefield published a piece in The Lancet that suggested a connection between the MMR vaccine and the development of autism in children. Despite the retraction of this piece because of findings of flawed and unethical research, the report seemed to set off a resurgence of distrust in vaccination practices, as the MMR vaccination rate dropped from 92% in 1996 to 84% in 2002 in the U.K., according to the National Institutes of Health. This myth spread to North America as well, culminating in a measles outbreak in the United States in 2014, in which around 125 people were infected because of low vaccination rates in people visiting the Disneyland Resort in California. More locally, a mumps outbreak occurred at the University of Missouri — Columbia in 2016.

These myths continue to permeate society. The publishing of information later disproven or rebuked can still have drastic impacts, and Hayes said the disproven claims ultimately affect populations in a negative way.

“Anti-vaccination conspiracy theories affect our ability to get to herd immunity and eradicate an illness,” Hayes said. “The more people in a population that are vaccinated, the less chance we have of someone having a disease and that disease spreading. Groups that do not vaccinate their children intentionally put those people that cannot vaccinate or who have weakened immune systems at risk.”

The beginning of the internet and the rise of social media platforms that allow typical citizens to organize groups with shared interests and fall to algorithms supporting particular ideologies likely lends to this problem. Junior Emma Howell, a former BioMed student of Hayes, said she thinks the limited digital media literacy skills of older generations makes these theories attractive.

“Because these [anti-vaxxer] parents grew up in an age before the need for digital media literacy, they don’t have the basic skills to tell the difference between articles providing them with accurate information and articles written to mislead and misinform them. As a result, they fall victim to conspiracy theories,” Howell said. “They have good intentions, but they put their faith in bad sources.”

Howell blames the spread of these inaccuracies on unskilled social media users, and Dr. Luisi said this inaccurate information is able to spread quickly on social media platforms, but most groups or individuals are well-intentioned.

“While the spread of misinformation may be initiated by groups, it continues to be spread often by well-meaning, concerned citizens. Unprofessional groups may be just that — unprofessional — but they may seem credible and believable to many,” Dr. Luisi said. “Also, they do not often appear to be anonymous, and many groups may have a following.”

Though the people spreading myths online may not have bad intentions, it ultimately proves harmful, Dr. Luisi said. People take this misinformation seriously and it can affect themselves and their immediate communities.

Concerned mothers and fathers cling to the stories of others, and what results is a misguided conception that a coincidentally tragic accident is the norm for vaccinated children, Hayes said. Though some people’s bodies react poorly to certain vaccines, they are overwhelmingly safe.

“Our bodies do not read the textbook that would tell them how they are to react to certain things, so some people’s bodies will overreact or not react at all when given vaccines,” Hayes said. “How their own body reacts, should dictate their own personal future vaccine path with consultation with their doctor. But just because it happened to your neighbor, does not mean it will happen to you.”

Worries have emerged over what some believe is the accelerated production of a COVID-19 vaccine. In an NBC article written by Dr. Lior Brimberg, assistant professor at the Feinstein Institutes for Medical Research, she dispels the concerns and myths circulating, again stating there is no evidence to prove a correlation between vaccines and autism. She also said the presence of small side effects actually means the vaccine is working.

“During normal times, that [misinformation] may have been tolerable. During a pandemic, however, that kind of misinformation and denial of scientific fact poses a significant risk to the American population.”

To be aware of the cautions surrounding the Pfizer-BioNTech and Moderna COVID-19 vaccines, it’s crucial to first understand the science of these particular vaccines, as they are some of the first to use messenger RNA (mRNA). mRNA is a genetic coding material bodies use to create proteins. The COVID-19 vaccines work because the body is able to recognize the new protein that is delivered and develops an immune response to it, and unlike other vaccines, a piece of the virus is not injected into the body. Despite the fact that this is the first time this practice is being used in regulated vaccines, research surrounding mRNA vaccines dates back to the 90s. Dr. Luisi said the caution surrounding the COVID-19 vaccines is, again, because of a plethora of reasons, but mainly because of the concern for the rush.

“During normal times, that [misinformation] may have been tolerable. During a pandemic, however, that kind of misinformation and denial of scientific fact poses a significant risk to the American population,” Howell said. “This movement may also act as a gateway to other conspiracy groups, which contributes to the political polarization and destabilization of this country, culminating recently in the attacks on the Capitol. Overall, I think the nature of this movement now poses a significant threat to the United States that must not be ignored.”

Despite the country’s fascination with conspiracy theories and celebrity input such as actress Jenny McCarthy who touted the vaccination-autism theory, Dr. Luisi said she thinks this provides an opportunity to change the way doctors interact with their patients.

“Doctors and health care providers, while not often famous, can do a lot of the important work to keep the conversations going with patients and the community to be relatable,” Dr. Luisi said. “Specifically, remembering that we are all human, that we want the best for ourselves and our loved ones. Scary things, even if it’s misinformation, make us want to double-check. Addressing fears and concerns, and not shunning, may be key to increasing vaccination acceptance.”

How do you think social media has perpetuated false theories? Let us know in the comments below.