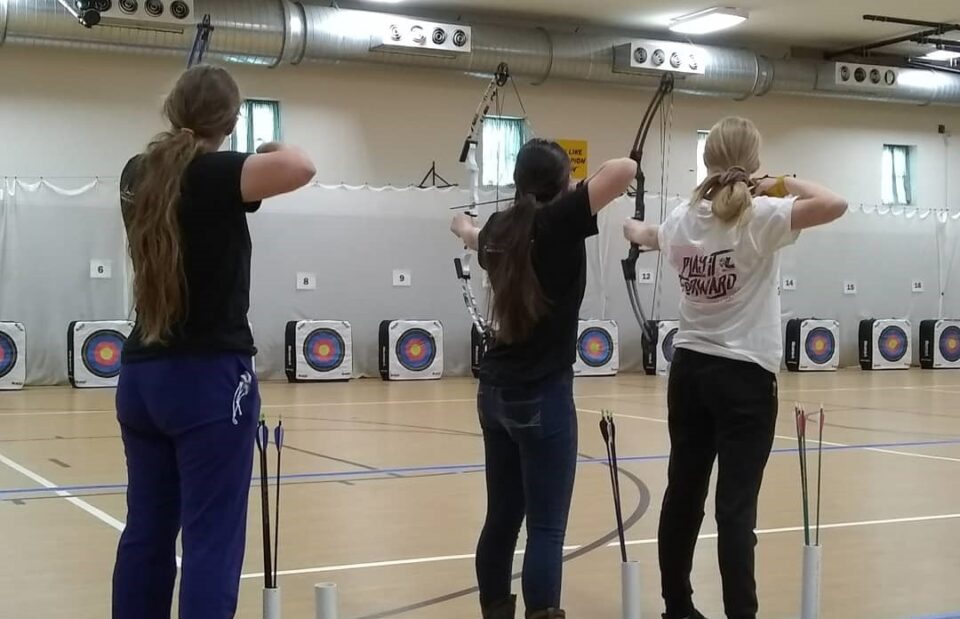 After receiving approval from RBHS administration, a group of Columbia Public Schools (CPS) educators, parents and students have started Rock Bridge’s archery club. The club is separate from Gentry Middle School’s (GMS) archery club, where a combination of GMS and RBHS students used to practice together. Sophomore Sofie McMurray, a student leader of the new RBHS club, explained why she and her fellow archers started the club.

“We decided to start a club because a lot of archers from [GMS] were in or going to be in [RBHS] and we outgrew practicing with the middle school,” Sofie McMurray said. “It gives a chance to the kids coming into RBHS to continue doing it.”

Angie Roberds, a GMS coach who sponsors, coaches and directs the RBHS and GMS teams, and who has implemented other archery clubs at Oakland Middle School and Battle High School, said her incentive for helping to start the club at Rock Bridge was to allow students to continue to participate in the sport as high schoolers. She explained the competition system for archery in Missouri.

“This club sport has tournaments across Missouri that students can sign up for to compete against other students on the weekends,” Roberds said. “If the students score high enough to qualify for the state archery tournament [the coaches] will take them to that championship weekend as well.”

After she got approval to start the programs at both GMS and RBHS, Roberds said she modeled the clubs after the National Archery in the Schools Program (NASP). Following the NASP teaching and safety program enables students to compete in weekend tournaments. Roberds said a club didn’t exist at RBHS before because of the amount of commitment it takes to run the sport.

Bree McMurray, another coach for the club, said meetings will be separate from practices. Since archery season is from January through March, members will practice once a week if they intend to compete in tournaments and participate in club meetings once a month.

“There is a state tournament so if you qualify and if you qualify high enough you’re eligible to register for state archery,” Bree McMurray said. “…[Club meetings] will probably be the first week of the month.”

Sofie McMurray said practices will occur in the AUX gym, and returning archers will use their own bows and gear and new archers can use equipment provided by the school.

There are few qualifications for joining the club. Bree McMurray said it is not a MSHAA sport so physicals are not required.

“The only thing that we are going to expect is that the kids are going to be respectful and want to have fun, and they are able to be a full-time student at Rock Bridge,” Bree McMurray said. “You do not need any prior experience with archery [and] accommodations can be made for students of different abilities.”

Regarding plans for the club, Sofie McMurray said she hopes to make it a good size and do some fundraisers in the future.

“Maybe one day we will host a tournament at RBHS. I hope to qualify for state one day, and I hope to continue to have fun while doing it,” Sofie McMurray said. “Archery should be a fun and light environment for everyone involved.”

What do you think of the addition of an archery club at RBHS? Let us know in the comments below.