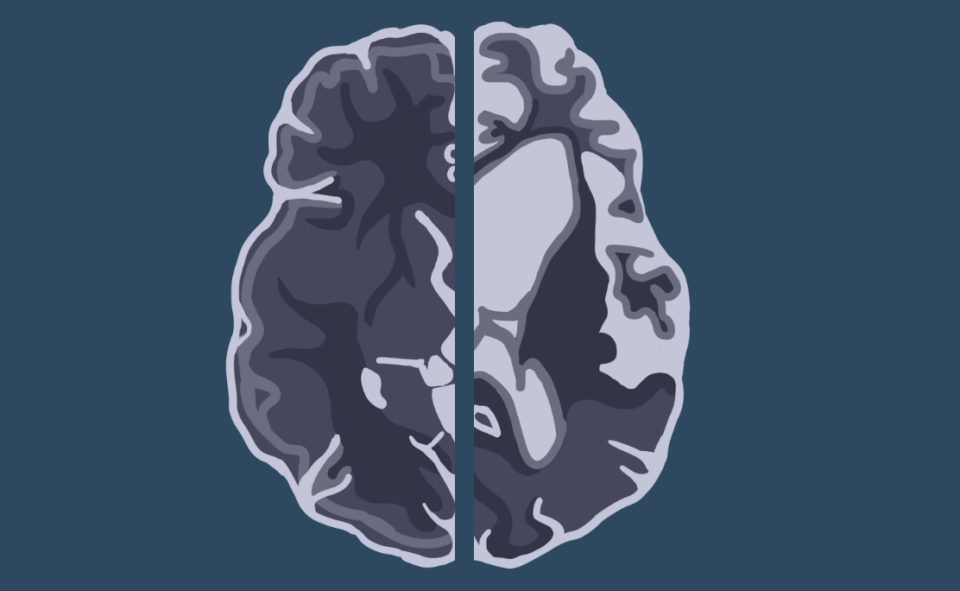 A paper published in 2007 discusses the case of FK, a man in his late 50s. FK was arrested for gross lewdness and child endangerment due to public urination near a school. Despite no psychiatric history, FK would spit compulsively and fondle himself in front of others. FK had immigrated to the US two years before he committed these crimes and had then shown no signs of concerning social behavior. His deteriorating condition was later supplemented by neurophysical testing post-arrest; the neuroimaging found that FK suffered from Pick’s disease.

Pick’s disease, or frontotemporal dementia, is characterized in scans by atrophy of the frontal lobes. Patients with Pick’s disease are highly susceptible to criminal behavior, due to sociopathic tendencies from neurological abnormalities. Although FK did commit criminal violations, the discussion of his autonomy brings light to the importance of neuroethics, an intersectional field that emphasizes the importance of philosophy when assessing neurological data.

“Medicine is applied science; iterative, guided by the scientific method and geared towards seeing a replicable data driven truth. The law searches for the truth, but within a system with other large and sometimes competing goals such as social cohesion, predictability and moral authority. This makes the intersection complicated and fascinating.”

According to a study done by Dr. Mario Mendez, Professor of Neurology and Psychiatry at UCLA, “as many as 94% of homicide offenders, 61% of habitually aggressive persons, and 78% of sex offenders may have brain dysfunction.” Assessing offenders’ autonomy is integral to understand moral and legal responsibility. Dr. Walter Glannon, a Professor of Philosophy at the University of Calgary, has published numerous books and papers on neuroethics and culpability. His interest in the philosophy of the mind manifests as in-depth ethical studies of cases like FK’s.

“A deontological[,] or Kantian theory, says that people deemed criminally responsible for an action deserve to be punished for committing a criminal act.  This assumes that the offender had free will, or what I prefer to call behavior control,” Dr. Glannon said. “If the offender lacked this control because of a brain abnormality, then they would not deserve to be punished.”

Neuroscience, although not a completely charted field, provides insight and explanation regarding one’s behavior. Dr. Judith Edersheim is the co-Founder and co-Director of the Center for Law, Brain and Behavior (CLBB), based at Harvard Law School, Harvard Medical School and Massachusetts General Hospital. With both a JD and a MD, Dr. Edersheim works at the intersection of science and the legal system.

“Medicine is applied science; iterative, guided by the scientific method and geared towards seeing a replicable data driven truth,” Dr. Edersheim said. “The law searches for the truth, but within a system with other large and sometimes competing goals such as social cohesion, predictability and moral authority. This makes the intersection complicated and fascinating.”

Dr. Edersheim’s unique education offered her perspectives, specifically in the realm of criminal law and forensic science, that allowed her to see the potential of neuroscience to explain cases like FK’s. She started the CLBB in an effort to offer more research and knowledge into the growing field.

“My legal training and background made it evident to me that in certain ways, the law was misunderstanding how to apply brain science in its existing frameworks, and neuroscientists were misunderstanding their roles in the larger legal system,” Dr. Edersheim said. “It was this dysjunction that was leading to palpable injustices, and I wanted to remedy that.”

However, neuroscience must be cautiously used in criminal cases. Dr. Glannon’s work details how and if we should assess neuroimaging, such as Magnetic Resonance Imaging (MRI) scans of the brain, in the context of a criminal proceeding.

“Structural (CT, MRI) and functional (PET, fMRI) imaging has been used to supplement rather than supplant behavior evidence when it is ambiguous or inconclusive.  But there are degrees of brain dysfunction and uncertainty about its implications for responsibility,” Dr. Glannon says. “It is not clear what degree of function or dysfunction indicates that an offender lacked the capacity to control her behavior, had difficulty controlling it, or had this capacity but failed to exercise it when she performed a criminal act. Imaging alone will not answer the question of control except possibly in rare cases, like … FK.”

“Neuroscientists need to educate the public in general, and judges and juries to ensure that they do not make brain-biased judgments about offenders.“

The CLBB tackles these issues and many more, taking on cases and projects to revolutionize the legal field. Emily Rehmet, the Project Manager and Clinical Research Coordinator for the CLBB, previously studied Neuroscience and Public Policy at Brown University and worked as a research fellow for the Center of Science and Law, a non-profit in Houston, Texas which focused on the technology behind incorporating science into law. Her experience across multiple fields allows her to understand both the limitations and potential of criminal neuroimaging.

“Because science is ever-evolving as new evidence comes to light, it can be tricky to successfully translate the most recent scientific evidence to tackle real-life problems. This translation of life sciences into the realms of social science and the law/policy will never be perfect, but it is important that as a society we are using the best knowledge available to inform our decisions,” Rehmet said. “There are times when it is clear that science should be appropriately incorporated, and other times when science cannot (or should not) be integrated at all”

Think tanks and researchers work to make sure that there are as much context and support for the people working on such complex cases as possible. The possible harm from neuroscience in law must be mitigated.

“There have been cases where juries were unduly influenced by images of the brain without considering that images are not exact representations of brain activity, or that mental activity in reasoning and decision-making correlates with but is not identical to brain activity,” said Dr. Glannon. “Neuroscientists need to educate the public in general, and judges and juries to ensure that they do not make brain-biased judgments about offenders.”

Neuroscience data is powerful, and undoubtedly offers unique evidence that has not been seen before. However, the holes in understanding the field of neuroscience also translate to the use of neuroimaging in cases.

“Imaging may help to predict which offenders will re-offend and help to decide which offenders should continue being incarcerated and which should be release[d],” Dr. Glannon said. “But this is probabilistic rather than deterministic. Some will re-offend. Others will not. Looking at images of their brains will not provide a definitive answer to this question.”

The CLBB’s goal is to supplement the growing field as much as possible, collating information and frameworks to properly understand situations and increase the efficacy of neuroscience practices in law. There is actionable work being done in order to improve the US’s legal system.

“CLBB integrates neuroscience into high-impact amicus briefs related to criminal justice, including an amicus brief challenging the harsh punishment of juveniles submitted to the U.S. Supreme Court, and an amicus brief cited by the Massachusetts Supreme Judicial Court that led to improved rules for governing the use of eyewitness memory in courtrooms,” Rahmet said. “[A CLBB led] training has served federal judges and probation and pretrial officers in more than 40 federal districts, focusing on improving responses to justice-involved individuals with mental health and substance use disorders, from initial appearance to sentencing.”

The inclusion of neuroimaging in law is revolutionary. Despite all that is unknown, neuroscience has shown a capacity to explore criminal behavior through new perspectives.

“What does the new neuroscience of memory tell us about memory in the courtroom? What does traumatic experience do to the human brain and the structure of human narratives? Our work is applied neuroscience in the service of justice, in all of its stages and contexts,” Dr. Edersheim said.  “Contributing neuroscience that leads to someone’s exoneration is life affirming. Contributing accurate and actionable neuroscience to law reform efforts is critical for remedying injustice on a larger scale.”

How do you think neuroscience should be incorporated into law? Let us know in the comments below.